The Greatest Prophets between Christianity and Islam: 2-Prophet Idris (Enoch) 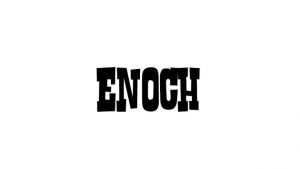 Which to choose: the Muslim Idris or the Christian Enoch?

He is Idris as named by the Qur’an or Enoch as named by the Bible. He was one of the earliest prophets after Prophet Adam that both Islam and Christianity honor and praise despite the lack of details about his life either in the Bible or the Qur’an.

However, Islam’s honoring and praise of Prophet Idris is much more consistent, logical and reasonable than those of Christianity as will be discussed below.

While Christianity praises Prophet Idris or Enoch in the Bible, including both the Old Testament and the New Testament, it, as usual, overpraises him and claims that he was raised to Heaven and he did not die.

In the New Testament, we, for example, read: By faith Enoch was translated, that he should not see death, “and was not found because God had translated him.” For before his translation he had this testimony: that he pleased God. (Hebrews 11:5)

In the Old Testament, we read: “And Enoch lived sixty and five years, and begot Methuselah. And Enoch walked with God after he begot Methuselah three hundred years, and begot sons and daughters. And all the days of Enoch were three hundred sixty and five years. And Enoch walked with God; and he was not, for God took him.” (Genesis 5:21-24)

Islam reasonably praises and honors Prophet Idris among other prophets. In the Qur’an, we read:

And [mention] Ishmael and Idris and Dhul-Kifl; all were of the patient. And We admitted them into Our mercy. Indeed, they were of the righteous. (Al-Anbiya 21:85-86)

The Qur’an tells us that God raised him to a high station as he was a prophet and a man of truth. We read:

In interpretation of the above Qur’anic verse, in the hadith on Al-Israa’ and Al-Miraj recorded by Al-Bukhari, Anas reported: “When Gabriel passed by Idris (in Heaven), he (Idris) greeted: ‘Welcome, O good prophet and good brother!’ I (Prophet Muhammad) wondered: ‘Who is this?’ He (Gabriel) said: ‘This is Idris…”

Islam’s praise and honoring of Prophet Idris did not overstep the boundaries of consistency, reasonability and logicality. Islam just stated that it admitted him into the mercy of God, being a prophet among the righteous and men of truth, and that he was raised to a high station.

Though such a “high station” is given different interpretations by Muslim exegetes, there is no conclusive evidence that Idris did not die, a fact consisting with the Islamic negation of the worldly life eternity. We read:

And We did not grant to any man before you eternity [on earth]; so if you die – would they be eternal? (Al-Anbiya 21:34)

As for Christianity, it claims that Idris (Enoch) and Elijah (2 Kings 2:1) were risen to Heaven and did not die, which does not consist with Jesus’ reported negation of ascension to Heaven for everybody other than him. We read: “No one has ascended into heaven except the one who descended from heaven—the Son of Man.” (John 3:13)

If Christians really believe in the ascension of both Enoch (Idris) and Elijah despite Jesus’ negation of ascension for everybody other than him, why do they refuse to believe in Prophet Muhammad’s miracle of Al-Israa’ and Al-Miraj?