The Greatest Prophets between Christianity and Islam: 7-Prophet Ishmael 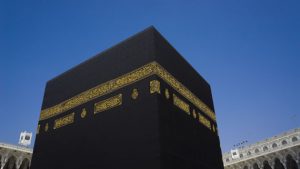 Prophet Ishmael was the son of Prophet Abraham and Lady Hagar, the brother of Prophet Isaac, the forefather of the Arabized Arabs (Ishmaelites), and the predecessor of Prophet Muhammad (peace be upon all of them).

Unlike the biblical attitude, Islam does not discriminate against or in favor of any prophet or any descendants of a prophet.

Islam highly honors and praises Prophet Ishmael. For example, the Qur’an tells us that Prophet Ishmael was one of the prophets who were preferred to worlds. We read:

The Qur’an also tells us that Prophet Ishmael was one of the elite of the prophets. We read:

And remember Ishmael, Elisha and Dhul-Kifl, and all are among the chosen. (Saad 38:48)

The Qur’an states that Prophet Ishmael was of the patient whom God admitted into His mercy. We read:

And [mention] Ishmael and Idris and Dhul-Kifl; all were of the patient. And We admitted them into Our mercy. Indeed, they were of the righteous. (Al-Anbiyaa’ 21:85-86)

The Qur’an also mentions that Ishmael was a prophet and a messenger who was true to his promise and with whom God was pleased. We read:

And mention in the Book, Ishmael. Indeed, he was true to his promise, and he was a messenger and a prophet. And he used to enjoin on his people prayer and zakah and was to his Lord pleasing. (Maryam 19:54-55)

The Qur’an tells us that Prophet Abraham as well as his Egyptian wife, Lady Hagar, and his firstborn baby, Prophet Ishmael, moved to the Valley of Bakkah, later known as “Makkah Al-Mukarramah”.

The Qur’an also tells us that Prophet Abraham was commanded to rebuild the Holy Sanctuary after its demolition by the Great Deluge. It was the first house ever made for people to worship God. It had been built by angels and it was then rebuilt by Abraham and Ishmael. In the Qur’an, we read:

Indeed, the first House [of worship] established for mankind was that at Bakkah – blessed and a guidance for the worlds. (Aal `Imran 3:96)

About the command to rebuild the Holy Sanctuary, revive monotheism and enact pilgrimage rites, we read:

And [mention, O Muhammad], when We designated for Abraham the site of the House, [saying], “Do not associate anything with Me and purify My House for those who perform Tawaf and those who stand [in prayer] and those who bow and prostrate. And proclaim to the people the Hajj [pilgrimage]; they will come to you on foot and on every lean camel; they will come from every distant pass (Al-Hajj 22:26-27)

Ishmael participated in rebuilding the Holy Sanctuary, reviving monotheism and the supplication to God to secure the Valley of Bakkah, provide its people with fruits, make their descendants begotten there faithful offspring and send Prophet Muhammad as a prophet and messenger to them. About that, we read:

And We charged Abraham and Ishmael, [saying], “Purify My House for those who perform Tawaf and those who are staying [there] for worship and those who bow and prostrate [in prayer].” And [mention] when Abraham said, “My Lord, make this a secure city and provide its people with fruits – whoever of them believes in Allah and the Last Day.” [ Allah ] said. “And whoever disbelieves – I will grant him enjoyment for a little; then I will force him to the punishment of the Fire, and wretched is the destination.” And [mention] when Abraham was raising the foundations of the House and [with him] Ishmael, [saying], “Our Lord, accept [this] from us. Indeed You are the Hearing, the Knowing. Our Lord, and make us Muslims [in submission] to You and from our descendants a Muslim nation [in submission] to You. And show us our rites and accept our repentance. Indeed, You are the Accepting of repentance, the Merciful. Our Lord, and send among them a messenger from themselves who will recite to them Your verses and teach them the Book and wisdom and purify them. Indeed, You are the Exalted in Might, the Wise.” (Al-Baqarah 2:125-129)

Our Lord, I have settled some of my descendants in an uncultivated valley near Your sacred House, our Lord, that they may establish prayer. So make hearts among the people incline toward them and provide for them from the fruits that they might be grateful. (Ibrahim 14:37)

Prophet Ishmael Offered as a Sacrifice

The Qur’an indicates that it is Ishmael whom Prophet Abraham was commanded to slay. It is Ishmael also who was ransomed with a great sacrifice upon slaughter and after submission to the command of God. In the Qur’an, we read:

And We ransomed him with a momentous sacrifice: And We left (this blessing) for him among generations (to come) in later times: “Peace and salutation to Abraham!” Thus indeed do We reward those who do right. For he was one of our believing Servants. And We gave him the good news of Isaac – a prophet,- one of the Righteous. (As-Saffat 37:107-112)

The above Qur’anic verses make clear that Isaac had not been born when the sacrifice incident took place. Rather, good news of his birth was given after this incident. It is Ishmael who was the only son of Prophet Abraham at the time.

However, unfortunately, as one of the forms of discrimination against Prophet Ishmael, the Bible alleges that it is Isaac who experienced the sacrifice incident along with his father, Prophet Abraham. It is ironic that the Bible involves such indications which prove the falsehood of the above claim.

In the Bible, we read: After these things God tested Abraham and said to him, “Abraham!” “Here I am,” he answered. “Take your son,” he said, “your only son Isaac, whom you love, go to the land of Moriah, and offer him there as a burnt offering on one of the mountains I will tell you about.” (Genesis 22:1-2)

The above verses tell us that God commanded Prophet Abraham to slay his “only son”. Accordingly, Isaac was never an only son. It is Ishmael who had remained Abraham’s only son until Isaac was born.

Supposing that the intended meaning is “the only son whom Abraham loves”, there is nothing in the Bible which indicates that Abraham loved his son Isaac rather than or even more than his firstborn son Ishmael. This is just a form of discrimination against Ishmael in favor of Isaac.

And [mention, O Muhammad], when Abraham was tried by his Lord with commands and he fulfilled them. [Allah] said, “Indeed, I will make you a leader for the people.” [Abraham] said, “And of my descendants?” [Allah] said, “My covenant does not include the wrongdoers.” (Al-Baqarah 2:124)

Makkah (Mecca) in the Bible