The Greatest Prophets between Christianity and Islam: 4-Prophet Lot 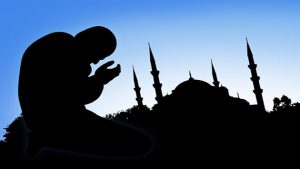 In fact, Both Christianity and Islam concur on honoring and praising Prophet Lot and commemorating his as well as his family’s deliverance from the torture which was inflicted on his people who used to commit immorality.

The Bible praises and describes Prophet Lot as “a righteous man.” We read: “And delivered righteous Lot, sore distressed by the lascivious life of the wicked (for that righteous man dwelling among them, in seeing and hearing, vexed his righteous soul from day to day with their lawless deeds)” (2 Peter 2:7-8)

The Bible relates to us how God delivered Lot and his family as He was merciful to him. We read: And when the morning arose, then the angels hastened Lot, saying, “Arise, take thy wife and thy two daughters who are here, lest thou be consumed in the iniquity of the city.” And while he lingered, the men laid hold upon his hand, and upon the hand of his wife and upon the hand of his two daughters, the Lord being merciful unto him; and they brought him forth and set him outside the city. (Genesis 19:15-16)

Moreover, Christianity claims that Prophet Lot worshiped others beside God. In the Bible, we read: And (the) twain angels came to Sodom in the eventide, while Lot sat in the gates of the city. And when he had seen them, he rose, and went to meet them, and worshiped low to the earth, and said, My lords, I beseech, bow ye [down] into the house of your servant, and dwell ye there; wash ye your feet, and in the morrowtide ye shall go into your way (and in the morning ye shall go on your way). Which said, Nay, but we shall dwell in the street. (Genesis 19:1-2)

The Qur’an honors and praises Lot as it tells us that he was one of the prophets who were preferred to worlds. We read:

The Qur’an also relates to us how God delivered Prophet Lot from the torture which afflicted his people. We read:

The angels said, “O Lot, indeed we are messengers of your Lord; [therefore], they will never reach you. So set out with your family during a portion of the night and let not any among you look back – except your wife; indeed, she will be struck by that which strikes them. Indeed, their appointment is [for] the morning. Is not the morning near?” (Hud 11:81)

The image Islam paints for Prophet Lot in the Qur’an is more becoming and suitable than the one Christianity does in the Bible. The Qur’an tells us that Prophet Lot was one of the prophets who were preferred to worlds and therefore he deserved to be delivered from torture by God. There is nothing which contradicts that in the Qur’an.

In Christianity, despite the praise of Prophet Lot and his description as “a righteous man”, major sins and immoralities, like drinking wine, committing incest, and worship of others beside God are ascribed to him.

It is ironic that Christianity prohibits drinking wine in the Bible. In the Old Testament, we read: And the Lord spoke unto Aaron, saying, “Do not drink wine nor strong drink, thou, nor thy sons with thee, when ye go into the tabernacle of the congregation, lest ye die. It shall be a statute forever throughout your generations, that ye may put difference between holy and unholy, and between unclean and clean, and that ye may teach the children of Israel all the statutes which the Lord hath spoken unto them by the hand of Moses.” (Leviticus 10:8-11)

Also, the Bible commands worship for God only. In the Bible, we read: Then Jesus said to him, “Go away, Satan! For it is written and forever remains written, ‘You shall worship the Lord your God, and serve Him only’” (Matthew 4:10)

If the Bible prohibits ordinary people from drinking wine and committing incest and commands worship for God only, how come wine is drunk, incest is committed and others are worshiped beside God by one of the prophets who were preferred to worlds?