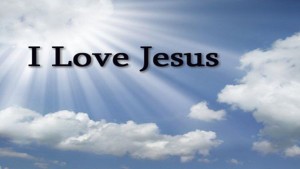 Jesus is not in God, neither is God in Jesus

In the New Testament, there are several positions where Jesus is quoted as saying that he is “in God” and that God is “in him”. We read: “But if I do them, even though you do not believe me, believe the works, that you may know and understand that the Father is in me, and I in the Father.” (John 10:38)

However, do the above verses mean that God is in Jesus, Jesus is in God, Jesus is God or a son of God literally?

As a matter of fact, the above verses should not be understood literally but metaphorically. The evidence for that is provided by Jesus himself. In the New Testament, we find some verses which indicate that God is in other than Jesus and someone or some people other than Jesus are in God also.

In the following verses, we notice that Jesus says that his disciples are in God just as he is in God. We read:

“And what union can there be between God’s temple and idols? For we are the temple of the living God. As God said: ‘I will live in them and walk among them. I will be their God, and they will be my people.’” (2 Corinthians 6:16)

We further read: “I am the true vine, and my Father is the gardener. He cuts off every branch in me that bears no fruit, while every branch that does bear fruit he prunes so that it will be even more fruitful. You are already clean because of the word I have spoken to you. Remain in me, as I also remain in you. No branch can bear fruit by itself; it must remain in the vine. Neither can you bear fruit unless you remain in me. “I am the vine; you are the branches. If you remain in me and I in you, you will bear much fruit; apart from me you can do nothing. If you do not remain in me, you are like a branch that is thrown away and withers; such branches are picked up, thrown into the fire and burned. If you remain in me and my words remain in you, ask whatever you wish, and it will be done for you.” (John 15:1-7)

The New Testament also states that Jesus remains in his followers even after his ascension. We read: “Examine yourselves to see whether you are in the faith; test yourselves. Do you not realize that Christ Jesus is in you—unless, of course, you fail the test” (2 Corinthians 13:5)

We also read: “Righteous Father, though the world does not know you, I know you, and they know that you have sent me. I have made you known to them, and will continue to make you known in order that the love you have for me may be in them and that I myself may be in them.” (John 17:25-26)

We also observe that Jesus’ apostles say in the New Testament sometimes that God is in them and sometimes that Jesus is in them. We read: “But when God, who set me apart from my mother’s womb and called me by his grace, was pleased to reveal his Son in me so that I might preach him among the Gentiles, my immediate response was not to consult any human being.” (Galatians 1:15-16)

We also read: “They only were hearing it said, ‘He who used to persecute us is now preaching the faith he once tried to destroy.’ And they glorified God in me.” (Galatians 1:23-24)

We further read: “I have been crucified with Christ and I no longer live, but Christ lives in me. The life I live in the body, I live by faith in the Son of God, who loved me and gave himself for me.” (Galatians 2:20)

“That your glorying may abound in Christ Jesus in me through my presence with you again.” (Philippians 1:26)

The question now is: do the above verses mean that the disciples or Jesus’ followers are sons of God or Jesus literally because it is said in the New Testament that they are in him/Him or he/He is in them?

In fact, neither God’s being in Jesus nor Jesus’ being in God implies that Jesus is God or the son of God. The meaning of “Jesus’ being in God” is rather that he is close and deeply attached to God as a prophet and messenger of God. This is proven by the impossible existence of Jesus, the disciples and Jesus’ followers in God.

This is rather a metaphorical usage which is indicative of the disciples’ extreme closeness and strong attachment to God as the Deity and to Jesus as a teacher. God’s being in Jesus, the disciples or Jesus’ followers, implies God’s company, support and protection.