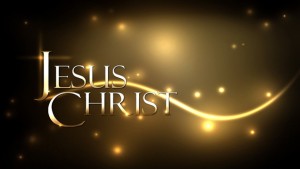 The descriptions of Jesus in the New Testament include “Prophet of God” and “God’s Messenger”. I will deal with some positions where Jesus is given those two descriptions in detail.

Is Jesus the Prophet of God?

We also read: And having come into His hometown, He was teaching them in their synagogue, so that they were astounded and saying “From where did this wisdom and the miracles come to this One? Is not this One the son of the carpenter? Is not His mother called Mary, and His brothers, James and Joseph and Simon and Jude? And His sisters, are they not all with us? From where then did all these things come to this One?” And they were taking-offense at Him. But Jesus said to them, “A prophet is not without honor except in his hometown and in his house”. (Matthew 13:54-58)

The New Testament also quotes a woman as describing Jesus as a “prophet” while talking to him. He did not disapprove of or negate that. We read: “’Sir,’ the woman said, ‘I can see that you are a prophet.’” (John 4:19)

We read: “And that he may send the Messiah, who has been appointed for you…For Moses said, ‘The Lord your God will raise up for you a prophet like me from among your own people; you must listen to everything he tells you. Anyone who does not listen to him will be completely cut off from their people.’” (Acts 3:20-23)

We also read: “This is that Moses, which said unto the children of Israel, A prophet shall the Lord your God raise up unto you of your brethren, like unto me; him shall ye hear.” (Acts 7:37)

Anyway, supposing that those verses prophecy Jesus, we notice that Moses said: “A prophet…like unto me”, that is to say that Christians believe that Jesus is a prophet of God according to the New Testament itself.

Is Jesus the Messenger of God?

Jesus is unequivocally described as “God’s messenger” in the New Testament. We read: “And so, dear brothers and sisters who belong to God and are partners with those called to heaven, think carefully about this Jesus whom we declare to be God’s messenger and High Priest. He was faithful to the one who appointed him, just as Moses was faithful in all God’s house.” (Hebrews 3:1-2)

We often observe that Jesus frequently states that God “sent” rather “begot” him, which conclusively confirms that Jesus is a messenger sent by God and that his alleged sonhood of God is a metaphorical one. Had it been a literal one, Jesus would have said “begot me” rather than “sent me” and explained the nature of such irrational sonhood.

We further read: “The Spirit of the Lord is on me, because he has anointed me to proclaim good news to the poor. He has sent me to proclaim freedom for the prisoners and recovery of sight for the blind, to set the oppressed free.” (Luke 4:18)

We read: “So God sent back the same man his people had previously rejected when they demanded, ‘Who made you a ruler and judge over us?’ Through the angel who appeared to him in the burning bush, God sent Moses to be their ruler and savior.” (Acts 7:35)

The New Testament also equates Moses with Jesus for both were faithful to the one who appointed them. A prophet can be equated only with a prophet. A prophet cannot be equated with a son of God.

We read: “And so, dear brothers and sisters who belong to God and are partners with those called to heaven, think carefully about this Jesus whom we declare to be God’s messenger and High Priest. He was faithful to the one who appointed him, just as Moses was faithful in all God’s house.” (Hebrews 3:1-2)

Not only does the New Testament equate Jesus with a prophet like Moses, but it also equates him with his disciples when it comes to such characteristics which are exclusive to him. Thus, nothing left in the New Testament which distinguishes Jesus and raises him above the human level.

Jesus’ literal sonhood of God is negated and his prophethood is confirmed by his repeated acknowledgement of his inability to do anything by himself and his affirmation that all of his acts were actually done by God Who sent him.

We read: “By myself I can do nothing; I judge only as I hear, and my judgment is just, for I seek not to please myself but him who sent me.” (John 5:30)

In clear-cut terms, Jesus emphasized more than once that he was sent to let people know the only true God. Had Jesus been a son of God literally, he would have, for example, called on people to worship him beside God for being the son of God.

However, Jesus’ call for monotheism has only one implication which is the oneness of God and Lord as well as the negation of polytheism arising from belief in Jesus as a son of God in a literal sense for this contradicts what Jesus himself expressly called for.

We read: “Now this is eternal life: that they know you, the only true God, and Jesus Christ, whom you have sent.” (John 17:3)

Finally, Jesus told us that he was sent only to the children of Israel. Only a prophet was sent to a certain people. A son of God would have been sent to all humanity. As God is the Lord of all mankind, His alleged son should have been a demigod for all mankind.