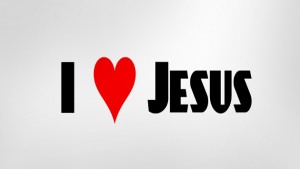 We also read: “The Word became flesh and made his dwelling among us. We have seen his glory, the glory of the one and only Son, who came from the Father, full of grace and truth.” (John 1:14)

However, what is meant by Jesus’ description as “the Word of God”? Does this mean that he is “God” or the “Son of God” as some people fancy?

As a matter of fact, Jesus’ description as “the Word of God” means that he was created merely by a word from God which is “Be” only, thereby Jesus came into being, without a material for creation, like clay as in Adam’s case, rib as in Eve’s case or semen as in the case of all mankind.

In Matthew’s Gospel, we read:

This is how the birth of Jesus the Messiah came about: His mother Mary was pledged to be married to Joseph, but before they came together, she was found to be pregnant through the Holy Spirit. Because Joseph her husband was faithful to the law, and yet did not want to expose her to public disgrace, he had in mind to divorce her quietly.

But after he had considered this, an angel of the Lord appeared to him in a dream and said, “Joseph son of David, do not be afraid to take Mary home as your wife, because what is conceived in her is from the Holy Spirit. She will give birth to a son, and you are to give him the name Jesus, because he will save his people from their sins.”

All this took place to fulfill what the Lord had said through the prophet: “The virgin will conceive and give birth to a son, and they will call him Immanuel” (which means “God with us”). (Matthew 1:18-23)

In Luke’s Gospel, we read:

But the angel said to her, “Do not be afraid, Mary; you have found favor with God. You will conceive and give birth to a son, and you are to call him Jesus…“How will this be,” Mary asked the angel, “since I am a virgin?”

The angel answered, “The Holy Spirit will come on you, and the power of the Most High will overshadow you. So the holy one to be born will be called the Son of God. Even Elizabeth your relative is going to have a child in her old age, and she who was said to be unable to conceive is in her sixth month. For no word from God will ever fail.” (Luke 1:30-37)

Jesus was called “the Word of God” also for he spoke the words of God. We read: “For the one whom God has sent speaks the words of God, for God gives the Spirit without limit.” (John 3:34)

“Who are you?” they asked. “Just what I have been telling you from the beginning,” Jesus replied. “I have much to say in judgment of you. But he who sent me is trustworthy, and what I have heard from him I tell the world.”

They did not understand that he was telling them about his Father. So Jesus said, “When you have lifted up the Son of Man, then you will know that I am he and that I do nothing on my own but speak just what the Father has taught me. The one who sent me is with me; he has not left me alone, for I always do what pleases him.” (John 8:25-29)

I am telling you what I have seen in the Father’s presence, and you are doing what you have heard from your father.” “Abraham is our father,” they answered. “If you were Abraham’s children,” said Jesus, “then you would do what Abraham did. As it is, you are looking for a way to kill me, a man who has told you the truth that I heard from God. Abraham did not do such things. (John 8:38-40)

We also read the following verses:

For I have not spoken of myself; but the Father which sent me, he gave me a commandment, what I should say, and what I should speak. And I know that his commandment is life everlasting: whatsoever I speak therefore, even as the Father said unto me, so I speak. (John 12:49-50)

The words I say to you I do not speak on my own authority. Rather, it is the Father, living in me, who is doing his work. (John 14:10)

Jesus replied, “Anyone who loves me will obey my teaching. My Father will love them, and we will come to them and make our home with them. Anyone who does not love me will not obey my teaching. These words you hear are not my own; they belong to the Father who sent me. “All this I have spoken while still with you. (John 14:23-25)

About Jesus’ identification as “the Word of God”, the Qur’an says:

Word of God Rather than Son of God

While Jesus can be called “the Word of God”, he cannot be necessarily called “the Son of God” in a literal sense. We have many pieces of evidence for that in the New Testament itself. We will explain the above-mentioned Nativity story verses which may indicate that Jesus is the son of God.

Here is the New Testament telling us that Prophet John was filled with the Holy Spirit in his mother’s womb. We read:

“But the angel said to him, “Do not be afraid, Zacharias, for your prayer is heard; and your wife Elizabeth will bear you a son, and you shall call his name John. And you will have joy and gladness, and many will rejoice at his birth. For he will be great in the sight of the Lord, and shall drink neither wine nor strong drink. He will also be filled with the Holy Spirit, even from his mother’s womb.” (Luke 1:13-15)

A question here may arise: why do Christians not consider John the son of God like Jesus though both and the mothers of both were “filled with the Holy Spirit?”

We read: “But you will receive power when the Holy Spirit comes on you; and you will be my witnesses in Jerusalem, and in all Judea and Samaria, and to the ends of the earth.” (Acts 1:8)

We also read: “While Peter was still speaking these words, the Holy Spirit came on all who heard the message.” (Acts 10:44)

We further read the following verses: “As I began to speak, the Holy Spirit came on them as he had come on us at the beginning.” (Acts 11:15)

“When Paul placed his hands on them, the Holy Spirit came on them, and they spoke in tongues and prophesied.” (Acts 19:6)

Now, does the Holy Spirit’s coming on someone necessarily mean impregnation, fertilization or insemination for giving birth to a child without a human father?

As for “because he will save his people”, as I pointed out in a standalone article, Jesus is not the real savior for the real savior is God and Jesus is not the only person who is described as “Savior” in the Bible. There are several persons who are so described in the Bible. Jesus is only a metaphorical savior since he was a means of salvation for his people. Any such salvation is not based on belief in Jesus only, but in God in the first place and then His prophets, including Jesus, and scriptures as well as acting on those scriptures and doing good deeds.

As for calling Jesus ”’Immanuel’, which means (God with us)”, the New Testament states more than once that God was with several people without reference to Jesus, that is to say God may be with us without Jesus. Therefore, Immanuel’s interpretation as “God with us” does not mean that God’s company is exclusive to Jesus only. Rather, God is with His prophets and righteous servants every time and everywhere whether or not Jesus is there.

The New Testament also tells us that God was with His Prophet Joseph. We read: “Because the patriarchs were jealous of Joseph, they sold him as a slave into Egypt. But God was with him.” (Acts 7-9)

A question may be raised here: why do Christians not regard Joseph “the Son of God” though God was with him like Jesus?

As for Jesus’ speaking of the words of God, Jesus is not the only person who spoke the words of God. Rather, the prophets and devout servants of God spoke the words of God every time and everywhere. In the New Testament, we read: “But when they arrest you, do not worry about what to say or how to say it. At that time you will be given what to say, for it will not be you speaking, but the Spirit of your Father speaking through you.” (Matthew 10:19-20)

We also read: “Praise be to the Lord, the God of Israel, because he has come to his people and redeemed them. He has raised up a horn of salvation for us in the house of his servant David (as he said through his holy prophets of long ago)” (Luke 1:68-70)

Thus, Jesus is not the only person who is described as “speaking the words of God”.

Jesus as a Word and Spirit from Allah?