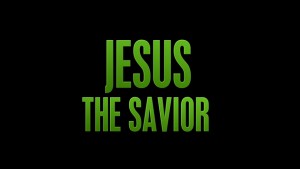 God is the real Savior. Jesus is not the Savior literally but metaphorically

In the New Testament, Jesus is often described as the “Savior”. We read: “She will give birth to a son, and you are to give him the name Jesus, because he will save his people from their sins.” (Matthew 1:21) We also read: “For the Son of man is come to save that which was lost.” (Matthew 18:11)

However, is Jesus the Savior literally or metaphorically? What is the nature of the salvation he brought?

In fact, God is the real Savior according to the New Testament itself. There are many pieces of evidence for that. I will provide some of them as follows:

The New Testament quotes the Virgin Mary as saying “God my Savior”. She did not say that her expected baby was her Savior. We read: “And Mary said: ‘My soul glorifies the Lord, and my spirit rejoices in God my Savior.’” (Luke 1:46-47)

The same phrase of “God our Savior” is also cited in Titus. We read: “And not to steal from them, but to show that they can be fully trusted, so that in every way they will make the teaching about God our Savior attractive.” (Titus 2:10)

We also read: “And which now at his appointed season he has brought to light through the preaching entrusted to me by the command of God our Savior.” (Titus 1:3)

We further read: “At one time we too were foolish, disobedient, deceived and enslaved by all kinds of passions and pleasures. We lived in malice and envy, being hated and hating one another. But when the kindness and love of God our Savior appeared, he saved us, not because of righteous things we had done, but because of his mercy. He saved us through the washing of rebirth and renewal by the Holy Spirit.” (Titus 3:3-5)

The New Testament indicates that God is the Savior Whose salvation was brought by His grace through Jesus. We read: “So do not be ashamed of the testimony about our Lord or of me his prisoner. Rather, join with me in suffering for the gospel, by the power of God. He has saved us and called us to a holy life—not because of anything we have done but because of his own purpose and grace. This grace was given us in Christ Jesus before the beginning of time.” (2 Timothy 1:8-9)

In many positions, the New Testament attributes salvation to God even though salvation stands for Jesus. For example, we read: “Every valley shall be filled in, every mountain and hill made low. The crooked roads shall become straight, the rough ways smooth. And all people will see God’s salvation.” (Luke 3:5-6)

We also read: “Therefore let it be known to you that this salvation of God has been sent to the Gentiles; they will listen.” (Acts 28:28)

As quoted by the New Testament, Jesus himself made such statements which indicate that only God is capable of salvation. We read:

“And again I say to you, it is easier for a camel to go through the eye of a needle than for a rich man to enter the kingdom of God.” When His disciples heard it, they were greatly astonished, saying, “Who then can be saved?” But Jesus looked at them and said to them, “With men this is impossible, but with God all things are possible.” (Matthew 19:24-26)

James also implies that it is God only rather than anyone else Who can bring salvation. We read: “There is only one lawgiver and judge, he who is able to save and to destroy. But who are you to judge your neighbor?” (James 4:12)

In the New Testament, Jesus himself made clear that he was just a means of salvation, describing himself as a “gate”. He said: “I am the gate; whoever enters through me will be saved. They will come in and go out, and find pasture.” (John 10:9)

The New Testament includes many verses confirming that Jesus did not have an innate capacity for salvation but he himself rather needed God for his own salvation. How can the one who cannot save himself save others? This is one of the beliefs where contradiction in the New Testament seems crystal clear.

In Hebrews, we read: “As he saith also in another place, Thou art a priest for ever after the order of Melchisedec. Who in the days of his flesh, when he had offered up prayers and supplications with strong crying and tears unto him that was able to save him from death, and was heard in that he feared; Though he were a Son, yet learned he obedience by the things which he suffered; And being made perfect, he became the author of eternal salvation unto all them that obey him.” (Hebrews 5:6-9)

The question now is: how can Jesus save others though he could not save himself and disliked death which allegedly will lead to the salvation of mankind?

If somebody wonders: but Jesus is described as “Savior” more than once in the New Testament, what can you say about that?

We argue that Jesus’ description as “Savior” is a metaphorical one and several persons were given this description prior to Jesus. Thus, he is not the only one who is so described. The Old Testament abounds in people described as Saviors.

For example, we read: “The People of Israel cried out to GOD and GOD raised up a savior who rescued them: Caleb’s nephew Othniel, son of his younger brother Kenaz. The Spirit of GOD came on him and he rallied Israel. He went out to war and GOD gave him Cushan-Rishathaim king of Aram Naharaim.” (Judges 3:9-10)

“Then the people of Israel cried out to the LORD for help. The LORD sent a savior to rescue them. It was Ehud, a left-handed man from the tribe of Benjamin. (Ehud was the son of Gera.) The people sent him with their tax payment to King Eglon of Moab.” (Judges 3:15)

“After Ehud came Shamgar son of Anath, who struck down six hundred Philistines with an oxgoad. He too saved Israel.” (Judges 3:31)

The New Testament also tells us that salvation is inherent in believing in and acting according to the Gospel. We read: “Moreover, brethren, I declare unto you the gospel which I preached unto you, which also ye have received, and wherein ye stand; By which also ye are saved.” (1 Corinthians 15:1-2)

The New Testament informs us that good deeds are necessary for salvation and that mere faith is not enough for salvation. We read: “What good is it, my brothers and sisters, if someone claims to have faith but has no deeds? Can such faith save them?” (James 2:14)

It is curious that the New Testament involves such verses which simplify the concept of salvation and render it palatable and acceptable in the sight of all mankind.

The New Testament indicates that whoever turns a sinner from the error of their way will save them from death and conceal a multitude of sins. Any such salvation can be brought by Jesus and other righteous human beings.

We read: “Remember this: Whoever turns a sinner from the error of their way will save them from death and cover over a multitude of sins.” (James 5:20)

It is more curious that the New Testament makes a way out of the original sin even for Eve and her female offspring through childbearing and continuation in faith and love.

We read: “And Adam was not the one deceived; it was the woman who was deceived and became a sinner. But women will be saved through childbearing—if they continue in faith, love and holiness with propriety.” (1 Timothy 2:14-15)

To conclude, God is the real Savior. Jesus is not the Savior literally but metaphorically. Jesus is not the only one described as “Savior” in the Bible. Salvation is not attained through the blood of Jesus or anyone else but through belief in God as well as His prophets and scriptures and good deeds. Jesus was only a means of salvation.