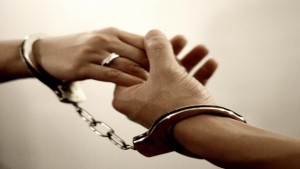 As a matter of fact, one of the most important freedoms which man requires for feeling happy in his life is the life partner choice freedom given the intimate relationship and the common destiny with such a partner.

The ways the various divine messages handle such freedom differ in terms of permission and restriction. Therefore, we will indicate how Christianity and Islam deal with such freedom.

Undoubtedly, Christianity imposes tight restrictions on the woman’s life partner choice freedom. This is represented in the prohibition of her divorce from her husband whatever the reasons for separation, her compulsion into marriage with her brother-in-law when her husband happens to die according to the Mosaic Law, and her coercion into marriage with her rapist by restricting her choices to either marrying him or accepting equal dowry from him, instead of the imposition of such a harsh penalty which protects girls and deters men from raping them.

Let’s review those rulings deemed prejudiced against women one by one as set out in the Bible. We will begin with the prohibition of divorce in Christianity. The New Testament quotes Jesus as saying: “It was also said, ‘whoever divorces his wife, let him give her a certificate of divorce.’ But I say to you that everyone who divorces his wife, except on the ground of sexual immorality, makes her commit adultery, and whoever marries a divorced woman commits adultery.” (Matthew 5:31-32)

The New Testament relates to us the following situation involving a conversation between Jews and Jesus Christ:

And Pharisees came up to him and tested him by asking, “Is it lawful to divorce one’s wife for any cause?” He answered, “Have you not read that he who created them from the beginning made them male and female, and said, ‘Therefore a man shall leave his father and his mother and hold fast to his wife, and the two shall become one flesh’? So they are no longer two but one flesh. What therefore God has joined together, let not man separate.” They said to him, “Why then did Moses command one to give a certificate of divorce and to send her away?” He said to them, “Because of your hardness of heart Moses allowed you to divorce your wives, but from the beginning it was not so. And I say to you: whoever divorces his wife, except for sexual immorality, and marries another, commits adultery.” (Matthew 19:3-9)

The New Testament also reports to us the following conversation between Jesus and his disciples:

But from the beginning of the creation, God ‘made them male and female.’ ‘For this reason a man shall leave his father and mother and be joined to his wife, and the two shall become one flesh’; so then they are no longer two, but one flesh. Therefore what God has joined together, let not man separate.” In the house His disciples also asked Him again about the same matter. So He said to them, “Whoever divorces his wife and marries another commits adultery against her. And if a woman divorces her husband and marries another, she commits adultery.” (Mark 10:6-12)

About the widow’s obligation to marry her brother-in-law after her husband’s death, the Bible says: “If brothers are living together and one of them dies without a son, his widow must not marry outside the family. Her husband’s brother shall take her and marry her and fulfill the duty of a brother-in-law to her.” (Deuteronomy 25:5)

We notice that the Bible regards woman as a part of the deceased husband’s inheritance which is inherited by her brother-in-law unless he gives up this part of inheritance quite willingly, but the woman cannot choose her next life partner.

Now to the marriage imposed by the Mosaic Law on the raped girl with her rapist by restricting her choices either to marry him or accept dowry from him. We do not know if the raped girl’s marriage with her rapist is a penalty imposed on him or her! Are the retaliation for the raped girl and the penalization of her rapist represented in imposing him on her as a husband or just accepting equal dowry from him? Does this not serve as encouragement for men to rape girls? Where is the penalty for rape? Is this penalty the imposition of the rapist on his female victim so that he will remain her lifelong husband or just the acceptance of an equal dowry from him? Is the penalty meted out to the culprit or the victim?

In this regard, the Bible says: “If a man meets a virgin who is not betrothed, and seizes her and lies with her, and they are found, then the man who lay with her shall give to the father of the young woman fifty shekels of silver, and she shall be his wife, because he has violated her. He may not divorce her all his days.” (Deuteronomy 22:28-29)

A Muslim woman is entitled to divorce if good company with her husband is impossible, in which case divorce can take place by mutual agreement, with all legitimate rights reserved for the woman.

If the woman does not blame her husband for faults in his character or religiousness but she dislikes his company, she may negotiate Khula` with him, that is to say to obtain a divorce in return for a waiver of some of her post-marital rights. In this regard, God says in the Qur’an:

Ibn `Abbas reported that the wife of Thabit bin Qais came to the Prophet and said, “O Messenger of God! I do not blame Thabit for defects in his character or his religion, but I, being a Muslim, dislike to behave in an un-Islamic manner (if I remain with him).”

Thereupon, the Messenger of God said (to her), “Will you give back the garden which your husband has given you (as a dowry)?” She said, “Yes.” Then the Prophet said to Thabit, “O Thabit! Accept your garden, and divorce her once.” (Al-Bukhari)

When a Muslim woman is divorced from her husband, she has the right to marry whomever she likes to marry. In the Qur’an, God says:

But if they separate [by divorce], God will enrich each [of them] from His abundance. And ever is God Encompassing and Wise. (An-Nisaa` 4:130)

Accordingly, a Muslim woman has the right to choose her life partner as she likes. A certain man cannot be imposed on her, be she virgin or previously married. It is the same if this man is her brother-in-law or rapist, unlike Judaism and Christianity.

Thus, Islam allows woman complete freedom to choose her life partner unless the impossibility of good company required for marriage by Islam is foreknown just like marriage with certain men such as temporarily and permanently unmarriageable men, including non-Muslim men and ex-husbands who divorced their wives thrice.

However, a woman can still remarry her ex-husband who divorces her thrice but only after she marries another man and such marriage ends in either divorce or the husband’s death. About that, the Qur’an says:

Divorce is twice…And if he has divorced her [for the third time], then she is not lawful to him afterward until [after] she marries a husband other than him. And if the latter husband divorces her [or dies], there is no blame upon the woman and her former husband for returning to each other if they think that they can keep [within] the limits of God. These are the limits of God, which He makes clear to a people who know. (Al-Baqarah 2:229-230)

At last, it is quite safe to say: how good is the vastness of Islam, and how bad is the narrowness of the other false beliefs and corrupted faiths!

Your Comprehensive Guide to Women’s Status in Islam and Christianity