The Ultimate Truth about God 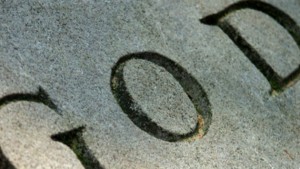 Again, the monotheistic faiths disagree over such one God, Who is the Lord of this universe. They differ about His attributes, how He should look like and whether He may be like us.

As a result of such fierce controversy, frequent questions are asked by people everywhere and every time: is there God? Does God exist? Do we have one or more gods? How does God, if any, look like?

In this article, I will try to answer the above questions quite simply and reasonably. While we cannot perceive the existence of God by any of our usual senses (i.e. hearing, sight, smell, touch or taste), it must be borne in mind that if God exists, this must be provable by our very logic. If God exists, He must be fair. How can God punish people for disbelieving in Him if they cannot feel His very existence?

Let us review the common beliefs about God! The first belief to be reviewed is the atheistic theory that there is no God for this universe, and the world created itself or existed by evolution.

In fact, this belief is not true. If an atheist walks in a desolate desert and comes across an obsolete car over there, he may claim that the desert has no maker, but he cannot allege that the car has none.

However, the idea that our universe has more than one God is negated by many arguments including but not limited to the following arguments: the first argument is that if the alleged gods are equally indispensable, all of them cannot be God because one of them cannot dispense with any of them and so each of them will be impotent when alone but potent with the other gods. The lord of this universe can in no way be impotent.

If all of them are equally dispensable, all of them cannot be God either, simply because the universe can dispense with them, so why should they be there?

The second argument is that either the alleged gods have only one will or several wills. If they have unified volition, why should be more than one God there? If they have multiple volitions, they should disagree. What will happen if they disagree? Supposing that they fail to reach an agreement, they would keep fighting against one another. Accordingly, the universe should have been destroyed a long time ago as a result of fighting among gods.

Such fighting would end either in the victory of only one God or the destruction of gods themselves and the annihilation of the whole universe. According to the first likelihood, we will have only one God at the end of the day. According to the second likelihood, the universe should have been ruined a long time ago as it is unreasonable that gods would remain in harmony throughout the history of the earth without irresolvable disagreement. (Al-Israa’ 17:42) (Al-Mu’minun 23:91)

The third argument is that the multiplicity of gods entails inconsistency in the universe. The consistency of this universe entails that it is created by only one God. (Al-Anbiyaa’ 21:22) (Al-Mulk 67:3)

Now, we may conclude that this universe should have one God. But, how should this God look like? Is He like or unlike us? Many faiths preach that there is one God, but they depict Him as a fellow human being, a cow or the like.

Logically speaking, God should be much greater than His creation. When we review any creature of God, we notice that it is greatly, exquisitely, and cleverly created. Every day, scientists have new scientific discoveries which indicate the ultimate greatness of creation. So, the greatness of the Creator should be more infinite, absolute and ultimate as well.

All attributes of greatness, magnitude, majesty and grandeur should be ascribed to the Creator of this universe. Such attributes are derived from the observation of the greatness of creation around us.

For example, God should be the Creator of everything. He should not have been created by anyone else. (Al-Ma’idah 5:17)

This is the truth about God. This is the Lord of this universe Whom we all should worship alone without any partner. This is God, no matter how different the names that may be given to Him. This is God, Allah, or Dieu. We should not care for names but for attributes.