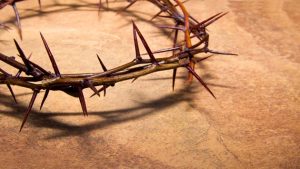 As Roman emperors embraced Christianity after much distortion, they proceeded to reproduce it

Unlike Prophets Moses and Muhammad who established two monotheistic communities for worshipping God alone according to clear-cut belief systems and conclusive laws, Jesus was raised without establishing an equally independent monotheistic community amidst marked discrepancies in the beliefs and laws left behind, as a result of his miraculous Ascension coupled with his comparably supernatural birth, though he had made clear those beliefs and laws. However, the shock caused by Jesus’ Ascension in addition to his already miraculous birth shook the beliefs and laws bequeathed.

As a result, Jesus’ message remained confused and perplexed for more than three centuries: between such a believer in the purely monotheistic message of Jesus without getting misguided by the myths and superstitions fabricated in the wake of Jesus’ miraculous Ascension on the one hand, and such a bewildered polytheist who could not distinguish between what was from God and what from man on the other hand.

About such a state of confusion, in the Qur’an, we read:

That is Jesus, the son of Mary – the word of truth about which they are in dispute. It is not [befitting] for Allah to take a son; exalted is He! When He decrees an affair, He only says to it, “Be,” and it is. [Jesus said], “And indeed, Allah is my Lord and your Lord, so worship Him. That is a straight path.” Then the factions differed [concerning Jesus] from among them, so woe to those who disbelieved – from the scene of a tremendous Day. (Maryam 19:34-37)

Approximately in the middle of the fourth century, Roman emperors embraced Christianity after it had experienced much alteration and distortion throughout more than three centuries. So, they, mainly Constantine, the Great, proceeded to reproduce Christianity by approximating it to the paganism and polytheism they had professed.

Constantine, the Great, was the first Roman emperor to embrace Christianity but, unfortunately, after the elapse of centuries of aberration and deviation which were quite enough for the erasure of the true message of Jesus.

After Constantine had converted to Christianity, he endeavored to impose it on his Roman empire. However, he was surprised at its gelatinous dogmatic and legal nature and the bitter disagreement among its clergy between more monotheistic clerics and more Trinitarian ones. Thereupon, Constantine decided to side with the latter, being closer to the pagan beliefs his empire had professed.

Not only did Constantine impose the Trinity as the Christian doctrine of his empire, he also proceeded to reproduce it by introducing beliefs and practices into it from paganism.

Council of Nicaea & Establishment of the Doctrine of Trinity (325 A.D.)

Presbyter Arius argued for the supremacy of God, the Father, and maintained that the Son of God was created as an act of the Father’s will, and therefore, that the Son was a creature made by God.

According to Jehovah’s Witnesses, Constantine forced the “same substance” view upon the council or, at the very least, insured that it would be adopted.

This is found in a letter, written by Eusebius of Caesarea during the council itself to his home church, explaining why he eventually gave in and signed the creed, and agreed to the term homoousios. At one point Eusebius writes that Constantine “encouraged the others to sign it and to agree with its teaching, only with the addition of the word ‘consubstantial’ [i.e., homoousios].” The specific term used by Eusebius, parakeleueto, can be rendered as strongly as “command” or as mildly as “advise” or “encourage.”

The works of Arius were ordered to be confiscated and consigned to the flames while all persons found possessing them were to be executed. Nevertheless, the controversy continued in various parts of the Empire.

Bishop Alexander had already convened a synod of about a hundred Egyptian and Libyan bishops at Alexandria, which excommunicated and defrocked Arius and his followers.

Though Jesus was not reported to have declared Sunday as a day of rest for Christians and nothing is reported in this regard in the Bible, on the 7th of March 321 A.D. Constantine decreed that Sunday should be observed as a Roman day of rest on which markets and libraries should have been closed.

Though no mention is made of an “Easter” and no celebration of the same is ordered by the Bible or Jesus, Constantine ordered all churches to celebrate the Resurrection of Christ on Easter Sunday upon the recommendation of the Council of Nicaea.

At the same council, the feast of Easter was set to a Sunday in the lunar month of Nisan. The Easter computation was separated from the Jewish calendar.

The “holy cross discovery” was a myth first fabricated by Constantine, the Great, and his mother, Helena. Though more than three centuries elapsed after Jesus’ Ascension and the alleged crucifixion incident, Constantine dispatched his mother Helena to discover the holy cross in 326 A.D.

After Helena had threatened to throw the Jewish chieftains away in fire and a Jewish chieftain called “Judas” had been actually thrown down in a deep hole without food or water for seven days and seven nights though he had confirmed his unawareness of the place of any such cross and allegedly prayed to God according to the Latin manuscript of finding the true cross, Judas dug a hole in the ground and found the holy cross.

Based on this legend, a feast is celebrated from this time on, in commemoration of this false discovery, which is called “Feast of the Cross”.

Just as the holy cross was allegedly discovered, the nails were purportedly found according to more unreasonable accounts.

Helena asked Judas to search for the nails by which Jesus was presumably fastened to the cross. Similarly, as it always goes in Christianity, after Judas had allegedly prayed and supplicated, the nails appeared on the surface gleaming like gold. So, the cross and nails were brought to Constantine for blessings.

However, Jesus was not reported to have stated that the alleged cross or nails could give any blessings so that Constantine would be so keen like this to find them for blessings.

Honoring the Bodies of Saints and Martyrs for Blessings (326 A.D.)

Though the Bible is devoid of any commandment for venerating or seeking blessings from the bodies of saints or martyrs and Jesus was not reported to have ordered anything like this, those practices were first introduced by Constantine and his mother Helena.

It is worth noting that Helena was keen on honoring martyrs and naming churches after them so much so that she offered gifts and even gold for he who guided her to any places where martyrs were buried. That is why many people brought alleged relics of martyrs and saints for gold and gifts.

Though neither the Bible nor Jesus ordered building churches at the sites where Christians believe that Jesus was crucified and buried or even made any such sites holy or sacred more than any other sites, Constantine ordered building holy churches in accordance with his mother’s wishes and the recommendations of the Council of Nicaea at such sites where Jesus was believed to have been crucified and buried.

Following in Constantine’s footsteps, the later Roman emperors played a very important role in the preservation of the current Trinitarian Christianity first established by Constantine.

For example, Theodosius I convened the First Council of Constantinople, which was the second ecumenical council in 381 A.D., to confirm and defend the Trinitarian Nicene Creed against Arianism which is deemed closer to monotheism and affirm the divinity of Jesus and the Holy Spirit and their equality to the Father.

In 431 A.D., Theodosius II convened the third ecumenical council in Ephesus to confute Nestorius, the Archbishop of Constantinople, who followed in the footsteps of Arius, drawing closer to monotheism and farther from the pure Trinitarianism, as well as Pelagius who denied the original sin and the Holy Spirit’s work.

Subsequently, later Roman emperors followed suit, adhering to the pure Trinitarianism, and foiling any attempt to draw near to monotheism, until the modern Christianity assumed its contemporary Trinitarian form which is quite far away from the true monotheistic Christianity introduced by Jesus as a message of the true religion of God preaching monotheism everywhere and every time.

Therefore, Prophet Muhammad’s message came as a confirmation of monotheism as preached by the messages of all prophets and a correction of the wrong path taken by the contemporary Christianity which tends towards polytheism and keeps away from the true monotheism preached by Jesus himself.