In this article, we will spotlight the early monotheistic Christian denominations. We do not mean by “monotheistic” that all of those denominations believed in pure monotheism just as Muslims do, but that they were generally closer to monotheism and farther away from the Trinity. 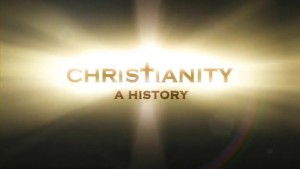 There were monotheistic Christian denominations since of the dawn of Christianity

It is a Jewish Christian movement that existed during the early centuries of the Christian era. They regarded Jesus of Nazareth as the Messiah while rejecting his divinity and insisted on the necessity of following Jewish law and rites. The Ebionites used only one of the Jewish Gospels, revered James the Just, and rejected Paul the Apostle as an apostate from the Law.

There is possible reference to Ebionite communities, existing some time around the 11th century, in northwestern Arabia, in Sefer Ha’masaot, the “Book of the Travels” of Rabbi Benjamin of Tudela, a rabbi from Spain. These communities were located in two cities: Tayma and Tilmas, possibly Sa`dah in Yemen.

The majority of Church Fathers agree that the Ebionites rejected many of the precepts central to Nicene orthodoxy, such as Jesus’ pre-existence, divinity, and atoning death.

The Ebionites are described as emphasizing the oneness of God and the humanity of Jesus, who by virtue of his righteousness, was chosen by God to be the messianic “prophet like Moses” (foretold in Deuteronomy 18:14–22) when he was anointed with the Holy Spirit at his baptism.

It is a 3rd-century belief concerning the nature of Christ, denying his divinity by asserting that he was inspired by God and was not a person in the Trinity. It is ascribed to Paul of Samosata who denied a distinction of persons in God and maintained that Christ was a mere man raised above other men by the indwelling Logos.

Monarchianism is a set of beliefs that emphasize God as being one person, in direct contrast to Trinitarianism which defines God as three persons coexisting consubstantially as one in being.

Various models of resolving the relationship between God the Father and the Son of God were proposed in the 2nd century, but later rejected in favor of the doctrine of the Trinity as expounded at the First Council of Constantinople, which confirmed the concept of God as one being consisting of three persons: the Father, the Son, and the Holy Spirit.

Two models of Monarchianism have been propounded:

• Modalism (or Modalistic Monarchianism) considers God to be one person appearing and working in the different “modes” of the Father, the Son, and the Holy Spirit. The chief proponent of modalism was Sabellius, hence the view is commonly called Sabellianism. It has also been rhetorically labeled Patripassianism by its opponents, because according to them it purports that the Person of God the Heavenly Father suffered on the cross.

• Dynamic Monarchianism holds that God is one being, above all else, wholly indivisible, and of one nature. It reconciles the “problem” of the Trinity (or at least Jesus) by holding that the Son was not co-eternal with the Father.

Arianism in Christianity is the Christological (concerning the doctrine of Christ) position that Jesus, as the Son of God, was created by God. It was proposed early in the 4th century by the Alexandrian presbyter Arius and was popular throughout much of the Eastern and Western Roman empires, even after it was denounced as a heresy by the Council of Nicaea (325).

Arianism is often considered to be a form of Unitarian theology in that it stresses God’s unity at the expense of the notion of the Trinity, the doctrine that three distinct persons are united in one Godhead. Arius’ basic premise was the uniqueness of God, who is alone Self-existent (not dependent for its existence on anything else) and immutable; the Son, who is not self-existent, cannot therefore be the self-existent and immutable God. Because the Godhead is unique, it cannot be shared or communicated. Because the Godhead is immutable, the Son, who is mutable, must, therefore, be deemed a creature who has been called into existence out of nothing and has had a beginning. Moreover, the Son can have no direct knowledge of the Father, since the Son is finite and of a different order of existence.

The Council of Nicaea, which condemned Arius as a heretic and issued a creed to safeguard “orthodox” Christian belief, was convened to settle the controversy. The creed adopted at Nicaea states that the Son is homoousion tō Patri (“of one substance with the Father”), thus declaring him to be all that the Father is: he is completely divine. In fact, however, this was only the beginning of a long-protracted dispute.

Whoever believes in the Son has eternal life, but whoever rejects the Son will not see life, for God’s wrath remains on them.
(John 3:36)