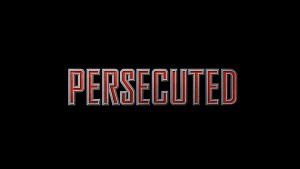 Prophet Muhammad’s dealings with all people, including Jews, were remarkable for justice, mercy, and tolerance

It is widely circulated that Prophet Muhammad (peace be upon him) persecuted Jews and did them all forms of harm, including beheading, looting, capture, expulsion and evacuation. Such an allegation is based on some historical incidents where Prophet Muhammad had to punish some Jews.

To have a full picture of the relationship between Prophet Muhammad and the Jews, we have to review Prophet Muhammad’s dealings with all Jews who came into contact with him.

It is quite safe to say that Prophet Muhammad’s dealings with all people, including Jews, were remarkable for justice, mercy, and tolerance. He did not bear Jews or any other people any grudge or malice.

In fact, the Islamic history tells us that several Jews knew and believed that Muhammad is a prophet of God. This is a fact which is established in the Qur’an. In the Qur’an, we read the following verses:

Those to whom We have given the Scripture recite it with its true recital. They [are the ones who] believe in it. (Al-Baqarah 2:121)

Those to whom We gave the Scripture know him as they know their own sons. But indeed, a party of them conceals the truth while they know [it]. (Al-Baqarah 2:146)

The Qur’an also tells us that many Jews decided to disbelieve in Prophet Muhammad and conceal the prophecies about him in the Scripture on purpose.

A number of lesser-known Jews converted to Islam during Prophet Muhammad’s lifetime, but they did not become prominent Companions of Prophet Muhammad. That is why they are seldom mentioned by name in the Islamic history compilations.

Many people who accuse Prophet Muhammad of the hate of the Jews either do not know or ignore the fact that Prophet Muhammad himself had a Jewish wife, namely Lady Safiyah bint Huyay bin Akhtab.

She was captured in the wake of Banu An-Nadir Battle. Being the daughter of an eminent elder of Banu An-Nadir, Prophet Muhammad set her free and gave her the choice between the profession of Islam and the adherence to Judaism. He proposed: “Make your choice! If you choose Islam, I will retain you for me (as a wife). If you choose Judaism, I may set you free so that you can catch up with your people.”

She replied: “O Messenger of God, I had liked Islam and believed in you before you invited me (to Islam) as I proceeded to your camel while having no interest in Judaism, where I have neither a father nor a brother. You gave me the choice between disbelief and Islam. God and His Messenger are more beloved by me than manumission and return to my people.” (Al-Bukhari)

When Prophet Muhammad decided to marry her, he found the traces of a slap on her cheek. When Prophet Muhammad asked her about that, she said: “In a dream, I perceived that the moon came from Yathreb (Medina) and then fell down in my lap. When I related this dream to my cousin, the son of Abu Haqiq, he slapped me and reproached: “Do you wish that the King of Yathreb married you?”

The formerly Jewish lady loved Prophet Muhammad so much that when he suffered from his fatal disease, she lamented: “O Prophet of God, by God, I wish I suffered what you suffer from!” (Ibn Hajar) She died as a widow of Prophet Muhammad.

Though most Jews disbelieved in Prophet Muhammad, while they themselves had prophesied and believed in his advent and made sure that he satisfied all the descriptions of the final prophet they had in the Scripture, this did not impel Prophet Muhammad to wrong them. Rather, he was quite just and fair towards them.

We have many reports of situations where Prophet Muhammad treated Jews quite justly and fairly though they disbelieved in him. Commenting on the following hadith: “Whoever swears while lying to acquire the property of a Muslim will meet God while He is angry with him,” Companion Al-Ash`ath ibn Qays reports: “By God, this hadith pertained to me. I had a dispute with a Jewish man over a piece of land. So he denied my right to it. So I reported him to Prophet Muhammad. Then, the Messenger of God wondered: “Do you have evidence!” I replied: “No!” Then, he said to the Jew: “Let you swear an oath!” Then, I commented: “O Messenger of God, by so doing, he will swear and devour my property!” Thereupon, God, the Almighty, revealed the following verse:

Verily, those who purchase a small gain at the cost of God’s covenant and their oaths… (Aal `Imran 3:77)

One day, a hypocrite allegedly called “Tu`mah” or “Bashir” bin Obayriq who pretended that he was Muslim stole an armor from a Muslim neighbor called “Qatadah bin An-Nu`man”. The armor was in a sack containing flour. The flour kept scattering from a hole in the bag. When the hypocrite went back home, he decided to hide the mantle at the house of a Jewish man called “Zayd bin As-Samin”. When the armor was tracked up to Tu`mah’s house, he swore by God that he did not take it. Though the armor owners saw the flour traces inside his house, when he swore that he did not take it, they believed and left him. So they tracked the flour traces up to the Jew’s house, where they found the armor. The Jew said: “It is Tu`mah who brought it to my house.”

Then, Tu`mah’s people went to Prophet Muhammad and asked him to plead for their kinsman. Thereupon, Prophet Muhammad resolved to punish the Jew, but God then revealed the following verses in defense of the Jew:

Indeed, We have revealed to you, [O Muhammad], the Book in truth so you may judge between the people by that which God has shown you. And do not be for the deceitful an advocate. And seek forgiveness of God. Indeed, God is ever Forgiving and Merciful. And do not argue on behalf of those who deceive themselves. Indeed, God loves not one who is a habitually sinful deceiver… But whoever earns an offense or a sin and then blames it on an innocent [person] has taken upon himself a slander and manifest sin. (An-Nisaa’ 4:105-112)

There are so many other reports confirming that Prophet Muhammad was quite fair and just towards Jews. Let’s now deal with the alleged mass massacres or expulsion of Jews during Prophet Muhammad’s lifetime.