Statements of Western Historians about Muhammad 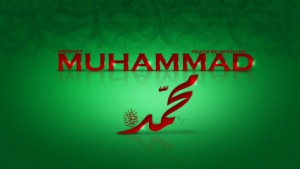 “Muhammad was the soul of kindness, and his influence was felt and never forgotten by those around him,” Diwan Chand Sharma

The claim that Muhammad (peace be upon him) wrote the Qur’an is not new. His own people made this claim. In response, to this claim, God revealed the following:

Say, [O Muhammad], “It is not for me to change it on my own accord. I only follow what is revealed to me. Indeed I fear, if I should disobey my Lord, the punishment of a tremendous Day.” Say, “If Allah had willed, I would not have recited it to you, nor would He have made it known to you, for I had remained among you a lifetime before it. Then will you not reason?” (Yunus 10:15-16)

This verse is telling his critics to reflect on the fact that Muhammad (Peace be upon him) lived amongst them from forty (40) years before reciting the Qur’an to them while never showing any signs of inclination to poetry and themselves knowing that he was illiterate. If he could not read or write, then where did these magnificent verses come from?

Also reflect on the fact that Muhammad (peace be upon him) is commanded in the verses above to “Say” twice. This is a command to make a certain statement to the people. One can find this command “Say” 332 times throughout the Qur’an. In other places in the Qur’an, he (peace be upon him) is ordered to “proclaim”, “Glorify Your Lord”, “Prostrate Yourself” etc. So we ask is this how a man talks to himself or writes a book?

Also one must consider the fact that even before his Prophethood, Muhammad (Peace be upon him) was known amongst his people as “Al-Amin”, the trustworthy and the truthful. No one ever recorded a lie against him.

Many Western historians agree with this analysis:

– “If a man like Muhammad were to assume the dictatorship of the modern world, he would succeed in solving its problems that would bring it the much needed peace and happiness.” George Bernard Shaw
– “My choice of Muhammad to lead the list of the world’s most influential persons may surprise some readers and may be questioned by others, but he was the only man in history who was supremely successful on both the religious and secular level.” Michael H. Hart, in his book “The 100: A Ranking of the Most Influential Persons In History”
– “Muhammad was the soul of kindness, and his influence was felt and never forgotten by those around him,” Diwan Chand Sharma, in the book “The Prophets of the East”
– “He was Caesar and Pope in one; but he was Pope without Pope’s pretensions, Caesar without the legions of Caesar: without a standing army, without a bodyguard, without a palace, without a fixed revenue; if ever any man had the right to say that he ruled by the right divine, it was Mohammed, for he had all the power without its instruments and without its supports.” Bosworth Smith, in the book “Mohammad and Mohammadanism”
– “Philosopher, orator, apostle, legislator, warrior, conqueror of ideas, restorer of rational dogmas, of a cult without images; the founder of twenty terrestrial empires and of one spiritual empire, that is Muhammad. As regards all standards by which human greatness may be measured, we may well ask, is there any man greater than he?” Lamartine, in the book “Histoire de la Turquie”
– “It is impossible for anyone who studies the life and character of the great Prophet of Arabia, who knows how he taught and how he lived, to feel anything but reverence for that mighty Prophet, one of the great messengers of the Supreme. And although in what I put to you I shall say many things which may be familiar to many, yet I myself feel whenever I re- read them, a new way of admiration, a new sense of reverence fo r that mighty Arabian teacher.” Annie Besant, in the book “The Life and Teachings of Muhammad”
– “His readiness to undergo persecutions for his beliefs, the high moral character of the men who believed in him and looked up to him as leader, and the greatness of his ultimate achievement -all argue his fundamental integrity. To suppose Muhammad an impostor raises more problems than it solves. Moreover, none of the great figures of history is so poorly appreciated in the West as Muhammad.” W. Montgomery Watt, in the book “Mohammad at Mecca”

So, we ask the reader to reflect on the following:

Is it logical to believe that Muhammad (Peace be upon him) who, until the age of forty and, as we mentioned earlier, was known to his people as al-Amin (the trustworthy) and who is still admired even by Western scholars for his honesty and integrity, all of a sudden began to write a book that is unmatched in literary merit and that has not be matched by legions of the Arab poets and orators of the highest caliber throughout history?

Is it reasonable to say that Muhammad (Peace be upon him), made a false claim and on that very falsehood trained thousands of individuals of outstanding character, integrity, and honesty who were able to establish the best human society that the world has ever known?

Source: Taken from the book  entitled “Who Wrote the Qur’an?”