The Last Ten Nights of Ramadan 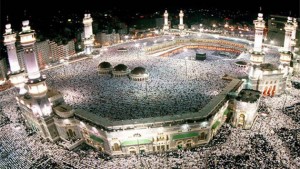 The last ten nights of Ramadan are very special

The last ten nights of Ramadan are very special. The first of these nights occurs on the eve of the 21st day of Ramadan. In other words, it is the night that commences after the completion of 20 days of fasting.

Sometimes, there are only nine nights, whenever the month of Ramadan lasts for only 29 days. Nevertheless, they are still traditionally referred to as “The Last Ten Nights”.

The last ten nights of Ramadan are very special. These are the nights that Prophet Muhammad (peace be upon him) would spend in constant worship. Among these nights is Laylat al-Qadr (the Night of Power) – a night more blessed than a thousand months.

The Prophet (peace be upon him) used to single these nights out for worship and the performance of good deeds. He would exert himself in worship during these ten nights more than any other nights of the year.

Aisha tells us: “During the last ten nights of Ramadan, the Prophet (peace be upon him) would tighten his waist belt and spend the night in worship. He would also wake up his family.” (Al Bukhari)

Aisha also says: “I had never known Allah’s Messenger (peace be upon him) to read the entire Quran in a single night, or to spend the whole night in prayer up until the morning, or to spend a whole month in fasting – except in Ramadan.” (An Nasai’ & Ibn Majah)

Waking Up the Family

We know this, because Umm Salamah, the Prophet’s wife, relates that the Prophet woke her up one night and said:

“Glory be to Allah! How many trials have been sent down during this night and how many treasures have been disclosed! Go and wake the denizens of the bedchambers (his wives) up (for prayers)? A well-dressed (self) in this world may be naked in the Hereafter.” (Al-Bukhari)

During the last ten nights of Ramadan, Prophet Muhammad would wake up his wives to pray for a much longer portion of the night than during the rest of the year.

Exerting Oneself in Worship

Aisha tells us: “The Prophet would exert himself in worship during the last ten nights more than at any other time of the year.” (Muslim)

The great jurist, Al-Shafi’i, declares: “It is Sunnah for one to exert greater efforts in worship during the last ten nights of Ramadan.”

When Aisha tells us that Prophet Muhammad would “tighten his waist belt”, she is speaking figuratively. The phrase means to set about to devote oneself fully and wholeheartedly to the task at hand.

One of the greatest distinctions of these ten special nights is that one of them is Laylat al-Qadr. This is the greatest night of the year – better than a thousand months. This means that a Muslim can earn more rewards on the Night of Power than he would if – excluding this special night – he were to worship his Lord for eighty-four years straight. This is one of the immense favors that God has bestowed upon the Muslim community.

Imam Ibrahim Al-Nakha`i says: “Good works performed on this night are better than those performed consistently for a thousand months.”

Abu Hurayrah relates that the Prophet (peace be upon him) said:

“Whoever spends Laylat al-Qadr in prayer, believing in Allah and seeking His reward, will be forgiven all of his past sins.” (Al-Bukhari & Muslim)

“Believing in Allah”, in this hadith, means not only to believe in God, but to believe in the reward that we are promised for observing prayer on this night.

Laylat al-Qadr is on one of the odd nights. Aisha relates that Prophet Muhammad said:

“Seek out Laylat al-Qadr in the odd nights during the last ten nights of Ramadan.” (Al-Bukhari & Muslim)

It is most likely one of the last seven odd nights. Ibn Umar relates that Prophet Muhammad said:

“Look for it in the last ten nights. If one of you falls weak or unable to do so, then he should at least try on the seven remaining nights.” (Muslim)

The most likely candidate for Laylat al-Qadr is the 27th night of Ramadan. This is indicated by the statement of Ubayy ibn Ka`b: “I swear by Allah that I know which night it is. It is the night in which Allah’s Messenger (peace be upon him) ordered us to observe in prayer. It is the night on the eve of the 27th of Ramadan. Its sign is that the sun will rise in the morning of that day white without exuding any rays.” (Muslim)

A Muslim should seek out this special night by spending the last ten nights of Ramadan engaged in various acts of worship. These include reciting the remembrances of God, reading the Quran, and begging God’s forgiveness.

It is best for us to strive hard on all ten nights for “The way we ‘look for’ Laylat al-Qadr is by engaging in extra worship.”

Surely We revealed it on a blessed night. Surely We ever wish to warn (against evil) – On this night, every wise matter is made distinct. (Ad-Dukhan 44: 3-4)

Laylat al-Qadr is better than a thousand months. The angels and the Spirit descend therein, by the permission of their Lord, with every decree. (This night is) peace, until the rising of the dawn. (Al-Qadr 97: 3-5)

These are the ways in which Laylat al-Qadr is special. They are not things that we can see with our eyes. No one after the Prophet can see the angels.

The practice of i`tikaf is a strongly recommended act. It is defined as remaining in retreat in the mosque for the express purpose of worship. The purpose of doing so is to devote one’s heart exclusively to God. The person engaging in i`tikaf keeps this intention close to mind and seeks God’s blessings. He should not forget the reason why he is observing this retreat.

He should spend less time eating and sleeping as little as possible. He should avoid unnecessary talk. However, he should engage in advising his fellow Muslims and in enjoining them to truth and to patience.
Generosity

It is encouraged for us to be extra generous during the last ten nights of Ramadan, without being extravagant or ostentatious in our giving. Ibn `Abbas relates that: “Allah’s Messenger (peace be upon him) was the most generous of all people in doing good, and he was at his most generous during the month of Ramadan. Gabriel used to meet with him every year throughout the month of Ramadan, so the Prophet could recite the Quran to him. Whenever Gabriel met with him, he became more generous than a beneficial breeze.” (Al Bukhari & Muslim)

“Generosity and open-handedness are strongly encouraged in Ramadan, especially during the last ten nights. By doing so, we emulate the example of Allah’s Messenger (peace be upon him) as well as of our Pious Predecessors. Also, this month is noble, and good works carried out in this month are more blessed than they are at any other time. Also, during this month, some people are preoccupied with fasting and worship, and this distracts them from their livelihood, so they might need some assistance during this time.”