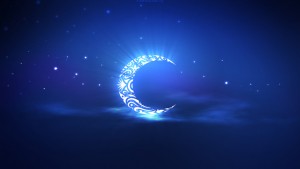 Ramadan is the month during which Muslims fast, from dawn until sunset, every single day throughout the entire month.

Muslims worldwide are currently in the midst of observing Ramadan. But just what, exactly, is Ramadan?

And yes, the calendar month of Ramadan is the month during which Muslims fast, from dawn until sunset, every single day throughout the entire month. This is not considered optional, but is regarded as a compulsory religious duty (it is one of the so-called “Five Pillars of Islam,” each of which is incumbent upon all Muslims to abide by).

Prophet Muhammad said: “Islam is built upon five things: to worship God, to disbelieve in what is worshiped besides Him, to observe prayer, to give charity, to make Hajj (pilgrimage) to the House, and to fast throughout the month of Ramadan.” (Al-Bukhari & Muslim)

The month of September always runs 30 days. However, the month of Ramadan, like all months in the Islamic calendar, may run either 29 or 30 days. Islam follows a lunar calendar, according to which each successive new month does not technically begin until the first sighting of the crescent moon, just after sunset, on the last day of the previous month; the new month then runs for 29 or 30 days, depending upon when the next crescent moon is sighted (which in turn marks the beginning of the following month in the calendar).

This introduces a brief variable of uncertainty which makes it impossible to precisely predict, in advance, just exactly when a given month is going to end or begin; it also means that when months begin and end may vary slightly from location to location (from Muslim country to Muslim country).

This means that its months are not locked in fixed synch with the seasons of the year, but instead fall 10 or 11 days earlier each year than they did in the previous year; as this creeping drift gradually accumulates year after year, Islamic calendar months slowly cycle their way back through each season, as the calendar years pile up.

Unlike the month of September, then, the month of Ramadan does not always fall at the beginning of autumn. Some years it might, making for a comparatively more pleasant or manageable fasting experience; in other years, however, Ramadan may fall at the peak of summer, with long and hot days making the daily fasting particularly challenging.

This is one of those years, with Ramadan currently falling during the Western calendar’s hot summer month of June. In 2011, Ramadan fell in August; in 2012, Ramadan began at sunset on either Friday, July 20, or Saturday, July 21, depending on where you were (as described above, the beginning of any given month can vary, since it depends upon when the crescent moon is first spotted in the sky at any given location, or in any given Muslim country). And it began at sunset because Islam, like Judaism, regards sunset (not sunrise, and not midnight) as marking the “official start” of each new day.

What’s so special about the month of Ramadan? Well, it’s regarded by Muslims as the holiest month in the entire Islamic calendar. It was during the month of Ramadan that Prophet Muhammad first began to receive the divine revelations that would then continue for the remaining 23 years of his life, and which would subsequently be compiled by his followers as the glorious Quran (or Koran), which Muslims revere as the actual, literal Word of God.

The month of Ramadan [is that] in which was revealed the Qur’an, as guidance for the people and clear proofs of guidance and criterion… (Al-Baqarah 2:185)

Fasting during Ramadan means no eating, no drinking (not even water), and no sexual relations from dawn till dusk. Fasting is not required of children until puberty, and health-based exceptions to the month-long fast are permitted for illness, old age, pregnancy, and similar recognized extenuating circumstances (although in some such cases, missed fast days must be made up later, where possible).

In addition to fasting, Ramadan is also a month of increased worship and prayer, reading and recitation of the Quran, religious devotion and spiritual reflection, self-examination and charity to the poor. It is said that the spiritual rewards reaped for such intensive extra efforts during Ramadan are greatly multiplied.

The daily fast is broken at sunset with an evening meal known as iftar. Often a community meal, iftar is frequently a chance for social gathering and religious fellowship throughout Ramadan.

Each year, the entire month-long fast of Ramadan concludes with the festive annual celebration of `Eid al-Fitr, a big fast-breaking feast and one of the Islamic calendar’s major holidays (it actually stretches over three days).