Message of Jesus as a Prophet of God 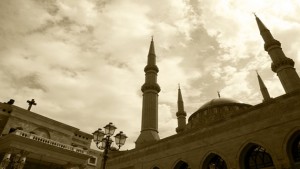 As a matter of fact, Jesus is differently portrayed from one religion to another. There is intense speculation over the true nature of this miraculous being. Ironically, the descriptions given to Jesus by the various religions are worlds apart. He is seen as a false Messiah, Son of God and Prophet of Allah. Let’s review the different attitudes of the three divine religions towards Jesus.

Judaism believes that Jesus is one of the false Jewish Messiah claimants because he failed to fulfill any Messianic prophecies, which include:

1. Build the Third Temple (Ezekiel 37:26-28).
2. Gather all Jews back to the Land of Israel (Isaiah 43:5-6).
3. Usher in an era of world peace, and end all hatred, oppression, suffering and disease. As it says: “Nation shall not lift up sword against nation, neither shall man learn war anymore.” (Isaiah 2:4)
4. Spread universal knowledge of the God of Israel, which will unite humanity as one. As it says: “God will be King over all the world ― on that day, God will be One and His Name will be One” (Zechariah 14:9).

Regarding the Christian idea that these prophecies will be fulfilled during a “second coming,” Ohr Samayach states “we find this to be a contrived answer, since there is no mention of a second coming in the Jewish Bible. Second, why couldn’t God accomplish His goals the first time round?” Rabbi David Wolpe believes that the Second Coming was “grown out of genuine disappointment” and invented by Christians to theologically compensate for Jesus’ death.

As for Christians, the second sentence in the ICET version of the Nicene Creed states: “We believe in one Lord, Jesus Christ, the only Son of God…” In the New Testament, Jesus indicates that he is the Son of God by calling God his heavenly father. [Mt. 6:9]

Christians predominantly profess that through Jesus’ life, death, and resurrection, he restored humanity’s communion with God with the blood of the New Covenant. His death on a cross is understood as a redemptive sacrifice: the source of humanity’s salvation and the atonement for sin which had entered human history through the sin of Adam.

As for Muslims, they believe that he came as an extension to the precedent prophets who were sent to the Children of Israel. According to Islam, Jesus was sent to confirm the Torah which he himself believed in and judged accordingly. The Gospel was revealed to Jesus to serve as a guide to right and a light for dispelling suspicions and solving problems. Jesus was bound to follow the Torah and not violate it. The Gospel was intended for preventing the commission of sins and prohibitions and as guidance to those who were conscious of Allah and feared His punishment and intimidation.

According to Islam, Allah taught Jesus writing, wisdom, the Torah and the Gospel as a messenger to the Children of Israel to confirm the Torah and make lawful for them some of what was forbidden to them. Jesus permitted Jews some foods which had been made unlawful to them before. For example, he allowed them to eat fats and the animals of uncloven hoof.

According to the Qur’an, Jesus came up with the same creed as Moses but with a more lenient law. The Qur’an tells us that Jews were forbidden to eat some foods.

And to those who are Jews We prohibited every animal of uncloven hoof; and of the cattle and the sheep We prohibited to them their fat, except what adheres to their backs or the entrails or what is joined with bone. [By] that We repaid them for their injustice. And indeed, We are truthful. (Al-An`am 6:146)

For wrongdoing on the part of the Jews, We made unlawful for them [certain] good foods which had been lawful to them, and for their averting from the way of Allah many [people], And [for] their taking of usury while they had been forbidden from it, and their consuming of the people’s wealth unjustly. And we have prepared for the disbelievers among them a painful punishment. (An-Nisaa’ 4:160-161)

And [I have come] confirming what was before me of the Torah and to make lawful for you some of what was forbidden to you. And I have come to you with a sign from your Lord, so fear Allah and obey me. (Aal `Imran 3:50)

And when Jesus brought clear proofs, he said, ‘I have come to you with wisdom and to make clear to you some of that over which you differ, so fear Allah and obey me.’ (Az-Zukhruf 43:63)

Finally, one of the main tasks of Jesus as a prophet and messenger of Allah was bringing good tidings of the advent of Prophet Muhammad. Allah says in the Qur’an:

And [mention] when Jesus, the son of Mary, said, ‘O children of Israel, indeed I am the messenger of Allah to you confirming what came before me of the Torah and bringing good tidings of a messenger to come after me, whose name is Ahmad.’ But when he came to them with clear evidences, they said, ‘This is obvious magic.’(As-Saff 61:6)