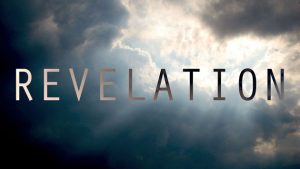 In this second part, we will deal with the concept of revelation in Christianity, whether the Bible is a revelation from God, its authority as a sacred scripture, whether it may underlie legal rulings and dogmatic questions, the vision of Jesus and Mary, the Virgin, and the authority of any such vision in terms of sacred scriptures, legal rulings and dogmatic questions.

Divine and Non-Divine Revelations in Christianity

Like Muslims, Christians believe that man can communicate with the metaphysical world(s) and see matters and things which are not a part of the physical reality that we perceive with our very eyes in this material world.

The Bible and its Authority as a Revelation from God

As such, the Bible is not more than ancient anonymous religious pieces of writing for the most part according to Christians themselves. In reply to the following question: What is the Bible? St-Takla.org (Arabic version) replies as follows: “This name (Bible) is given to a collection of divine books written by saintly people of God driven (guided) by the Holy Spirit, accounting for the Old Testament and the New Testament which consist of 73 books (46 as the Old Testament and 27 as the New Testament), adding the Deuterocanonical Books …”

Under the subheading “About it, i.e. Bible”, the same website states: “The commencement of the Bible writing dates back to about 3472. God called on Moses to start writing down its first five books in 1512 B.C. The Bible writing took about 1610 years. The last book of the New Testament was written down in 98 A.D. It (Bible) was written by many people, out of whom only 40 persons are known. The first of them was Prophet Moses and the last was John.”

It is curious that there is disagreement among the Christian denominations over the number of the books of the Bible. The Orthodox and Catholic Churches believe that the Bible has 73 books, whereas the Protestant Church believes that the Bible has only 66 books only.

What is more, the Protestant Church accepts neither canon laws nor holy councils or their resolutions, nor do they follow the fathers’ teachings. Accordingly, they do not accept all church systems introduced by tradition.

However, we do not deny the fact that the Bible contains some words of God. Rather, as such, the Bible cannot be totally attributed to God as a divine revelation. As set out in the first part, revelation has a prescribed way of reception from God and conveyance to us. Yet, we still believe that there are still in the Bible some words of God maybe in the same divine wording or in a human one, but we cannot differentiate between this and that.

For example, neither Genesis, Leviticus nor Numbers involves any piece of evidence that they are the words of God or they were revealed to Moses.

As for Exodus, it indicates that God revealed to Moses some of His words, but does it state that those words are actually contained in Exodus.

Exodus mentions that Moses wrote down and read the words of God to the Children of Israel. But, are those words included in Exodus?

In Exodus, we read: Moses then wrote down all the Lord’s words. He got up early in the morning and built an altar at the foot of the mountain. He set up twelve sacred stone pillars for the twelve tribes of Israel. He appointed certain young Israelite men to offer entirely burned offerings and slaughter oxen as well-being sacrifices to the Lord. Moses took half of the blood and put it in large bowls. The other half of the blood he threw against the altar. Then he took the covenant scroll and read it out loud for the people to hear. They responded, “Everything that the Lord has said we will do, and we will obey.” (Exodus 24:4-7)

Exodus tells us that Moses received the Ten Commandments on two tablets. But, what about the other contents of the Bible?

In Exodus, we read: The Lord said to Moses: “Write down these words because by these words I hereby make a covenant with you and with Israel.” Moses was there with the Lord forty days and forty nights. He didn’t eat any bread or drink any water. He wrote on the tablets the words of the covenant, the ten words. (Exodus 34:27-28)

As for Deuteronomy, it is the only book which states that it is the word of God revealed to Moses, but does Deuteronomy only constitute the Torah as a whole? Where is the rest of Torah?

It is eccentric that, at the end of Deuteronomy, this book paves the way for Joshua and the book of Joshua after talking about the death of Moses. Are the rest of the books of the Old Testament from the Torah or what? How did the Torah continue coming down after Prophet Moses’ demise?

Undoubtedly, the books after Deuteronomy until the beginning of the books of the New Testament are just ancient religious writings about those prophets who were sent after Moses until the mission of Jesus. Therefore, they are not a revelation from God but rather chronicles about the prophets during the period of time between the mission of Moses and that of Jesus.

As for the New Testament, it begins with four synoptic gospels relating the biography of Jesus Christ according to four chroniclers or biographers, namely Matthew, Mark, Luke and John.

It is exotic that those gospels, the last of which is the Gospel of John, are concluded with bizarre statements as follows: “This is the disciple who testifies concerning these things and who wrote them down. We know that his testimony is true. Jesus did many other things as well. If all of them were recorded, I imagine the world itself wouldn’t have enough room for the scrolls that would be written.” (John 21:24-25)

The Bible and the New Testament is concluded with the Book of Revelation, which is a vision related by a person supposed to be an apostle of Jesus. Supposing that this person is actually an apostle of Jesus, how can his words be included in the Bible as words of God?

It is queer that, in the Bible especially the New Testament, the legal rulings and the dogmatic questions are taken from people other than Jesus and the previous prophets of God.

As for the legal rulings, we observe that Paul, for example, calls for celibacy, and discourages marriage, not to mention polygamy, though Jesus did not dwell on such matters as quoted in the four gospels.

In the New Testament, we read: “Now concerning the thing whereof you wrote to me: It is good for a man not to touch a woman.” (1 Corinthians 7:1) We also read: “A bishop then must be blameless, the husband of one wife, vigilant, sober, of good behavior, given to hospitality, apt at teaching.” (1 Timothy 3:2)

As for the dogmatic questions, we notice that Paul, for example, attributes ignorance and weakness to God, Far Exalted is God above that! In the New Testament, we read: “For the foolishness of God is wiser than men, and the weakness of God is stronger than men.” (1 Corinthians 1:25)

Vision of Jesus and Mary and its Authority in Terms of sacred scriptures, Legal Rulings and Dogmatic Questions

In Christianity, it is a commonplace to come across visions of Jesus Christ or Mary the Virgin, either in dreams or even while one is awake, and statements quoted from Jesus Christ in the Bible, which are acted upon in terms of legal rulings and dogmatic questions.

For example, the Bible tells us in the New Testament that Jesus appeared to Saul, better known as Paul, and talked to him, paving the way for making him one of his apostles. In the New Testament, we read: And he fell to the ground and heard a voice [from heaven] saying to him, “Saul, Saul, why are you persecuting and oppressing Me?” And Saul said, “Who are You, Lord?” And He answered, “I am Jesus whom you are persecuting, now get up and go into the city, and you will be told what you must do.” (Acts 9:4-6)

It is ironic that this Saul or Paul is considered an apostle of Jesus though he did not meet Jesus even for a while in his lifetime. What is more, Paul’s epistles are included in the New Testament as words of God. Thus, Saul or Paul represents a religious authority in Christianity and so he would make matters lawful and others unlawful and decide legal rulings and dogmatic questions.

It is also curious that many Christians say that Jesus appeared to them quite easily as if he would appear to them every time they wanted to see him. As a matter of fact, any such vision may not be considered for sacred scriptures, legal rulings or dogmatic questions simply because there is no evidence that any such ghost appearing to people is actually Jesus, not to mention the fact that those claiming that they have seen Jesus are unable to describe his facial features and that all what they talk about is just the emergence of an aura around an unidentified man.

It is more ironic that we notice that our Christian friends confirm the possibility of Jesus’ appearance to non-Christians when thinking about conversion to Christianity.

As a matter of fact, the matters of faith cannot be based on superstitions, myths or fables. Otherwise, magic, charlatanism, and evil spirits would have been more credible.

Therefore, faith should be based on such a sound creed which harmonizes with logic and genuine divine revelation and which man does not find it difficult to believe in.