“It befits not the Majesty of God that He begets a son for He is far above this. Glorified and Exalted be He above all that they associate with Him. When He decrees a thing, He only says to it, “Be!” and it is.” (Qur’an 19:35) 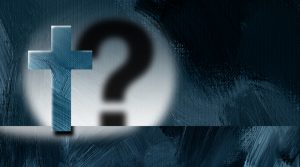 The mother of Prophet John according to the Bible was filled with the Holy Spirit.

“But the angel said to him, ‘Do not be afraid, Zacharias, for your prayer is heard; and your wife Elizabeth will bear you a son, and you shall call his name John. And you will have joy and gladness, and many will rejoice at his birth. For he will be great in the sight of the Lord, and shall drink neither wine nor strong drink. He will also be filled with the Holy Spirit, even from his mother’s womb.’” (Luke 1:13-15)

“But you will receive power when the Holy Spirit comes on you; and you will be my witnesses in Jerusalem, and in all Judea and Samaria, and to the ends of the earth.” (Acts 1:8)

“While Peter was still speaking these words, the Holy Spirit came on all who heard the message.” (Acts 10:44)

Is Jesus the only person who was called ‘the Son of God’?

The term ‘Son of God’ was not used literally, because in the Bible, God refers to many of His chosen servants as ‘sons’. The Hebrews believed that God is One, and that He has neither wife nor son in any literal sense, so the term ‘Son of God’ meant servant of God. Some of the followers of Jesus who came from a Greek or Roman background misused this term. In their heritage the term ‘Son of God’ signified an incarnation of a god or someone born out of a physical union between a male and a female goddess.

“But when they arrest you, do not worry about what to say or how to say it. At that time, you will be given what to say, for it will not be you speaking, but the Spirit of your Father speaking through you.” (Matthew 10:19-20)

Muslims believe that Jesus is ‘the Word of God’, but this description does not mean that Jesus is the Son of God in a literal sense but a symbolical one, means that he spoke the word of God. Also when prophets were to speak God’s revelation to others, they would say:

Was Jesus called ‘Immanuel’ which means (God with us)?

“Therefore the Lord himself will give you a sign: The virgin will conceive and give birth to a son, and will call him Immanuel.” (Isaiah 7:14)

The prophecy states that his name will be ‘Immanuel’, it does not say that he will be Immanuel. Mary never called her child ‘Immanuel’ as required by the prophecy. According to the Bible, she named him Jesus following instructions by the angel of God.

“but kept her a virgin until she gave birth to a son; and he called His name Jesus.” (Matthew 1:25)

Jesus was never called ‘Immanuel’, and if we assume that this name was meant to be for Jesus, this still does not make him God because according to the Bible, several people were in God’s company. Therefore, Immanuel’s interpretation as ‘God with us’ does not mean that God’s company is exclusive to Jesus only. God is with His prophets and righteous servants every time and everywhere. Here we can see other names linked with God (in the Hebrew forms of El or Yah) belonging to other people. For example:

God was with His Prophet Joseph.

“Because the patriarchs were jealous of Joseph, they sold him as a slave into Egypt. But God was with him.” (Acts 7-9)

The birth and naming of the child Immanuel when read in context, was a sign for king Ahaz and his people, who were about to be invaded by two rival kingdoms, that God will be with them and give them victory. The name ‘God is with us’, means that God will support us. The meaning of the name is understandable since the child’s name was supposed to indicate to King Ahaz that God was on his side.

“Again the Lord spoke to Ahaz, ‘Ask the Lord your God for a sign, whether in the deepest depths or in the highest heights.’ But Ahaz said, ‘I will not ask; I will not put the Lord to the test.’ Then Isaiah said, ‘Hear now, you house of David! Is it not enough to try the patience of men?  Will you try the patience of my God also?  Therefore, the Lord himself will give you a sign: The virgin will be with child and will give birth to a son, and will call him Immanuel.  He will eat curds and honey when he knows enough to reject the wrong and choose the right.  But before the boy knows enough to reject the wrong and choose the right, the land of the two kings you dread will be laid waste.” (Isaiah 7:10-16)

The promise was fulfilled by God, and they were given the victory.

“The king of Assyria complied by attacking Damascus and capturing it.  He deported its inhabitants to Kir and put Rezin to death.” (2 Kings 16:9)

In actual Hebrew (Isaiah 7:14) does not say a virgin would give birth but that a young woman would conceive.  The Hebrew word (almah), used in (Isaiah 7:14) means young woman, not a virgin.  The Hebrew word for virgin is (b’tulah).  The Revised Standard Version Bible is one of the few Christian Bibles that used the translation ‘young woman’ instead of replacing it with the word ‘virgin.’

Symbolic names are frequently used by Hebrews in the Bible.  Many names cannot be taken literally.

Jesus confirmed his Prophethood, his submission to God, his servitude to God, and his status as a Human Messenger:

You Ask and Jesus Answers (Part I)