The Two Testimonies of the Islamic Faith 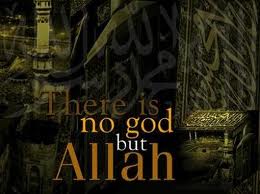 Islam is the religion of all the Prophets of God.

Islam is the religion of all the Prophets of God starting with the father of mankind, Adam and ending with Muhammad (peace be upon them). In Arabic, Islam means “complete submission to the One God (Allah)”.

I don’t think anyone would argue that the Prophets taught any other than submission to the will of the One God. Today this belief is expressed by declaring and acting upon ash-shahadatayn (the two Testimonies):

2- “Muhammad is the Messenger of God”.

The first Testimony (Ash-Shahadah), i.e., “I testify that there is no deity except the One God” indicates that there is no divine entity besides Almighty God and therefore nothing deserves to be worshipped except Him. This testimony separates all things into two categories: 1- Creator, God, Master 2- Creature, worshipper, subservient.

There are two ways one may come to believe in God. The first is relying on our spiritual instinct with which God created us, and that is why most people have believed in a Supreme God throughout history. That being said, no one can be %100 sure that their knowledge of God and that their relationship with Him is correct without an authentic revelation from Him.

Most people went astray throughout history by not searching for the pure message of God in addition to blindly following others. We must not gamble with our eternity by relying on our own minds in order to understand God and our relationship with Him.

Therefore, the first Testimony requires complete ratification of the unadulterated final message of God (the Qur’an) as the %100 pure words of God. In today’s evolving world of science and technology the Qur’an produces its own proof as to its authenticity.

The Qur’an is a book of guidance, but is also a miracle in itself. One would already assume that God’s own words should be miraculous simply because it is His words. So it is miraculous in many ways, one of which is its being exactly preserved since the time of its revelation.

This preservation is incumbent upon our Just God Who has decreed that He will not send any new Prophet or scripture until the Last Day. So, after the death of the Prophet Muhammad (peace be upon him), the faith of the believers can thrive without doubt.

The Second Testimony of Faith

The statement: ”I bear witness that Muhammad is the Messenger of God” signifies one’s belief that Muhammad was the final Prophet/Messenger commissioned by God to reveal His message to mankind.

It also includes the complete acceptance that everything he taught was conveyed from the guidance of God and that he fully conveyed that message to the best of his human ability as did all the Prophets before him.

A ‘Prophet’ is a man who receives revelations from God and conveys it to his nation. A ‘Messenger’ is a Prophet who comes with some new laws or the abrogation of old laws. A Prophet who is not a Messenger but he follows the laws of the Messenger who came before him. A Muslim must believe in all the Prophets and Messengers. Every Messenger is a Prophet, but not every Prophet is a Messenger.

Our Creator sent His message to Prophets and Messengers out of His All-Encompassing Mercy in order to guide mankind to the straight path and eternal salvation. So, it is without doubt that any Prophet would have come saying that they are the way, the truth, and the life or that there is no way to God except through them (by believing in their prophethood and by following their example). I ask my Christian friends: ‘In the time of Abraham, was there any way to God other than by following his teachings?’

Any objective student of the life and teachings of the Prophet Muhammad (peace be upon him) would come to realize that he is just as he claimed, the final Messenger of God and seal of prophethood. There is no other explanation for his extraordinary life filled with hundreds of miracles and a sublime moral example marked by love, mercy, truth, humility, kindness, patience, tolerance and justice.

The Prophet Muhammad is the most scrutinized person in recorded history. This is because of the many verses of the Qur’an that teach the believers that not only is he the ultimate practical example of how to follow Islam, but his words and actions are separate revelation from the Qur’an known as the Sunnah. For this reason our scholars were very meticulous in recording and preserving his sayings and actions through narrations of his Companions known as “Hadith”.

This science of Hadith verification is highly respected among non-Muslim scientists as the top formula for historical verification ever contrived by man. Here are the verses which led the Muslims to be so concerned with preserving his life:

There has certainly been an excellent example to be followed in the Messenger of God for whoever wishes to be with their Lord (succeed) on the Day of Judgment and for those who wish to remember God often. (Al-Ahzab 33:21)

…God has sent down to you the book (the Qur’an), and the wisdom (the Prophet’s Sunnah), and taught you that which you knew not. And ever great is the grace of God unto you. (An-Nisaa’ 4:113)

..And We have also sent down unto you the dhikr (the Qur’an), that you may then explain clearly to them what is sent down to them and that they may be mindful of it. (An-Nahl 16:44)

…And whatsoever the Messenger gives you (commands you), take it; and whatsoever he forbids you, abstain (from it)…. (Al-Hashr 59:7)

Obey God and obey the Messenger so that you may receive mercy (Paradise in the Hereafter). (Aal `Imran 3:132)

These two testimonies are the essential foundations as well as the sources of Islamic Faith and Practice. The analogy of constructing a building is useful in explaining the importance of the Testimony of Faith.

There can be no building without a concrete foundation. Likewise, there will be no benefit or fruitful results in the Hereafter without a pure faith based upon an authentic revelation from God.