The Theological Idea of Salvation in Christianity 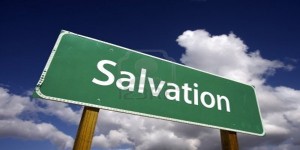 In the history of the church which goes back about two thousand years, much has been said about the doctrine of salvation. Christians agree that salvation is centered in one way or another on the life, death, and resurrection of Jesus Christ.

The Theory of Atonement

Christians believe that Jesus is both truly God and truly human being. Atonement was a ransom paid to Satan by God in order to free humanity and bring them back to the right relationship with God. Satan, the evil one, had control over the souls of all people their fallen to sin; in order for them to be freed form Satan’s control a price had to be paid. Therefore, God offered his only begotten son Jesus for payment of this ransom and Satan accepts it. But God tricked Satan because Satan did not know when he accepted Jesus Christ as payment that Jesus cannot be controlled by death as Jesus was sinless and son in the end. God raised Jesus from the dead and by doing this, by taking back to this ransom; Satan’s control over humanity and creation was ended and salvation was achieved.

Another theory of Atonement is called, “the penal substitution theory”. This theory says that all of humanity deserve punishment, but Jesus Christ (God in Jesus Christ) choose to be punished himself in place of humanity. So there is a justice that had to be met and there was only person who could do that and that was God himself. Jesus Christ died on the cross for the sin of humanity and consequently they were able to have access to salvation as the penalty for sin has been paid by God. Humanity and all of creation can be reconciled to God. In John, “Now my soul is troubled, and what shall I say? ‘Father, save me from this hour’? No, it was for this very reason I came to this hour.” (John 12:27)

Another Theory on Atonement which has been widely accepted by the Christians that is “Satisfaction Theory of Atonement”. It teaches that Christ suffered as a substitute on behalf of humanity, through the sinful of humanity though rather than pain a price for the justice of God (pain penalty). Adam and Eve rebelled against God and dishonored Him, so Jesus Christ though infinite merit of his sinless life and death satisfied the demands of God’s honor when he was crucified and so God’s honor was restored. Jesus’ death on the cross was the ultimate act of obedience to the will of God, but this act by Jesus Christ was more than required by God. Therefore, there was a surplus of merit that could be applied to all humanity. Christ’s surplus covers the humanity’s deficit. It is clear that Jesus Christ is not punished in this theory, but he suffered for us and restores God’s honor and humanity is saved. In 2 Corinthians, “God made him who had no sin to be sin [a] for us, so that in him we might become the righteousness of God.” (2 Corinthians 5:21)

But the question then arises, how could I obtain salvation that Jesus Christ has made possible for his followers?

Once again, there are several possibilities: first, the work of Jesus Christ has universal effect because of what God has done in Jesus Christ so all of humanity has been saved. It is a fact that salvation has been achieved and brought for all humanity by Jesus Christ.

In short, a Christian must has faith in Jesus Christ as a lord and savior. In the New Testament, book of Acts, a man asked the apostles, “What must I do to be saved?” They replied, “Believe in the Lord Jesus, and you will be saved – you and your household.” (Acts 16:30-31)

Second: faith is not something that I do of my will, but a gift from God. God is gracious and merciful, so He gives us the gift of faith as well as the gift of salvation. In Ephesians, “For by grace you have been saved through faith. And this is not your own doing; it is the gift of God.” (Ephesians 2:8)

In the book of Romans, “For the kingdom of God is not a matter of eating and drinking, but of righteousness, peace and joy in the Holy Spirit.” (Romans 14:17)