The Family of `Isa `Abdo in Egypt

Here is an astonishing and interesting story of the Christian Egyptian man ‘Abdo Ibrahim, who decided, in 1918, to convert to Islam and marry a Muslim girl. Calling his first son “Isa “, his wife’s family got very angry and thought him to be still a Christian.

Reprimanding him they said, “You have fooled us, you are still a Christian!”. He replied, “Wait! I am still a Muslim man, and my name is ‘Abdo”. 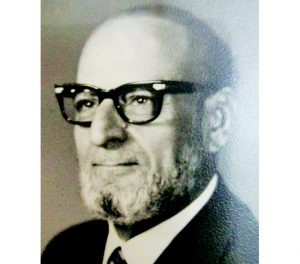 “I used, mistakenly, to believe Jesus to be the son of Allah. Now I realized that he is a worshipper and a slave to Allah and not his son.”, Isa ‘Abdo.

“I used, mistakenly, to believe Jesus to be the son of Allah. Now I realized that he is a worshiper and a slave to Allah and not his son. I wanted Prophet ‘Isa (Jesus) to be remembered through my son’s name. In Arabic, ‘ ‘Abdo’ means “a worshiper and slave to Allah, Almighty – that is why I called my son ‘Isa ‘Abdo”,  he added.

Upon hearing this, the family became calm. Eventually ” ‘Isa ‘Abdo” became the godfather of economical Islamic-banking. He was the first to write a book in mid-sixties under the title “Banks without interest” and kept lecturing and holding many meetings in this regard.

In 1975 a brave man in Dubai named Saeed Lota reacted positively to his call and applied for a license to establish an Islamic bank which was later on authorized by Dubai Governor, Shaikh Rashed bin Maktoom, and came to be known “Dubai Islamic-Bank”. It was the beginning for a multi-billion-industry in less than thirty years.

In 1966, another son for ” ‘Abdo” called “Ibrahim”, an environmental specialist, called for tackling the issue of the scarcity of water-resources worldwide. Under the slogan “God have Created every alive thing from water”, an Aya from Qur’an, he made a conference in Switzerland to raise awareness of such challenge to humanity.