The Concept of Fasting Between Islam and Christianity (Part 1)

Fasting: A great Act Of  Worship And A Divine Law

Fasting is a great act of worship that has been legislated by all heavenly laws; It is a mechanism by which one spiritually purifies himself/herself. There have been many contemporary researches on the benefits of fasting and its differences among different cultures.

Since fasting occupies such a lofty position in Islam and in many cultures, the reader is eager to know how was the fasting by different religions and nations, especially among Christians in comparison to Islam. 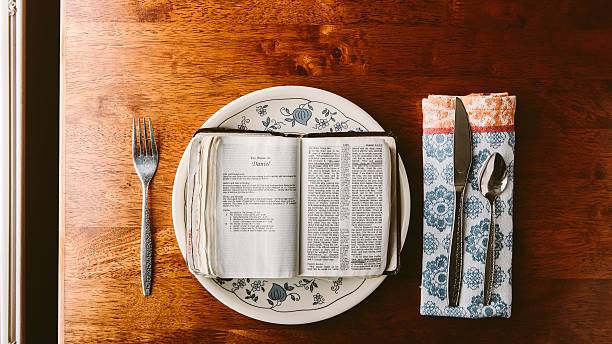 “When you fasting, do not look somber as the hypocrites do, for they disfigure their faces to show others they are fasting”. (Jesus), (Matthew, 6:16)

As for Islam, the details of fasting are well known; it is, “To refrain from eating, drinking and sexual lust from the dawn until sunset”. In fact, there is no much detail in the Qur’an, nor in the Bible as to the Christian rite of fast. However, there is a few reference to fasting came in the Bible.

The Christian concept of fasting, like many other Biblical concepts, has been subject to misrepresentation and false interpretations. Here is an attempt to explore the historical legacy of fasting for Christianity and Islam.

The Bible makes a general reference to the fasting only. It does not give much details on legislation related to it. It only urges people to do fasting so that ‘God may accept prayer”. In The Book of Judith Greek, 4:12), we read,

“Know that the Lord is responding to your prayers, if you persevere in fasting and prayer before the Lord.” And Jesus abandon his companions to show-off by their fast like the Pharisees.(Matthew, 6-16)

However, It does not point out what is fasting. There is a hint of the similarity of Christian fasting to the Islamic rite of fasting as regards to “hunger”. In Matthew )4:12),

“After he (Jesus) fasted forty days and forty nights, he was finally hungry!”

In view of the status quo of Christians today compared to their past experience of fasting, the matter has changed, interpretations of the Bible are not sure how Jesus did fasting.

Some claim that the details of the commandment of fasting have been referred to the ecclesiastical assemblies for interpretation. They allege that, “The Bible does not tell us times or months of fasting; it is left to personal conscience. And according to the Bible model, a group of Christians or the Church may set a time for fasting due to important incidents in the lives of the faithful”.

Rashid Reda, a Muslim thinker says, “The most well-known Christian fasting and the oldest is: the Lent (the great fasting) before Passover, which Moses and Jesus and the Apostles did. Chief priests enacted new kinds of fasting, including abstinence from meat, egg and milk. Doing the fast, Jews ate one time a day. Christians changed such ruling of fasting to be from mid-night to mid-day. (Tafsir al-Manar: 2/144 and see: M. Tahtawi’s Christianity and Islam: p 88.).

In his book Christianity (p. 235).Dr. Ahmed Shalabi, a Muslim thinker says, points out that, “Christian fasting means: abstinence from food from Morning until after midday, then eating a fat-free food.

Imam Ibn al-Qayyim asserts that the Christians are against the teachings of Jesus -peace be upon him- in this duty; he says: “Christ has neither prescribed this fasting, which they fast at all, nor did he fast such fasts in his lifetime, and nor his companions. He also did not fast ‘The fasting of the virgins’ “.

Al-Baghdadi says that the fasting in this way is an innovation created by their leaders, and that, in this sense. According to him, it is not mentioned in the Torah nor in the Bible. He says: “The chiefs of the Christians invented The Bihriz rite”. (Bihriz, is a rite at which one has to abandon meat except fish and add oil to food, drink water, smoke, Coffee and wine) (See, Difference between creature and creator, p. 46).

“And there is no an indication that this fasting was in the Christian scripture”, he proceeded.

How could Christian scripture not give much detail of such a great and noble act of worship which constitutes one of the pillars of the last religion of Islam, a religion which was introduced for humanity!

Perhaps such contradictions may explain the obvious confusion and differences Christians and churches got in as regard to fasting. In Wikipedia, we find:

In his book “Fasting from the Beginning to Islam [p. 151], Dr. Ali Al-Khatib says: “Fasting can be divided according to the Christian denominations into three sections: 1 – The Catholic Church-Fast: It begins at mid-night until mid-day. Those who are seven years old and more are only permitted to do it until the age sixty. In Catholicism, It is called, “the great fast”. One has to refrain from eating meat and milk (and egg, cheese, and butter) on Wednesdays and Fridays, but they (Christians are fasting one day only nowadays. The Catholic Church exempted some of its followers from the religious duty of fasting. They imposed a newly kinds of fast. The Catholic Church legislated fasting on all Sundays, the day of St. Mark, the week of Passover, the days of blessings (or invocations), and Saturdays and Fridays.

(3) Fasting in the Protestant Church:  In the Protestant Church the matter of fasting is left to one’s conscious, i.e. according to people’s personal desire to do the fasting or not. If s/he fasts, s/he would break it with the kind of food s/he wishes. It does not hold it to be obligatory.

(4)The fasting of the two sects of the Armenians and the Copts: It enacts the most difficult kind of fast. It’s followers do fasting on Wednesdays and Fridays, except days between the Passover and the Ascension. They, also, do a ten-weeks fasting a year”.