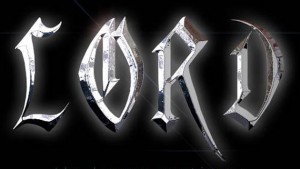 In many cases, the usage of the terms of lordship and godhood in the Holy Scriptures is not intended as a literal but metaphorical usage

Unfortunately, such metaphorical usage gave rise to clearly false beliefs among the followers of some Abrahamic religions, especially Christianity, in the absence of the original versions of the Gospel or knowledge of the native language of such versions as well as their usages, be they literal or metaphorical.

The loss of the original versions which must have been written during Jesus’ lifetime or shortly after his Ascension and the consequent distortion and alteration led to big mistakes especially in the Christian creed.

The term “Lord” (Rabb in Arabic) is used in the Qur’an to refer to the Deity in all of its usages with a few exceptions. For example, we read in the second verse of the Opening Chapter of the Qur’an (Al-Fatihah) after Basmalah (the introductory verse: in the name of God, Most Gracious, Most Merciful):

It is clear enough that the term “Lord” is used here to refer to the Deity.

For example, the Qur’an relates the story of Prophet Joseph (Yusuf in Arabic) as follows:

And she, in whose house he was, sought to seduce him. She closed the doors and said, “Come, you.” He said, “[I seek] the refuge of Allah. Indeed, he is my lord, who has made good my residence. Indeed, wrongdoers will not succeed.” (Yusuf 12:23)

The Qur’an here tells us that Prophet Joseph referred to the ruler (Al-Aziz in Arabic) as “my lord”, i.e. my master. He did not intend the Deity.

“O two companions of prison, as for one of you, he will give drink to his lord of wine; but as for the other, he will be crucified, and the birds will eat from his head. The matter has been decreed about which you both inquire.” And he said to the one whom he knew would go free, “Mention me before your lord.” But Satan made him forget the mention [to] his lord, and Joseph remained in prison several years. (Yusuf 12:15)

And the king said, “Bring him to me.” But when the messenger came to him, [Joseph] said, “Return to your lord and ask him what is the case of the women who cut their hands. Indeed, my Lord is Knowing of their plan.” (Yusuf 12:50)

Since the usages of the term “Lord” as a reference to other than the Deity is very few in number in the Qur’an, its metaphorical usage for other than Allah has not led to any dogmatic problem.

As for the term “Lord” in the Bible, we notice that it is used to refer to the Deity and Jesus as well. In the Old Testament, we read: “My son, if you come forward to serve the Lord, prepare yourself for temptation.” (Sirach 2:1) The term “Lord” here is intended for the Deity.

In the New Testament, we also read: “Believe in the Lord Jesus, and you will be saved–you and your household.” (Acts 16:31) We also read: “So then, just as you received Christ Jesus as Lord, continue to live your lives in him, rooted and built up in him, strengthened in the faith as you were taught, and overflowing with thankfulness.” (Colossians 2:6-7) In those verses, we notice that the term “Lord” refers to Christ Jesus rather than the Almighty Deity.

However, can the Almighty Deity be the Lord and Jesus be the Lord literally? The usage of the term “Lord” as a reference to Jesus is a metaphorical one given the inapplicability of lordship to him. There are many pieces of evidence for that from the New Testament itself and the Old Testament as well.

For example, in the New Testament, we read: “But Simon Peter answered Him, “Lord, to whom shall we go? You have the words of eternal life. Also we have come to believe and know that You are the Christ, the Son of the living God.’” (John 6:68-69)

Here, an important question should arise: how can Jesus be “Lord” and “the Son of God” literally at the same time? Either Jesus is the Lord or the Son of the Lord.

In fact, the literal lordship of Jesus is negated by virtue of the Bible itself, including the Old Testament and the New Testament as well. In the New Testament, we read: “The most important one,” answered Jesus, “is this: ‘Hear, O Israel: The Lord our God, the Lord is one.” (Mark 12:29, Matthew 4:10)

Moreover, the Old Testament abounds in verses confirming the exclusive lordship of the Almighty Deity and refuting the literal lordship of anyone else. For example, we read: “Hear, O Israel: The LORD our God, the LORD is one.” (Deuteronomy 6:4; 4:35&39; 32:39) and “Before me no god was formed, nor will there be one after me. I, even I, am the Lord, and apart from me there is no savior.” (Isaiah 43:10-11)

It is used in the Qur’an only to stand for the Deity. It is not used to refer to anyone else, either literally or metaphorically. In the Qur’an, we read:

And your god is one God. There is no deity [worthy of worship] except Him, the Entirely Merciful, the Especially Merciful. (Al-Baqarah 2:163)

As for the New Testament, Jesus is often referred to as “the Son of God”. For example, we read: “As soon as Jesus was baptized, he went up out of the water. At that moment heaven was opened, and he saw the Spirit of God descending like a dove and alighting on him. And a voice from heaven said, ‘This is my Son, whom I love; with him I am well pleased.’” (Matthew 3:16-17)

We also read: “I have been crucified with Christ and I no longer live, but Christ lives in me. The life I now live in the body, I live by faith in the Son of God, who loved me and gave himself for me.” (Galatians 2:20)

As a matter of fact, references to Jesus as “the Son of God” are so many in number in the New Testament. Yet, is Jesus “the Son of God” literally or metaphorically? Literally speaking, Jesus cannot be the Son of God given the fact that he is not the only one who is so described in the Bible.

For example, the Children of Israel are referred to as gods. In the Bible, we read: “Then the Jews took up stones again to stone him. Jesus answered them, Many good works have I shewed you from my Father; for which of those works do ye stone me? The Jews answered him, saying, For a good work we stone thee not; but for blasphemy; and because that thou, being a man, makest thyself God. Jesus answered them, Is it not written in your law, I said, Ye are gods? If he called them gods, unto whom the word of God came, and the scripture cannot be broken (John 10:31-35)

The Old Testament quotes the Almighty Deity as promising Prophet Moses to be God. In the Old Testament, we read: “And the LORD said unto Moses, See, I have made thee a god to Pharaoh: and Aaron thy brother shall be thy prophet.” (Exodus 7:1)

Similarly, we also read: “I said, ‘You are gods; you are all sons of the Most High.’” (Psalm 82:6) What is more, Satan himself is referred to as a god in the Bible. We read: “The god of this age has blinded the minds of unbelievers, so that they cannot see the light of the gospel that displays the glory of Christ, who is the image of God.” (2 Corinthians 4:4) All of that proves common metaphorical usage in the Bible.

To conclude, Jesus cannot be the Lord or the Son of God literally for he himself negated that and confirmed his prophethood. He said: “Do not think that I have come to abolish the Law or the Prophets; I have not come to abolish them but to fulfill them.” (Matthew 5:17)

2 Philippians proves that Jesus was a servant of God. It reads: “In your relationships with one another, have the same mindset as Christ Jesus: Who, being in very nature God, did not consider equality with God something to be used to his own advantage; rather, he made himself nothing by taking the very nature of a servant, being made in human likeness. And being found in appearance as a man, he humbled himself by becoming obedient to death.” (Philippians 2:5-8)

2 Philippians indicates that Jesus like all other human beings was made in God’s image as it was mentioned in the Old Testament:

“Then God said, ‘Let us make mankind in our image, in our likeness.’” (Genesis 1:26) This is also confirmed by the following statement of Prophet Muhammad: “God created Adam in His image.” (Agreed-on hadith)

Had Jesus been the Lord or the Son of God literally, he would not have made himself nothing, taken the very nature of a servant or been made in human likeness. He would have rather deserved worship and called people to it. However, when Satan tried to tempt him to worship him according to the New Testament, Jesus said to him, “Away from me, Satan! For it is written: ‘Worship the Lord your God, and serve him only.’” (Matthew 4:10)

Indeed, Jesus himself worshiped God according to the New Testament itself. How can he deserve worship? In the New Testament, we read: “Then Jesus went with his disciples to a place called Gethsemane, and he said to them, “Sit here while I go over there and pray … Going a little farther, he fell with his face to the ground and prayed (Matthew 26:36-39)