Attributes of the Creator

The Creator is Self-Sufficient. He is apart from His creation, it does not befit His Majesty to take a son or wife, or to beget or to be begotten, and there is no similitude to Him. God, who created space and time, is necessarily transcendent in relation to both. Causation is a law for us who live in space and time, and it is an error on our part to think that He is bound by either. It is God who created the law of causation and we cannot consider Him as a subject to the law He created, therefore God does not change. He created the time, so He is not subjected to time. He does not go through the same stages of time that we go through, does not get tired, and does not need to put Himself in a physical form or descend to Earth. Therefore we cannot see Him in this life because we are trapped in time and space, while He transcends both. 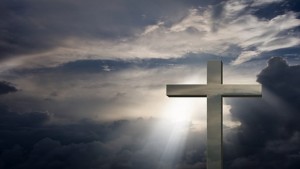 God is Perfect; He has no need to die for us. He gives life and death, so He did not die nor was He resurrected. He saved His Prophet Jesus and protected him as He helps and protects His believers. God is Most Merciful to His creatures, more than a mother is to her children, so He forgives them whenever they repent to Him.

For Muslims, neither Jesus nor God died for humanity on the cross. Many of the ancient Christians as well denied the crucifixion of the Christ; Christian historians have mentioned the names of many Christian sects who denied the crucifixion -The followers of Basilides as an example- Basilides was an early Christian Gnostic religious teacher in Alexandria, Egypt, from 117 to 138 CE, this is a period of time close to the time of the disciples, and it is believed that he got his teachings from Peter and other disciples of Jesus. He believed and taught his followers that Jesus Christ was not crucified, So, we can see that it’s not only the Holy Qur’an that spoke about the salvation of Jesus Christ from the crucifixion; the story goes back to the earliest time of the Church history. We have at least 15 sects of earlier christens who believed that Jesus was not crucified, Corinthians and Marquis for example. Some of these sects -who were in a period of time closer to the time of Jesus- also said that Christ Himself was not crucified and he was not killed, but one of his disciples was crucified instead of him.

The denial of the crucifixion of Jesus, continued with the monk, Theodorus (560 CE), and the Bishop John, the son the governor of Cyprus (610 CE).

It was also denied by the author of the book ‘Holy Blood, Holy Cup of Christ’. He stated in his book that the Christ was not crucified, and it was the traitor (Judas Iscariot), who was crucified instead of him.

Although the Holy book Qur’an did not mention the name of the one who replaced Jesus on the cross, but logic and evidence confirm this supposition.

The logic and evidence are represented in the following:

Every Man will Bear his Own Burden

“Then Adam received from his Lord [some] words, and He accepted his repentance. Indeed, it is He who is the Accepting of repentance, the Merciful.” (Qur’an 2:37)

“[But] Abraham fulfilled [his obligations] -that no bearer of burdens will bear the burden of another and that there is not for man except that for which he strives and that his effort is going to be seen -then he will be recompensed for it with the fullest recompense”. (Qur’an 53:37-41)

The lesson which God gives to all humanity when He accepted Adam’s repentance for eating the forbidden fruit is the first instance of forgiveness of God to humanity. There is no issue of the original sin. Every soul bears the burden of its own sin. This shows the merciful nature of God. Forgiveness does not negate justice, nor does justice preclude forgiveness.

Sacrifice is not desired, but Mercy

“For [God said,] “I desired mercy, and not sacrifice; and the knowledge of God more than burnt offerings.”  But they, like men, have transgressed the covenant; they have dealt treacherously against Me there.”(Hosea 6:6 – 7)

“[For] You have had no pleasure in burnt offerings and [sacrifices] for sin.”(Hebrews 10:6)

“[And thus Jesus said,] “If you had known what [this] means, ‘I will have mercy, and not sacrifice,’ you would not have condemned the guiltless.”(Matthew 12:7)

“Thus the Lord of hosts says, the God of Israel; “Put your burnt offerings to your sacrifices, and eat flesh.  For I did not speak to your fathers, nor command them in the day that I brought them out of the land of Egypt, concerning burnt offerings or sacrifices.  But I commanded them this thing, saying, ‘Obey My voice, and I will be your God, and you will be My people, and walk in all the ways that I have commanded you, that it may be well to you.’  But they did not listen, nor incline their ear, but they walked in the counsels [and] in the imagination of their evil heart, and went backward, and not forward” (Jeremiah 7:21 – 24)

“O mankind, fear your Lord and fear a Day when no father will avail his son, nor will a son avail his father at all. Indeed, the promise of Allah is truth, so let not the worldly life delude you and be not deceived about Allah by the Deceiver.” (Qur’an 31:33)

“God wants to accept your repentance, but those who follow [their] passions want you to digress [into] a great deviation.”(Qur’an 4:27)

God saved his Prophet Abraham from killing his son, as promised.

“So never think that God will fail in His promise to His messengers.  Indeed, God is Almighty and Owner of Retribution.” (Qur’an 14:47)

“Abraham looked around. He saw a ram in the bushes. God had given the ram for the sacrifice. Abraham sacrificed the ram on the altar.”(Genesis 22:9–12)

God informed Jesus that one of his disciples will betray him

“When evening came, Jesus was reclining at the table with the Twelve.And while they were eating, he said, “Truly I tell you, one of you will betray me. They were very sad and began to say to him one after the other, “Surely you don’t mean me, Lord?”Jesus replied, “The one who has dipped his hand into the bowl with me will betray me.The Son of Man will go just as it is written about him. But woe to that man who betrays the Son of Man! It would be better for him if he had not been born. Then Judas, the one who would betray him, said, “Surely you don’t mean me, Rabbi? Jesus answered, “You have said so.”(Mathew 26:20-25)

Jesus Was Sad, He Did not Want To Die, And Confirmed that He Will Not Die

Jesus As A Human Being Prayed To God, And Did Not Lose Hope

“[When he] went forward a little, and fell on the ground, and prayed that, if it were possible, the hour might pass from him.”(Mark 14:35)

“But I will hope continually, and will still praise You more and more.  My mouth will show forth Your righteousness [and] Your salvation all the day; for I do not know the numbers [thereof].”(Psalms 71:14 – 15)

The enemies’ plan and God’s plan

“Why do the nations conspire, and the peoples plot in vain? The kings of the earth rise up and the rulers band together against the Lord and against his anointed, saying, Let us break their chains and throw off their shackles.”The One enthroned in heaven laughs; the Lord scoffs at them. He rebukes them in his anger and terrifies them in his wrath, saying, I have installed my king on Zion, my holy mountain. I will proclaim the Lord’s decree.”(Pslams2)

“[For] the transgressors will be destroyed together, the end of the wicked will be cut off.” (Psalms 37:38)

“I waited patiently for the Lord; and He inclined to me, and heard my cry.He brought me up also out of a horrible pit, out of the miry clay, and set my feet upon a rock, [and] established my goings.” (Psalms 40:1 – 2)

“[And thus these] disbelievers planned, but God planned.  And God is the best of planners.”(Qur’an 3:54)

“So never think that God will fail in His promise to His messengers.  Indeed, God is Almighty and Owner of Retribution.” (Qur’an 14:47)

God is the Protector of Believers

“[For] He spoke by the mouth of His holy Prophets, who have been since the world began, that we should be saved from our enemies, and from the hand of all who hate us.”(Luke 1:70 – 71)

“[And thus] We will save Our messengers and those who have believed.  Thus, it is an obligation upon Us that We save the believers.”(Qur’an 10:103)