How Islam Can Help Us Stop Smoking 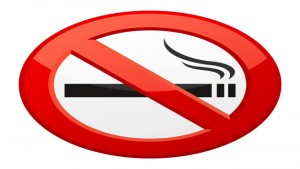 Most Muslims are aware of and try to avoid the major sins in Islam – murder, suicide, adultery, alcohol, gambling, usury, etc. Muslims are forbidden to harm themselves or others. Yet millions of Muslims all over the world are doing just that – harming, even killing themselves and their families.

Cigarettes are a recent invention which did not exist at the time of the revelation of the Qur’an in the 7th century A.D. Therefore, one cannot find a verse of Qur’an or words of the Prophet Muhammad (peace be upon him) saying clearly that “Cigarette smoking is forbidden.” However, there are many instances where the Qur’an gives us general guidelines, and calls upon us to use our reason and intelligence, and seek guidance from Allah about what is right and wrong. In the Qur’an, Allah says,

“…he [the Prophet] commands them what is just, and forbids them what is evil; he allows them as lawful what is good, and prohibits them from what is bad…” (Al-A`raf 7:157)

So what are the evils of tobacco use, for your health and for your deen (religion)?

1. Danger to your health

“…make not your own hands contribute to your destruction…” (Al-Baqarah 2:195)

It is universally understood that cigarette smoking causes a number of health problems that often ultimately result in death. Men who smoke contract lung cancer at 22 times the rate of non-smokers. Smokers are also highly at risk for heart disease, emphysema, oral cancer, stroke, etc. There are hundreds of poisonous and toxic ingredients in the cigarette itself that the smoker inhales straight into the lungs. In an authentic hadith, Prophet Muhammad (peace be upon him) said that “Whomsoever drinks poison, thereby killing himself, will sip this poison forever and ever in the fire of Jahannum (Hell).” Over 3 million people worldwide die from smoking-related causes each year.

2. Danger to your family’s health

“Those who annoy believing men and women undeservedly bear on themselves a glaring sin” (Al-Ahzab 33:58)

The Prophet (peace be upon him) said that “There should be neither harming, nor reciprocating harm.” In another hadith, the Prophet (peace be upon him) said: “Anyone who believes in Allah and the Last Day should not hurt his neighbor.” Those around the smoker inhale what is known as “second-hand smoke” – the unfiltered, poisonous waste that goes in the air around the smoker. There are over 4,000 chemicals in cigarette smoke, over 40 of which are known to cause cancer. Second-hand smoke causes or aggravates asthma, bronchitis, and other respiratory problems, especially in children.

The addiction to tobacco is a physical response that often interferes with one’s life and worship. For example, smoking is clearly forbidden during the daytime fast of Ramadan. Many addicted smokers spend their fasting days sleeping, cranky, and short-tempered, just counting the hours until they can have their fix at sunset. The most severely addicted will wait outside the mosque door for the adhan (call to prayer), and break their fast by lighting up, before taking even food or water.

Muslims are advised to refrain from eating raw onions and garlic – simply as a courtesy to those around them because of the awful smell. The same goes even more so for the reek of cigarettes, which permeates everything around the smoker – hair, clothing, home, car, etc. The Prophet (peace be upon him) said: “Whoever has eaten from such greens as garlic, onions or leek should keep away from our mosque.” Many smokers try to hide the smell by using breath mints or perfume. This does not get rid of the smell, it only masks it. Often the combination of smells is even more nauseating.

“…But spend not wastefully (your wealth) in the manner of a spendthrift. Verily spendthrifts are brothers of the devils…” (Al-Israa’ 17:26-27)

In an authentic hadith the Prophet (peace be upon him) said that: “Allah hates for you three things: gossiping, begging, and wasting money.” In the U.S. and other countries, cigarettes are taxed heavily in order to discourage this habit and reimburse the government for the overwhelming health care costs to care for those afflicted with diseases caused by smoking. Smokers often spend thousands of dollars a year that literally just go up in smoke.

In more recent times, as these dangers of tobacco use have come to be proven beyond any doubt, scholars have become more unanimous in pronouncing tobacco use clearly haram (forbidden) to believers. They now use the strongest terms to condemn this habit. For example: “In view of the harm caused by tobacco, growing, trading in and smoking of tobacco are judged to be haram (forbidden). The Prophet, peace be upon him, is reported to have said, ‘Do not harm yourselves or others.’ Furthermore, tobacco is unwholesome, and God says in the Qur’an that the Prophet, peace be upon him, ‘enjoins upon them that which is good and pure, and forbids them that which is unwholesome'” (Permanent Committee of Academic Research and Fatwa, Saudi Arabia).

As mentioned, one of the dangers of tobacco is that it is so addicting. It causes a physical response in your body when you try to give it up. Therefore, quitting is often difficult. However, with the help of Allah and the personal commitment to improve yourself for the sake of Allah, and for your own health, it is possible. It is first recommended to make the firm intention, from deep in your heart, to give up this evil habit. Trust in Allah’s words:

“…When you have taken a decision, put your trust in Allah. For Allah loves those who put their trust in Him. If Allah helps you, none can overcome you; if He forsakes you, who is – after that – that can help you? In Allah, then, let believers put their trust” (Aal `lmran 3:159-160)

Secondly, one must avoid situations where you are used to smoking, and people who do so around you. For example, if you have certain friends who gather together to smoke, make a choice to stay away from that environment for the time being. At a vulnerable stage, it is too easy to get sucked back in by having “just one.” Remember, tobacco causes a physical addiction and you must stay away completely. Drink a lot of water and keep yourself busy in other endeavors. Spend time in the mosque. Play sports. And remember the words of Allah:

“And those who strive hard in Our Cause, We will certainly guide them to Our Paths, for verily Allah is with those who do right” (Al-`Ankabut 29:69)

Living with a Smoker

If you live with or are friends with smokers, first of all encourage them to quit, for the sake of Allah, their deen, and their health. If they refuse (and ultimately we will face Allah alone), you have the right to protect your own health and the health of your family. Do not allow smoking in the house. Do not allow it in enclosed quarters with your family. Even if the smoker is a parent, we do not need to permit them to smoke merely because they are our parents or elders. The Qur’an is clear that we are not to obey our parents in things which are forbidden by Allah. Share with your loved ones the information above, and encourage them to give up this habit, for the sake of Allah.