Shura as the Islamic Version of Democracy 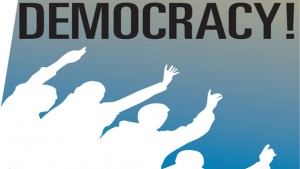 Is Islam compatible with democracy? Can Islam and democracy coexist? Is democracy forbidden in Islam? Is Islam against democracy?

The above and many similar questions are frequently asked about the possible harmony or lack of harmony between Islam and democracy.

Before giving an answer to those questions, I should provide an insight into the essence of democracy and afford a historical background to such a practice to know how it has developed into such a current form.

First of all, it is worth noting that we have various definitions of the concept of democracy. For example, Wikipedia defines democracy as “a form of government in which all eligible citizens are meant to participate equally – either directly or, through elected representatives, indirectly – in the proposal, development and establishment of the laws by which their society is run.”

Merriam-Webster defines democracy as “a form of government in which people choose leaders by voting.”

Encyclopaedia Britannica defines democracy “literally as rule by the people. The term is derived from the Greek “demokratia”, which was coined from demos (“people”) and “kratos” (“rule”) in the middle of 5th century BC to denote the political systems then existing in some Greek city-states, notably Athens.

Though democracy has ancient origins in history, its current form emerged and was established in the aftermath of the French revolution, which was not just a local event but such an epoch-making action which changed the course of history not only across Europe and the West but also all over the world.

The French Revolution fundamentally challenged the monarchical rule “by God’s will” and gave rise to the middle class that resented the privileges of the clergy (in their role as the First Estate) and nobility (in their role as the Second Estate). Not only the West but also the whole world followed in the footsteps of the French.

Up to this point of time, peoples all over the world used to turn for guidance to religion as the word of God which, they believed, would certainly ensure their worldly and otherworldly happiness.

However, when people in France felt that religion (Christianity) did not work for them but for the rulers and the clergy, they lost confidence in religion as a source of guidance and adopted democracy which was an old philosophical concept as a way of life and a method to know which way to take in this life.

They had no other choice. It was just the public opinion and the dominant trend which had to be their source of guidance. The opinion of the majority of people was the one to be adopted. From this point on, people in the West and increasingly the whole world have shared such a deeply held conviction that democracy is the only and/or optimal source of guidance. As a result, the Western countries have imposed this conviction on all other countries in the world which may not share it as well.

Here, we must stop and ask ourselves a question: is Christianity the only religion in the world? If Christianity or the Christian clergy proved untrustworthy, does this imply that all religions or clerics are untrustworthy?

Democracy is not an axiom or a standard. It is just a questionable way of life which is open to discussion and even criticism. As Muslims, we do not object to people’s right to choose, but we object to deeming infallible the opinion of the greater number of the society members about some public affair (narrow majority) simply because the votes of lay people are taken into consideration though most of them do not have the sufficient knowledge and experience which qualify them to say “yes” or “no” to one thing or another.

Most electorate is driven by gossips and rumors, influenced by rhetoric and harangues and motivated by fancy and show. A voter will choose the most lying rather than eligible candidate. That is why his vote should not be taken into account.

Islam has a better alternative to democracy. It is Shura (public consultation). There is a big difference between democracy and Shura. Democracy is seeking the opinion of every society member, whether or not he has adequate knowledge or experience in a given affair. Shura is seeking the advice of such society members who have adequate knowledge and experience in a given affair, not to mention their reliability and trustworthy. In Islam, it is not a must to take the opinion of each society member.

Accordingly, Islam sanctions people’s right to choose their ruler and government, but this right is not up to every member of the society. It is restricted to the people of proven knowledge, experience, reliability and trustworthiness, each in one’s field of specialization. After referring to those people, it is the same whether or not all other society members are polled on a given affair.

Islam does not ratify dictatorship, but it cannot approve anarchy, mobocracy or ochlocracy. Islam is always a half-way position between two extremes. Autocracy is rejected because it depends on the discretion of one fallible person whose opinion may be right or wrong. His opinion is as fallible as himself. Likewise, mobocracy is also rejected for it is seeking guidance from a large number of people who themselves lack guidance.

It is worth noting here that Islam has established deeply rooted constants based on the Qur’an and the tradition of Prophet Muhammad as the two main sources of guidance for Muslims as individuals and a community.

Therefore, the range of choice under Islam is not as wide as under any other religious, social or political system. There are many principles that are already well defined and regulated. Thus, Muslims have only to refer to their sources of guidance and take the way shown by God and His Prophet Muhammad.

To manage their public affairs, Muslims only need such elite which have proven integrity, knowledge and experience to offer helpful advice to the ruler. Such elite does not necessarily have to be elected by every member of the classes, strata, or the walks of life they represent, but it is enough that they are held in high regard by a large number of the classes they belong to.

Islam does not hallow elections or voting in their current form except when little electorate are involved. When every voter knows a given candidate well and can judge him correctly, then voting can be held. However, when most voters do not know a given candidate well and so cannot judge him correctly, they cannot express the right opinion and so elections cannot help choose the most eligible candidate.

The Qur’an makes mention of Shura more than once. In one position, the Qur’an praises true Muslims as such people who consult together before deciding any public affair and therefore promises them great reward in the hereafter. In the Qur’an, we read:

So whatever thing you have been given – it is but [for] enjoyment of the worldly life. But what is with Allah is better and more lasting for those who have believed and upon their Lord rely… And those who have responded to their lord and established prayer and whose affair is [determined by] consultation among themselves (Ash-Shura 42:36-38)

More than once, Prophet Muhammad changed his mind and deferred to the advice of his companions where he received no pertinent revelation from God.

For example, on the day of Badr battle, Prophet Muhammad marched on hurriedly to reach the wells before Quraysh. When he reached the nearest well at Badr, he got down. Thereupon, Al-Hubab ibn Al-Mundhir ibn Al-Jamouh said: “O Messenger of God, is this a place where God commanded you to get down at and so we cannot go any farther or nearer or is it just your opinion, military tactic and strategy?” Prophet Muhammad replied: “It is just my opinion, military tactic and strategy.” Al-Hubab suggested: “O Messenger of God, this is not the correct place. But, let you get up and proceed until you go past all wells. Then, fill all wells except for only one well and dig a pool. So we will fight against the people, being able to drink while they will not be able to do until God judges between us and them.” Prophet Muhammad said: “You have expressed the correct opinion.” Then, Prophet Muhammad proceeded to respond.

Besides, in preparation for Uhud battle, Prophet Muhammad met Muslims and kept consulting with Muslims. Prophet Muhammad was of the opinion that Muslims should have remained in Medina and let the polytheists stop marching wherever they wanted to stop. If they have chosen to stay, it would have been a bad stay. If they have chosen to enter Medina, Muslims would have fought against them at roads and the streets. With Prophet Muhammad, old immigrants and Ansaris agreed. However, young Muslims, especially those who did not take part in Badr battle, urged: “O Messenger of God, let you get out with us to encounter our enemies so that they will not think that we are too cowardly and weak to encounter them.” Young Muslims kept arguing with Prophet Muhammad until he entered his house and put on his shield.

Finally, it is quite safe to say that Islam neither totally accepts democracy nor totally rejects it. It has a better alternative, namely Shura. It is such a half-way substitute to dictatorship and mobocracy, where the voice of people is heard but only the most correct opinion is taken into consideration.