Rights of Children in Islam 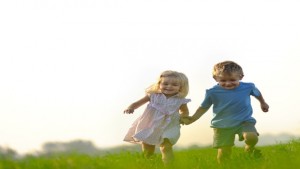 Children, according to Islam, are entitled to various rights

Let us first establish that children in accordance with the Islamic concept means both male and female. Some Islamic opponents accuse Islam of differentiating between male and female children claiming that Islam prefers boys over girls in terms of inheritance, `Aqeeqa (slaughter of two lambs upon the birth of a male baby, and one lamb only for a baby girl) and other matters. In accordance with the true Islamic teaching, both male and female are alike in the sight of Allah, the Almighty. Each, however, is physically prepared and equipped to perform certain tasks and duties that are suitable to his/her nature. All, again are equal in religious duties, except for certain exceptions that are defined and illustrated by Allah, the Almighty, in the Glorious Quran, or declared and specified by the Messenger of Allah (peace be upon him). Only these differences are to be acknowledged and honored only in accordance with Islam and its teachings.

Children, according to Islam, are entitled to various rights. The first and foremost of these rights is the right to be properly brought up, raised and educated. This means that children should be given suitable, sufficient, sound and adequate religious, ethical and moral guidance to last them for their entire lives. They should be engraved with true values, the meaning of right and wrong, true and false, correct and incorrect, appropriate and inappropriate and so on. Allah, the Almighty, stated in the Glorious Qur’an:

O ye who believe! Save yourselves and your families from a Fire whose fuel is Men and Stones. (At-Tahrim 66:6)

If parents fulfill this responsibility, they will be safe from the consequences on the Day of Judgment. The children will become better citizens and pleasure to the eyes of their parents, first in this life, and in the hereafter.

Allah, the Almighty, stated in the Glorious Quran:

And those who believe and whose families follow them in Faith, to them shall We join their families: Nor shall We deprive them (of the fruit) of aught of their works: (Yet) is each individual in pledge for his deeds. (At-Tur 52:21)

Moreover, the Messenger of Allah (peace be upon him) said: “Upon death, man’s deeds will (definitely) stop except for three deeds, namely: a continuous charitable fund, endowment or goodwill; knowledge left for people to benefit from; and pious righteous and God-fearing child who continuously prays Allah, the Almighty, for the soul of his parents.” (Muslim)

In fact, such a statement reflects the value of the proper upbringing of children. It has an everlasting effect, even after death.
Unfortunately, many parents from every walk of life, in every society, regardless of creed, origin, social and economic status, etc., have neglected this very important right of their own children over them. Such individuals have indeed lost their children as a result of their own negligence. Such parents are so careless about the time their children spend with no benefit, the friends they associate with, the places they go to, etc. Such parents do not care, are totally indifferent about where their children go, when they come back and so forth, causing the children to grow up without any responsible adult and without caring supervision. Such parents neglect even to instruct, direct or guide their children to the proper way of life, behavior or even right attitudes towards others. Yet, you may find that these parents are so careful about guarding their wealth. They are extremely concerned about their businesses, work and otherwise. They exert every possible effort to lead a very successful life in terms of materialistic gains, although all this wealth is not actually theirs. No one will take wealth to the grave.

Children are not only to be well-fed, well-groomed, properly dressed for the weather and for appearance, well-taken care of in terms of housing and utilities. It is more important to offer the child comparable care in terms of educational, religious training, and spiritual guidance. The heart of a child must be filled with faith. A child’s mind must be entertained with proper guidance, knowledge and wisdom. Clothes, food, housing, schooling are not, by any means, an indication of proper care of the child. Proper education and guidance are far more important to a child than this food, grooming and appearance.

One of the due rights of children over their parents is spending for their welfare and well-being moderately. Over-spending or negligence is not condoned, accepted or even tolerated in Islam. Such ways will have a negative effect on the child regardless of the social status. Men are urged not to be miserly to their children and households, who are their natural heirs in every religion and society. Why would one be miserly to those who are going to inherit his wealth? Children are entitled to such an important right. They are even permitted to take moderately from their parent’s wealth to sustain themselves if the parent declines to give them proper funds for their living.

Children also have the right to be treated equally in terms of financial gifts. No one should be preferred over the others. All must be treated fairly and equally. None should be deprived his gift from the parents. Denying the right of inheritance, or other financial gifts during the lifetime of the parents or the preference of a parent for one child over the other is considered according to Islam as an act of injustice.

Injustice will definitely lead to an atmosphere of hatred, anger and dismay amongst the children in a household. In fact, such an act of injustice may, most likely, lead to animosity amongst the children, and consequently, this will affect the entire family environment. In certain cases a special child may show a tender care for his aging parent, for instance, causing the parent to grant such a child a special gift, or issue him the ownership of a house, a factory, a land, a farm, a car, or any other valuable items. Islam, however, considers such a financial reward to such a caring, loving and perhaps obedient child, a wrong act.

A caring child is entitled only to a reward from Allah, the Almighty. Although it is nice to grant such a child something in appreciation for his dedication and special efforts, this must not lead to an act of disobedience to Allah, the Almighty. It may be that the heart and feelings of such a loving and caring child may change, at one point in time, causing him to become a nasty and harmful child. By the same token, a nasty child may change, at any given time, as well, to become a very caring and kind child to the same parent. The hearts and feelings are, as we all know, in the hands of Allah, the Almighty, and can be turned in any direction at any given time and without any previous notice. This, indeed, is one of the reasons for preventing the act of financial preference of a child over another. On the other hand, there is also no assurance or guarantee that a caring child can handle the financial gift of his parent wisely.

But, if a parent granted one of his children financial help to fulfill a necessity, such as a medical treatment coverage, the cost of a marriage, the cost of initializing a business, etc., then such a grant would not be categorized an act of injustice and unfairness. Such a gift will fall under the right to spend on the essential needs of the children, which is a requirement that a parent must fulfill.

Islam sees that if parents fulfill their duties towards all their children in terms of providing them with necessary training, educational backing, moral, ethical and religious education, this will definitely lead to a more caring child, a better family atmosphere and a better social environment and awareness. On the other hand, any negligence in those parental duties can lead to the loss of a child or ill treatment of the parents at a later age.
__________________
Source: missionislam.com.