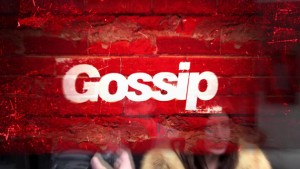 There is no denying that all divine religions prohibit gossip and curse and penalize those who spread rumors.

The Old Testament forbids circulating false reports. We read the following verse: “You shall not circulate a false report. Do not put your hand with the wicked to be an unrighteous witness.” (Exodus 23:1)

The New Testament forbids coming out with idle talk. We read the following verse: “Let no corrupting talk come out of your mouths, but only such as is good for building up, as fits the occasion, that it may give grace to those who hear.” (Ephesians 4:29)

In the Qur’an, God tells Prophet Muhammad that He would allow him to turn against the hypocrites and those who spread rumors if they do not cease to spread such rumors.

In the Qur’an, we read the following verse:

If the hypocrites and those in whose hearts is disease and those who spread rumors in al-Madinah do not cease, We will surely incite you against them; then they will not remain your neighbors therein except for a little. (Al-Ahzab 33:60)

The Qur’an also prohibits espionage and backbiting. We read the following verse:

O you who have believed, avoid much [negative] assumption. Indeed, some assumption is sin. And do not spy or backbite each other. Would one of you like to eat the flesh of his brother when dead? You would detest it. And fear Allah; indeed, Allah is Accepting of repentance and Merciful. (Al-Hujurat 49:12)

Prophet Muhammad told us that God disapproves idle talk among other things. He said: “Verily Allah disapproves three things for you: “Idle talk, wasting of wealth and persistent questioning.” (Al-Buhari)