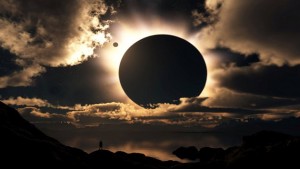 All divine religions prohibit blasphemy and consider it a sin which cannot be forgiven.

In fact, all divine religions prohibit blasphemy and consider it a sin which cannot be forgiven. A believer should avoid even the situations which are more likely to lead to blasphemy.

The Old Testament forbids blasphemy. We read the following verse: “Do not blaspheme God or curse the ruler of your people.” (Exodus 22:28)

In Islam, even indirect blasphemy is prohibited. For example, Islam prohibits Muslims from insulting pagans lest they should insult God. In the Qur’an, we read the following verse:

And do not insult those they invoke other than Allah , lest they insult Allah in enmity without knowledge. Thus We have made pleasing to every community their deeds. Then to their Lord is their return, and He will inform them about what they used to do. (Al-An`am 6:108)

According to the Islamic scripture, God considers that the allegation that He has taken a son to Himself is blasphemy. We read the following Qudsi hadith: