Pondering over the Meaning of the Qur’an 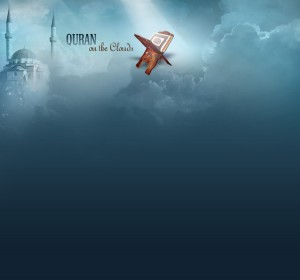 The Glorious Qur’an is full of signs, wisdom, rules, proofs, instructions, and miracles.

[This is] a blessed Book which We have revealed to you, [O Muhammad], that they might reflect upon its verses and that those of understanding would be reminded. (Sad 38:29)

Furthermore, Allah, Most High, urges people to reflect on the Glorious Qur’an saying,

Then do they not reflect upon the Qur’an? If it had been from [any] other than Allah , they would have found within it much contradiction. (An-Nisa‘ 4:82)

Then do they not reflect upon the Qur’an, or are there locks upon [their] hearts? (Muhammad: 24)

In his Jami` Al-`Ilm, Ibn `Abd AI-Barr reported on the authority of `Ali (may Allah be pleased with him) who said, “There is no good in worship without consciousness, knowledge without understanding, nor in reading without contemplation.”

Ibn `Abbas (may Allah be pleased with them both) said, “It is better to read surat Az-Zalzalah and AI-Qari`ah with contemplation than to heedlessly read Surahs AI-Baqarah and Aal-`Imran.”

[This is] a Book whose verses are perfected and then presented in detail from [one who is] Wise and Acquainted. (Hud 11:1)

The Glorious Qur’an is further described in a Prophetic hadith as follows:

The Prophet (peace be upon him) said, “(The Qur’an) comprises endless marvels … Whoever tells depending on it, will be truthful; whoever passes judgment on basis of it, will be just; whoever acts according to it, will be rewarded (by Allah); and whoever calls to it, will be guided to the straight path.” (Al-Tirmidhi)

The Glorious Qur’an is full of signs, wisdom, rules, proofs, instructions, and miracles. Therefore, deep thinking and contemplation in reading the Qur’an is the only way to realize these contents. If a reciter of the Glorious Qur’an needs to repeat the Qur’anic verses to understand and reflect on them, he is recommended to do so. This was the custom of the Prophet (peace be upon him), the Companions (may Allah be pleased with them all), and the early Muslims.

In this context, Abu Dharr (may Allah be pleased with him) reported, “One night, the Messenger of Allah (peace be upon him) led us in the Vigil Prayer, in which he repeated the following Qur’anic verse during the whole Prayer:

If You should punish them – indeed they are Your servants; but if You forgive them – indeed it is You who is the Exalted in Might, the Wise. (AI-Ma’idah 5:118)

Or do those who commit evils think We will make them like those who have believed and done righteous deeds – [make them] equal in their life and their death? Evil is that which they judge. (AI-Jathiyah 45:21)

Ibrahim ibn `Alqamah said, “I prayed beside `Abdullah (ibn Mas`ud) when he recited from the beginning of Surat Taha until he repeated the following verse thrice:

Speaking about his mother, `Urwah ibn Az-Zubayr said, “Once, I entered upon Asma’ bint Abi Bakr when she was performing Prayer reciting the Qur’anic verse that reads,

So Allah conferred favor upon us and protected us from the punishment of the Scorching Fire. (At-Tur 52:27)

Then, I stayed for a long time, then I went to the market and then returned home while she was still repeating the same verse.” (Ahmad)

`Amir ibn Qays, similarly, once commenced the Night Prayer with Surat Ghafir until he reached the verse that reads,

And warn them, [O Muhammad], of the Approaching Day, when hearts are at the throats, filled [with distress]. For the wrongdoers there will be no devoted friend and no intercessor [who is] obeyed. (Ghafir 40:18)

He repeated it until dawn.”

The righteous successors like Sa`id ibn Jubayr and Ar-Rabi` ibn Khaytham were accustomed to do the same practice. Abu Sulayman Ad-Darani said, “I used to recite and ponder on a single Qur’anic verse in the Night Prayer for four or five days. Yet, if I did not stop reflecting upon that verse, I would not pass on to another verse. ”

Source: Taken from the author’s How to Approach the Qur’an.