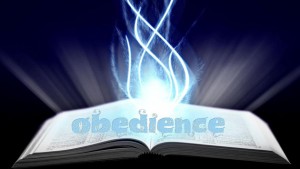 Indeed, all divine religions enjoin obedience to rulers and prohibit disobedience and insult to them for they watch over souls.

The New Testament orders obedience and submission to leaders for they watch over souls. We read the following verses: “Obey your leaders and submit to them, for they are keeping watch over your souls, as those who will have to give an account. Let them do this with joy and not with groaning, for that would be of no advantage to you.” (Hebrews 13:17)

The Qur’an also orders obedience to the rulers. We read the following verse:

O you who have believed, obey Allah and obey the Messenger and those in authority among you. And if you disagree over anything, refer it to Allah and the Messenger, if you should believe in Allah and the Last Day. That is the best [way] and best in result. (An-Nisaa’ 4:59)

Prophet Muhammad foretold that he would be succeeded by such leaders who would not follow his guidance. However, he instructed that those rulers should be still obeyed.

It is reported that Prophet Muhammad said: “There will come leaders who will not follow my guidance and will not follow my Sunnah. There will be among them men who will have hearts of devils in the bodies of humans.” A Companion of Prophet Muhammad asked, “What shall I do, O messenger of Allah, if I reach that?” He replied, “You should hear and obey the ruler even if he flogs your back and takes your wealth, then still hear and obey.” (Muslim)