God (Allah) is the Helper 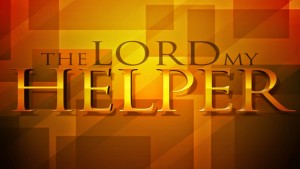 How can we believe in an alleged god who sought help from God?

The Helper in Islam

In the Qur’an, God (called “Allah” in Arabic) is described as “the Ally” and “the Helper”. We read:

God is also described as “the One Whose Help is Sought”. We read:

[The Prophet] has said, “My Lord, judge [between us] in truth. And our Lord is the Most Merciful, the One Whose Help is Sought against that which you describe.” (Al-Anbiyaa’ 21:112)

He is also described as “the All-near”. We read:

And when My servants ask you, [O Muhammad], concerning Me – indeed I am All-near. I respond to the invocation of the supplicant when he calls upon Me. So let them respond to Me [by obedience] and believe in Me that they may be [rightly] guided. (Al-Baqarah 2:186)

In addition, He is also described as “All-hearing”. We read:

Say, “The truth has come, and falsehood can neither begin [anything] nor repeat [it].” Say, “If I should err, I would only err against myself. But if I am guided, it is by what my Lord reveals to me. Indeed, He is All-hearing and All-Near.” (Saba’ 34:49-50)

Moreover, He is also described as “All-responsive”. We read:

And to Thamud [We sent] their brother Salih. He said, “O my people, worship Allah; you have no deity other than Him. He has produced you from the earth and settled you in it, so ask forgiveness of Him and then repent to Him. Indeed, my Lord is All-near and All-responsive.” (Hud 11:61)

The Helper in Christianity

In the Bible, the Old Testament describes God as “the Helper”. We read: “By the God of your father who will help you, And by the Almighty who blesses you with blessings of the heavens above, Blessings lying in the deep that couches beneath, Blessings of the [nursing] breasts and of the [fertile] womb.” (Genesis 49:25)

The Old Testament also describes God as “the Answerer”. We read: Then Jacob said unto his household and to all that were with him, “Put away the strange gods that are among you, and be clean and change your garments. And let us arise and go up to Bethel; and I will make there an altar unto God, who answered me in the day of my distress, and was with me in the way which I went.” (Genesis 35:2-3)

Ironically, we find Jesus who is taken as God in Christianity seeking God’s help in more than one situation. In the New Testament, for example, we read:

And after going a little farther, He fell face down and prayed, saying, “My Father, if it is possible [that is, consistent with Your will], let this cup pass from Me; yet not as I will, but as You will.” (Matthew 26:39)

We also read: “And about the ninth hour Jesus cried with a loud voice, saying, Eli, Eli, lama sabachthani? that is to say, My God, my God, why hast thou forsaken me?” (Matthew 27:46)

We further read: “But Jesus was saying, “Father, forgive them; for they do not know what they are doing.” And they cast lots, dividing up His garments among themselves.” (Luke 23:34)

The story of Lazarus tells us that his sister Martha asked Jesus to bring him back to life for she knew that God would give Jesus whatever he asked Him to give.

Actually, Jesus asked God to bring Lazarus back to life so that the standing crowd would believe that he was a messenger sent by God.

We read: Martha said to Jesus, “Lord, if you had been here, my brother wouldn’t have died. Even now I know that whatever you ask God, God will give you.”… So they removed the stone. Jesus looked up and said, “Father, thank you for hearing me. I know you always hear me. I say this for the benefit of the crowd standing here so that they will believe that you sent me.” Having said this, Jesus shouted with a loud voice, “Lazarus, come out!” The dead man came out, his feet bound and his hands tied, and his face covered with a cloth. Jesus said to them, “Untie him and let him go.” (John 11:21-44)

Finally, we may ask here: how can we believe in an alleged god who sought help from God?