God (Allah) is the Ever-living 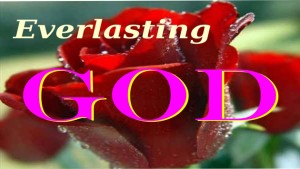 Can the Creator die while His creatures continue to exist?

One of the names and attributes of God is “the Ever-living”. It is not reasonable that the Lord of this universe is dead. Rather, He should have eternal life. He never died, nor will He die later on. If God can die, who else may look after the universe after His death? His death will lead to that of all of His creatures. Can the Creator die while His creatures continue to exist?

The Ever-living in Islam

In the Qur’an, God (called “Allah” in Arabic) is described as the Ever-living Who does not die. For example, We read:

Allah – there is no deity except Him, the Ever-living, the Sustainer of [all] existence. Neither drowsiness overtakes Him nor sleep. To Him belongs whatever is in the heavens and whatever is on the earth. (Al-Baqarah 2:255)

And rely upon the Ever-living who does not die, and exalt [Allah] with His praise. And sufficient is He to be, with the sins of His servants, Acquainted (Al-Furqan 25:58)

He is the Ever-living; there is no deity except Him, so call upon Him, [being] sincere to Him in religion. [All] praise is [due] to Allah, Lord of the worlds. (Ghafir 40:65)

God is also described as “the Inheritor”, i.e. the One Who remains alive after the annihilation of the universe, in Whom everything will be vested. We read:

And how many a city have We destroyed that was insolent in its [way of] living, and those are their dwellings which have not been inhabited after them except briefly. And it is We who were the Inheritor. (Al-Qasas 28:58)

God is also described as “the Everlasting”, i.e. the One Who continues to exist after the extinction of everything. We read:

Everyone upon the earth will perish, and there will last the Face of your Lord, Owner of Majesty and Honor. (Ar-Rahman 55:26-27)

The Ever-living in Christianity

In the Bible, the New Testament describes God as “the Living”. We read: “And saying, Sirs, why do ye these things? We also are men of like passions with you, and preach unto you that ye should turn from these vanities unto the living God, which made heaven, and earth, and the sea, and all things that are therein.” (Acts 14:15)

Though Jesus is referred to as “the Son of the living God”, this description is not restricted to Jesus alone but is given not only to the people of Israel but also to the other peoples as well. We read: And in the place where it was said to them, “You aren’t my people,” there they will be called “the living God’s children.” (Romans 9:26)

However, unfortunately, the present-day Christian belief system is based on belief in Jesus’ death and killing at the hands of Romans and Jews. As a matter of fact, this belief goes against the very divinity of Jesus simply because God is supposed to be the Ever-living Who does not die. If God dies, all of His creatures will die and the whole universe will perish. Who may give life to and take care of the universe if God Himself dies?

In the New Testament, about Jesus’ death and killing, we read: At about three Jesus cried out with a loud shout, “Eli, Eli, lama sabachthani,” which means, “My God, my God, why have you left me?” After hearing him, some standing there said, “He’s calling Elijah.” One of them ran over, took a sponge full of vinegar, and put it on a pole. He offered it to Jesus to drink. But the rest of them said, “Let’s see if Elijah will come and save him.” Again Jesus cried out with a loud shout. Then he died. (Matthew 27:46-50)

Now, we may ask: how can Jesus be God though he died even for three days and three nights? Who else sustained the universe during the death of Jesus? If the three-person god in Christianity really happened to lose one of his three persons, how could the world survive in the presence of an incomplete god? If it could survive the death of one person of God, this very fact negates the divinity of this alleged person simply because the world did without and did not need him.

The true God is indispensable to this universe which cannot do without Him for it is in permanent need of His divine sustainment.

19 thoughts on “God (Allah) is the Ever-living”

Think you got something wrong. Only Jesus’ body died but not his Spirit: . . . “It is finished!” And He bowed His head and gave up His spirit. John 19:30

For just as the body without the spirit is dead, so also faith without works is dead. James 2:26

Did Jesus rise up from the dead with body and spirit or spirit only?

His body rose again as his spirit entered into it again.

Where was the spirit when the body was dead?

Doesn’t make a difference to me where his Spirit was if the Bible would not tell us, as there are other things not mentioned.

But the following passage tell us what Jesus was doing while Jesus’ body was dead. He visited the fallen angels or demons who were in prison for disobedience.

For Christ also died for sins once for all, the just for the unjust, so that He might bring us to God, having been put to death in the flesh, but made alive in the spirit; in which also He went and made proclamation to the spirits now in prison, who once were disobedient, when the patience of God kept waiting in the days of Noah, during the construction of the ark, in which a few, that is, eight persons, were brought safely through the water. 1 Pet. 3:18-20

What happened to Jesus is the same as all people at the end of the world? What happened is called “death” (the customary death)

You misunderstood me! According to Islam, when somebody dies, his body perishes and his spirit is either blessed or tortured. On the Day of Judgment, the spirit comes back to body and people are resurrected and then they will be immortalized either in bliss or torment. This is death and resurrection in Islam and that is what happened to Jesus according to you, but you say that he did not die. So what is the difference between his death and resurrection and those of people at the end of the world?

When someone dies his body disappears. Jesus resurrected in his human body after 3 days and assceneded like this to the Father. That’s the difference.

You believe he ascened to God, don’t you? (I know, you don’t believe he died on the cross).

According to Islam, all people will be resurrected in their human bodies just as what you said about Jesus. What makes difference? What makes his death different from theirs?

Just because in Islam they teach that doesn’t make it true.

If someone is e.g. burnt or has been dead for years, his body will have disappeared.

We’ll receive a new body. If that was the same for Jesus they would have found his body but the grave was empty and his body gone because he rose from the dead.

The bottom line is Jesus died either according to Islam or Christianity. God cannot die either in body or spirit

Is the Quran the eternal word of Allah?

The one who died, is deemed to have died or may die cannot be God

Ok. I don’t agree but I unterstand what you are saying. Back to my question: Is the Quran the eternal word of Allah?

How come you believe that God died, i.e. not eternal, and ask whether the Qur’an as God’s scripture is eternal? Does that make sense?

We’ll never agree on the first point as you believe that God can not take on a human nature which dies whereas he’s not dying in his divine nature.

Answer the question and you’ll see 😉