God (Allah) is the King & Master of Kingdom 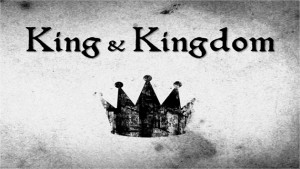 If kingdom belongs to God (called “Father” in Christianity), how can Jesus be God?

The names and attributes of God include “King” and “Master of Kingdom”. Since the Lord of this universe is its Creator, He is also the Master of its kingdom. He is rightfully entitled to those descriptions for He is the Owner of everything, and there is no other owner along with Him.

King & Master of Kingdom in Islam

In the Qur’an, God (“Allah” in Arabic) is described as the “Master of Kingdom”. We read:

God is also described as “King”. We read:

Did you, then, think that We created you in mere idle play, and that you would not have to return to Us?” Now Allah be exalted, the True King! There is no God save Him, the Lord of the Throne of Grace. (Al-Mu’minun 23:115-116)

Allah is He, besides Whom there is no god, the King, the Holy, the Giver of peace, the Granter of security, the Guardian, the Almighty, the Irresistible, the Supreme: Glory be to Allah! He is far above the shirk they commit (by associating other gods with Him). (Al-Hashr 23:59)

Kingdom and dominion are attributed to God Alone. We read:

Do you not know that to Allah belongs the dominion of the heavens and the earth, and that besides Allah you have no protector or helper!! (Al-Baqarah 2:107)

And to Allah belongs the dominion of the heavens and the earth, and Allah is over all things competent. (Aal `Imran 3:189)

Prophet Muhammad (peace be upon him) attributed mastery and kingdom solely to God Alone. It is reported on the authority of Abu Hurairah (may God be pleased with him) that Prophet Muhammad said: “There is no Master save Allah.” (Muslim)

Another report reads: “There is no King save Allah” (Muslim)

Abu Hurairah also reported that the Prophet said, “On the Day of Resurrection, Allah will hold the whole earth and fold the heaven with His right hand and say, ‘I am the King! Where are the kings of the earth?’” (Al-Bukhari)

King & Master of Kingdom in Christianity

The Old Testament tells us that kingdom belongs to God forever. We read: “The Lord reigns for ever and ever.” (Exodus 15:18)

The New Testament quotes Jesus as attributing kingdom to God. We read: “Therefore say I unto you, the kingdom of God shall be taken from you, and given to a nation bringing forth the fruits thereof.” (Matthew 21:43)

When Jesus taught prayer to his disciples, he ascribed kingdom to God. We read: “Pray then like this: ‘Our Father in heaven, hallowed be your name. Your kingdom come, your will be done, on earth as it is in heaven. Give us this day our daily bread, and forgive us our debts, as we also have forgiven our debtors. And lead us not into temptation, but deliver us from evil.’” (Matthew 6:9-13)

A question may arise here: if kingdom and dominion belong to God (called “Father” in Christianity), how can Jesus be God?