God (Allah) is the Almighty & All-powerful 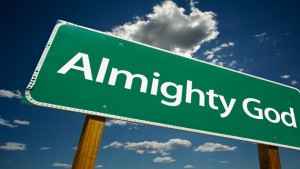 Since God (Father) is Almighty and All-powerful, and Jesus is weak, the latter cannot be God

The names and attributes of God include the “Almighty” and “All-powerful”. A god for this universe should be described as almighty. God should be Almighty, All-powerful, Steadfast, and Omnipotent. This universe can be created, managed and attended only by an almighty lord. It is unreasonable that a god is weak; how could any such feeble god create this great universe in the first place?

The Almighty & All-powerful in Islam

In the Qur’an, God (called “Allah” in Arabic) is often described as “Almighty” and “All-powerful”. We read:

They have not appraised Allah with true appraisal. Indeed, Allah is All-powerful and Exalted in Might. (Al Hajj 22:74)

Allah has written, “I will surely overcome, I and My messengers.” Indeed, Allah is All-powerful and Exalted in Might. (Al Mujadilah 58:21)

God is also described as “Lord of Power” and “Steadfast”. We read:

Similar descriptions are also given. For example, we read:

And [yet], among the people are those who take other than Allah as equals [to Him]. They love them as they [should] love Allah. But those who believe are stronger in love for Allah. And if only they who have wronged would consider [that] when they see the punishment, [they will be certain] that all power belongs to Allah and that Allah is severe in punishment. (Al-Baqarah 2:165)

The Almighty & All-powerful in Christianity

In the Old Testament, the Bible often describes God as “Almighty”. For example, we read: Who is like you, Lord God Almighty? You, Lord, are mighty, and your faithfulness surrounds you. You rule over the surging sea; when its waves mount up, you still them. (Psalm 89:8-9)

We also read: This is what the Lord Almighty says: “The people of Israel are oppressed, and the people of Judah as well. All their captors hold them fast, refusing to let them go. Yet their Redeemer is strong; the Lord Almighty is his name. He will vigorously defend their cause so that he may bring rest to their land, but unrest to those who live in Babylon.” (Jeremiah 50:33-34)

In the New Testament, we find that the Bible attributes weakness to Jesus. For example, we read: “For he was crucified in weakness, but lives by the power of God, for we also are weak in him, but in dealing with you we will live with him by the power of God” (2 Corinthians 13:4)

Moreover, the Bible tells us that it is God (called “Father” in Christianity) Who strengthens Jesus as well as his weakness. The New Testament relates to us that upon the alleged crucifixion of Jesus an angel went down from heaven to strengthen him. We read:

And he withdrew from them about a stone’s throw, and knelt down and prayed, saying, “Father, if you are willing, remove this cup from me. Nevertheless, not my will, but yours, be done.” And there appeared to him an angel from heaven, strengthening him. And being in an agony he prayed more earnestly; and his sweat became like great drops of blood falling down to the ground. (Luke 22:41-44)

Since God (Father) is Almighty and All-powerful, and Jesus is weak and derives his power from God, he cannot be God, for God cannot be weak or derive his power from others; He is the Strong Almighty Who strengthens others.