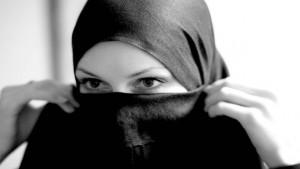 Is it reasonable that Islam discriminates against the rich, the merchants or womankind?

Here is the controversial hadith:

Abu Said Al-Khudri narrated that the Messenger of Allah once went out to the Musalla (to offer the prayer) on `Id-al-Adha (Greater Bairam) or `Id-al-Fitr (Lesser Bairam). Then he passed by women and said, “O women! Give alms, as I have seen that the majority of the dwellers of Hell-fire were you (women).” They asked, “Why is it so, O Messenger of Allah?” He replied, “You curse frequently and are ungrateful to your husbands. I have not seen anyone who is deficient in intelligence and religion but able to cause a cautious, sensible man to lose his reason more than one of you.” The women asked, “O Messenger of Allah! What is deficient in our intelligence and religion?” He said, “Is not the witness of two women equal to the witness of one man?” They replied in the affirmative. He said, “This is the deficiency in her intelligence. Isn’t it true that a woman can neither pray nor fast during her menses?” The women replied in the affirmative. He said, “This is the deficiency in her religion.” (Al-Bukhari)

The above hadith involves some conceptions which are misunderstood nowadays and so used to propagate the following misconceptions: (1) women will be thrown away into the Hell-fire, (2) women are evil seducers, and (3) women are deficient in intelligence and religion.

Will Women be Thrown away into the Hell-fire?

Unfortunately, the above hadith is used as evidence that according to Islam women will be thrown away into the Hell-fire. This hadith is used as a basis for the false claim that Islam views womankind as inferior for they are evil beings and as a result they should be tortured.

This is an attempt to give Islam such a negative image which Judaism and Christianity have when it comes to women. Some critics of Islam endeavor to cause the above hadith to look like the following verses in the bible:

“To the woman he said, ‘I will make your pains in childbearing very severe; with painful labor you will give birth to children. Your desire will be for your husband, and he will rule over you.’” (Genesis 3:16)

The enemies of Islam try to portray Islam as such a religion which promotes the hate of woman and encourages their persecution as may be understood from the bible.

He also said: “The poor Immigrants will enter Paradise five hundred years ahead of the rich Immigrants.” (Al-Tirmidhi)

Isma’il bin `Ubaid bin Rifa`ah narrated from his father, from his grandfather, that he went with the Messenger of Allah to the Musalla, and he saw people doing business, so he said: “O people of trade!” and they replied to the Messenger of Allah turning their necks and their gazes towards him, and he said: “Indeed the merchants will be resurrected on the Day of judgment as wicked people, except the one who has fear of Allah, behaves charitably and is truthful.”

Now, is it reasonable that Islam discriminates against the rich, the merchants or womankind? Does it sound rational that Islam does not like those groups of people?

It is apparent enough that such classes of people commit common sins which Islam warns them against. So if the members of such classes pay heed to such a warning and desist from committing such sins, they will survive the Hell-fire. Otherwise, they will be thrown into it.

However, Allah foreknew that most women, rich people and traders will continue to commit the stated sins prohibited above. Therefore, He told Prophet Muhammad that they will account for the majority of the inmates of the Hell-fire.

To tell the truth, I myself don’t see anything wrong with the following statement of Prophet Muhammad: “I have not seen anyone who is deficient in intelligence and religion but able to cause a cautious sensible man to lose his reason than one of you.”

Prophet Muhammad made the above statement for two purposes: (1) as a reason why women will constitute the majority of the dwellers of the Hell-fire, (2) express his personal wonder at some women’s mighty influence over even a cautious, sensible man.

Prophet Muhammad did not say: “than you” (meaning all women). He rather said: “than one of you”. He wanted to say that there are some women who can capture the heart of even a cautious, sensible man to the extent that he may, as a result, lose all sense and reason. Thus, such a sort of man may be impelled to do something wrong. There is no doubt that such cunning women deserve to be thrown into the Hell-fire.

Are Women Deficient in Intelligence and Religion?

As evidence that Prophet Muhammad did not mean to underestimate women, the reasons he cited for women’s deficiency are beyond their control. Islam does not blame a human being for something which is beyond his/her control. Allah says in the Qur’an:

Allah does not charge a soul except [with that within] its capacity. (Al-Baqarah 2:286)

Are Women Inferior for They are Deficient in Intelligence and Religion?

As for deficiency in intelligence which is represented in viewing man’s testimony as double the woman’s and rejecting woman’s testimony in certain situations, this is attributable to the fact that women are by nature too emotional and sentimental. This is not something bad, but this is good when put in its relevant context. A woman is supposed to be a wife, mother and/or sister. It will be very good for her to be emotional towards her husband, children or kindred for those people are in dire need of her emotions. She is the source of emotion in their lives. They may have no source of emotion other than her.

Yet, a witness should not be emotional. We need him to be quite neutral and objective. He is just to tell us what he knows about the case in hand without additions, omissions, personal sentiments or subjective impressions. This job is better done by a man.

A woman intrinsically tends to share her own sentiments and impressions about any given incident or occurrence. She may give such subjective accounts of the event which are open to addition or omission according to the woman’s personal tendency. If she is sympathetic towards some party, she will, either voluntary or involuntary, try to side with him/her, and vice versa. This is not acceptable when it comes to testimony in the court of law. That is why a woman’s testimony sometimes needs to be corroborated by a man’s, and is sometimes rejected in the highly sensitive cases.

However, this does not mean that woman is absolutely deficient in intelligence. This just means that her involvement in matters of testimony in the court of law is relatively limited for she does not have all the required faculties and man is better qualified for this job.

Nevertheless, as reflected by Prophet Muhammad’s wonder expressed in the above hadith, woman is superior in intelligence in some situations. In the Qur’an, we read the following verse:

So when her husband saw his shirt torn from the back, he said, ‘Indeed, it is of the women’s plan. Indeed, your plan is great.’ (Yusuf 12:28)

By nature, man has some qualities which qualify him to be a reliable witness such as objectivity, wisdom, neutrality, sobriety etc.

Though woman is much weaker, she managed to develop her own strength which is not necessarily a physical one. She is characterized by cunning, slyness, craftiness, wiliness, artfulness, and care about details etc. Woman has soft, intangible power which, in many situations, is far more considerable than man’s hard, tangible power.

She is able to easily defeat man in any battle where she has the chance to wield her own destructive weapons. It is ironical that woman can first strip man of his hard power before using her own soft power. More astonishingly, man is defeated in many battles quite willingly if woman is foxy enough to persuade him to get defeated without much effort.

As man knows that woman is much weaker than him, he does not take the necessary precautions, and she exploits that by launching such a sudden attack which is met with no or little resistance. This is always the case in all battles ending in woman’s victory.

Woman’s physical weakness is compensated for by such exclusive, superior intellectual faculties which man does not have, nor can he confront. Thus, Allah is not unfair towards women by creating them as such human beings which are weaker in physique. He gives them soft power instead to be used when necessary. Such soft power becomes much more enormous than man’s hard power if it is properly employed.

As for deficiency in religion, firm belief is usually brought about by doing as many good works as possible. Sometimes, as Prophet Muhammad indicated, a woman cannot do acts of worship. She sometimes cannot offer prayer or observe fasting. This is something which affects her religiousness and derogates from her faith.

However, as I have just pointed out, a woman’s inability to do acts of worship at some times is beyond her human capacity. Why are women stigmatized as deficient in religion for something beyond their capability?

In reality, the amount of good works which are necessary for somebody to enter Paradise is not the same for all people. Rather, they differ from somebody to another and from a group of people to another according to their natural abilities and capabilities.

For example, the good works which should be done by men for them to enter Paradise are much more than women’s. Men have much more duties and obligations. They are responsible for themselves as well as women. They have commitments both inside and outside home. They are obliged to engage in more forms of Jihad including the armed one. They shoulder more responsibilities as the leaders of families and communities.

On the other hand, women have fewer duties and obligations. They are bound to do fewer good deeds to enter Paradise. Most of their responsibilities are confined to home. They don’t have considerable obligations outside. They are not held responsible for anybody even themselves. In Islam, they are always kept in the custody of some man, be he a father, brother, husband, son or any other kinsman.

Prophet Muhammad said: “If a woman offers her five daily prayers, fasts during her month (Ramadan), guards her chastity, and obeys her husband, then it will be said to her ‘Enter Paradise from whichever gate you wish.’” (Ibn Hibban)

A man has much more duties and so the above good deeds in a woman’s case are not sufficient for him to enter Paradise.

Still, somebody may argue that if Islam really gives women special status and exceptional privileges, why did Prophet Muhammad stigmatize women as “deficient in intelligence and religion” in such a seemingly degrading manner?

Finally, womankind is not described as “deficient in intelligence and religion” for they are naturally deficient. Islam is too fair to blame somebody or some people for something beyond their capacity. Men themselves also have their own deficiency. However, women are so described for many women relish and persist in such deficiency though they are granted what compensates them for such deficiency.

For example, it is unfair to blame a person for belonging to a family of which many members are evil persons for he has nothing to do with his origins. It is such evil members rather than he who may be blamed for that. However, if he proves a wicked wrongdoer, it is justifiable to dismiss him as one of evil origins.

Prophet Muhammad said such words as an admonition and warning against the stated sins given that the hadith was begun with orders for giving alms and seeking Allah’s forgiveness.