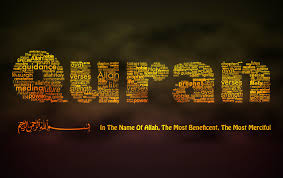 Therefore, when the facts are examined, one comes to believe faithfully that the Qur’an is the Word of Allah.

Regardless of one’s color, nationality, or tribe, anyone who believes in the Islamic message is part of the brotherhood. With the above being the case, the logical question beckons that had this been written by Muhammad (peace be upon him) as these people allege for the purpose of uniting the Arabs, then why would he have put the exact opposite message in this book? Indeed, from the story we quoted, we can see that this Islamic message actually divided the Arabs into two distinct groups: Muslims and non-Muslim.

Muhammad (peace be upon him) also had companions that were from different tribes and were other than Arab.

Other people who reject the Prophethood of Muhammad (peace be upon him) agree, because of the historical evidence of Muhammad’s (Peace be upon him) impeccable character and truthfulness, that he would not have deliberately fabricated the Qur’an and his Prophethood. So they allege for some reason that he either had epilepsy or was delusional and actually believed that he was a Prophet.

Firstly, again keeping in mind that Muhammad is perhaps history’s most well documented man, there is absolutely no evidence from his life to support this claim, and all evidence suggests that Muhammad (peace be upon him) lived a normal and sane life all the way up to his death at the age of sixty (60). However, in spite of that, we will nonetheless prove that this claim is false and malicious.

Secondly, even some Orientalists themselves have rejected these claims of epilepsy as false and ridiculous. Daniel  commenting on the claim of epilepsy said: “…epilepsy as applied to the Prophet was the explanation of those who sought to amuse rather than to instruct.” (Mohammad, the Sublime Qu’ran and Orientalism)

John Davenport said, “This remark that Muhammad has suffered the attacks of epilepsy is one of the false, awkward sayings of the Greeks by which they meant to stain the prestige of the propagator of a new religion, and turn the world of Christianity against his moral behavior and qualities.” (Udhri Taqsir)

There are various types of epilepsy, the main ones being grand mal, petit mal and psychomotor. Grand Mal includes generalized convulsions in which there is sudden unconsciousness with falling and shaking of the limbs. Sometimes the person screams just before the seizure and it is followed by stiffening and halted respiration. Next come jerky moves and one can bite one’s tongue and the person experiences a headache. Afterwards, they have no recollection of what happened.

When Muhammad (peace be upon him) received revelation, it was described like the ringing of a bell, while other times the Angel Gabriel came to him in the form of a man and delivered the message directly. When one compares grand mal to the description of Muhammad (peace be upon him) receiving revelation, it is obvious that he did not suffer from grand mal.

Petit Mal involves momentary lapses of awareness and more than seventy percent (70%) of patients have their first attack before the age of twenty. It involves no involuntary movements and can happen several times in a day without interruption of consciousness. This too, is in opposition to the description of Muhammad’s (peace be upon him) receiving revelation.

Firstly, Muhammad (peace be upon him) was forty (40) years old when he began to receive revelation. And each time he received revelation, it was for several minutes – not moments.

Psychomotor seizures involve convulsions. They last only a few seconds are accompanied with screams and mumbles which do not make words and sentences, much less entire chapters of a book which are not only completely understandable, but of the highest eloquence.

Epilepsy takes control of one’s thoughts during seizures, yet Muhammad (peace be upon him) was in complete control during the revelation and was able to recall the event in detail, unlike one who would have an epileptic seizure.

Beyond the above facts, one must ask how could Muhammad (peace be upon him) unconsciously know about previous nations? How could he unconsciously answer questions people asked him and be so correct? No one ever stood up to claim that they too are familiar with these stories. How could he know about future events which would later come to pass? How could he have known that the Persians and Romans would go to war and who would win the war years in advance?

Therefore, when the facts are examined, the epileptic seizures theories can not only be easily ruled out as absurd but we can only conclude that this claim is made out of outright maliciousness because the evidence is overwhelmingly against them. Norman Daniel commenting on the slanders made against Muhammad (peace be upon him) saying: “All writers (referring to Western Writers) tended – more or less -to cling to fantastic tales about Islam and its Prophet… The use of false evidence to attack Islam was all but universal.” (Islam and the West)

Daniel also goes on to explain: “At the worst there was the assertion of the fantastic, and its repetition without discrimination; at the best there was the selection of only those facts that served the purpose of controversy.” (Islam and the West)

Nonetheless, material gain; desire for power; desire to unify the Arabs and ever having had epilepsy are all easily ruled out when any unbiased reader one looks into the life of Muhammad (Peace be upon him).

Source: Taken from the book Who Wrote the Qur’an?