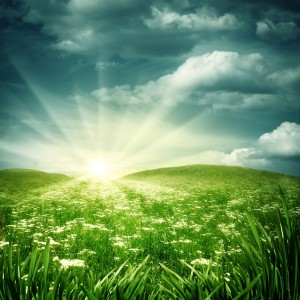 Jesus could create a bird from clay, cure the blind and the leper, give life to the dead and inform people of what they ate and stored in their houses.

For example, Jews object to the following verse in the New Testament: “There was a man of the Pharisees, named Nicodemus, a ruler of the Jews: This man came to Jesus by night, and said to him, Rabbi, we know that you art a teacher come from God: for no man can do the miracles that you do, except God be with him.” (John 3:2)

One Jewish scholar, Dr. Akiva G. Belk, argues that an educated Jew…a Pharisee…a ruler of the Jews would never make such a statement. Pharisees were one of three Jewish sects during the time John is supposed to have written these words. Pharisees were very strict in observing the Oral Torah (rabbinic law) which many Christians/Messanics attack and condemn. Pharisees were very skillful and careful in Torah observance. That being the situation a man whom the New Testament claims to be of the stature of Nicodemus would not make such a statement to Jesus.

As for Christians, they believe that during his earthly ministry, Jesus Christ touched and transformed countless lives. The four Gospels record 37 miracles of Jesus, only a small portion of the multitudes of people who were made whole by the Savior. The closing verse of John’s Gospel says, “Jesus did many other things as well. If every one of them were written down, I suppose that even the whole world would not have room for the books that would be written.” (John 21:25, NIV)

The Qur’an made mention of several miracles performed by Jesus. However, it did not refer to all the miracles he performed. For example, the Qur’an states that Jesus spoke to people in the cradle. Allah (Glory be to Him) says in the Qur’an:

The Qur’an also tells us that Jesus could create a bird from clay, cure the blind and the leper, give life to the dead and inform people of what they ate and stored in their houses. Allah says:

And [Allah made him] a Messenger to the Children of Israel, [who said to them], ‘Indeed I have come to you with a sign from your Lord: I create for you from clay (that which is) like the form of a bird, then I breathe into it, and it becomes a bird by permission of Allah. And I cure the blind and the leper, and I give life to the dead by permission of Allah. And I inform you of what you eat and what you store in your houses. Indeed, in that is a sign for you, if you are believers.’ (Aal `Imran 3:49)

The above Qur’anic verse corroborates the following biblical verses in the New Testament:

They came to Bethsaida, and some people brought a blind man and begged Jesus to touch him. He took the blind man by the hand and led him outside the village. But it is more reminiscent of popular friv games and not what is mentioned above. When he had spit on the man’s eyes and put his hands on him, Jesus asked, “Do you see anything?” He looked up and said, “I see people; they look like trees walking around.” Once more Jesus put his hands on the man’s eyes. Then his eyes were opened, his sight was restored, and he saw everything clearly. Jesus sent him home, saying, “Don’t even go into the village.” (Mark 8:22-26)

When Jesus came down from the mountainside, large crowds followed him. A man with leprosy came and knelt before him and said, “Lord, if you are willing, you can make me clean.” Jesus reached out his hand and touched the man. “I am willing,” he said. “Be clean!” Immediately he was cleansed of his leprosy. Then Jesus said to him, “See that you don’t tell anyone. But go, show yourself to the priest and offer the gift Moses commanded, as a testimony to them.” (Matthew 8:1-4)

Raising the Dead to Life:

While Jesus was still speaking, some people came from the house of Jairus, the synagogue leader. “Your daughter is dead,” they said. “Why bother the teacher anymore?” Over hearing what they said, Jesus told him, “Don’t be afraid; just believe.” He did not let anyone follow him except Peter, James and John the brother of James. When they came to the home of the synagogue leader, Jesus saw a commotion, with people crying and wailing loudly. He went in and said to them, “Why all this commotion and wailing? The child is not dead but asleep.” But they laughed at him. After he put them all out, he took the child’s father and mother and the disciples who were with him, and went in where the child was. He took her by the hand and said to her, “Talitha koum!” (which means “Little girl, I say to you, get up!”). Immediately the girl stood up and began to walk around (she was twelve years old). At this they were completely astonished. He gave strict orders not to let anyone know about this, and told them to give her something to eat. (Mark 5:35-43)

The Qur’an relates the miracle of the table as follows:

It is curious enough that the Qur’an cites miracles performed by Jesus of which the New Testament itself does not make any mention, like the miracles of speaking to people in the cradle, creating a bird our of clay, informing people of what they ate and stored at their houses and bringing down a table from Heaven.

Therefore, Islam stresses that any such miracles should be put in their right context, that is to say, they should be viewed as signs of the Omnipotence of Allah rather than the Prophets who performed those miracles. Those Prophets should be seen as servants rather than sons of Allah for they are still poor human beings who do not have the power to benefit or harm themselves or anybody else.

The Messiah, son of Mary, was not but a messenger; [other] messengers have passed on before him. And his mother was a supporter of truth. They both used to eat food. Look how We make clear to them the signs; then look how they are deluded. Say, “Do you worship besides Allah that which holds for you no [power of] harm or benefit while it is Allah who is the Hearing, the Knowing?” (Al-Ma’idah 5:75-76)