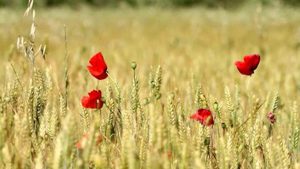 Islam and Orthodox Christianity, in respect of Mary’s conception, are agreed the Mary was kept free from actual sin by God’s grace.

The followers of the three divine religions have different attitudes towards Mary, the Mother of Jesus (peace be upon him). Jews’ positions range between degradation and inattention. Nowadays, we find them accept Mary as a Jewish mother of just a Jewish son who could or could not have been the Messiah, though he was not according to them.[i]

In the past, they used to be franker. They believed that she was a whore. According to Sanhedrin 106a, “She who was the descendant of princes and governors played the harlot with carpenters.” Also in footnote #2 to Shabbath 104b, it is stated that in the “uncensored” text of the Talmud it is written that Jesus’s mother, “Miriam the hairdresser” had sex with many men.

Though the modern rabbis may deny that the above quotations are really meant for the mother of Jesus, it is safe to say that Mary does not still receive much attention from Jews.

However, the followers of Christianity and Islam have some beliefs in common and other contradictory ones about Mary. For example, the Islamic tradition relatively resembles the Roman Catholic doctrine of the Immaculate Conception of Mary, according to which Mary was preserved from that original sin which befalls all other descendants of Adam and Eve in anticipation of her giving birth to the sinless Christ.

There is a sort of identity between Islam and Orthodox Christianity in respect of Mary’s conception. All Orthodox are agreed the Mary was kept free from actual sin by God’s grace.[ii]

In the Qur’an, we read the story of Mary’s nativity as follows:

[Mention, O Muhammad], when the wife of `Imran said, “My Lord, indeed I have pledged to You what is in my womb, consecrated [for Your service], so accept this from me. Indeed, You are the Hearing, the Knowing.” But when she delivered her, she said, “My Lord, I have delivered a female.” And Allah was most knowing of what she delivered, “And the male is not like the female. And I have named her Mary, and I seek refuge for her in You and [for] her descendants from Satan, the expelled [from the mercy of Allah.]” So her Lord accepted her with good acceptance and caused her to grow in a good manner and put her in the care of Zechariah. Every time Zechariah entered upon her in the prayer chamber, he found with her provision. He said, “O Mary, from where is this [coming] to you?” She said, “It is from Allah. Indeed, Allah provides for whom He wills without account.” (Aal `Imran 3:35-37)

In the above Qur’anic verses, we also read the story of Mary’s Dedication to the Temple and placing her in charge of Zechariah. It is an event not recounted in the New Testament, but in the apocryphal Infancy Narrative of James. According to that text, Mary’s parents, Joachim and Anne, who had been childless, received a heavenly message that they would have a child. In thanksgiving for the gift of their daughter, they brought her, when still a child, to the Temple in Jerusalem to consecrate her to God. Later versions of the story (such as the Gospel of Pseudo-Matthew and the Gospel of the Nativity of Mary) tell us that Mary was taken to the Temple at around the age of three in fulfillment of a vow. Tradition held that she was to remain there to be educated in preparation for her role as Mother of God.

The Protevangel of James, begins with an account of the birth of Mary to Joachim and Anne in their old age, when they had given up all hope of having children. Like the infant Samuel in the Old Testament, Mary was dedicated by her grateful mother to the service of god in the temple, and there she was placed in [the] charge of the priest Zechariah.

Both Christians and Muslims believe that Mary, the mother of Jesus, was virgin. In the New Testament, we find the following verse which refers to Mary: “Behold, the virgin shall conceive and bear a son…” (Matthew 1:23)

When the Negus summoned the Muslims who sought refuge in him and put the question: “What do you say about Jesus, the son of Mary?” Ja`far replied: “Regarding him, we only say what has been revealed to our Prophet.” The Negus asked again: “And what is that?” Ja`far responded: “Our Prophet says that Jesus is the servant of Allah and His Prophet, as well as His spirit and word which He cast into Mary the Virgin.”

Not only does Islam recognize that Mary was virgin, but it also dismisses anybody alleging that Mary was not virgin as a disbeliever. In the Qur’an, we read the following verse:

And [We cursed them] for their disbelief and their saying against Mary a great slander. (An-Nisaa’ 4:156)