The Last Day according to Judaism, Christianity and Islam (1/2) 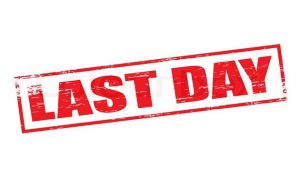 Judgment according to Muslims is the clearest and fairest ever

There is no doubt that clear end and evident reward or punishment, inter alia, indicate whether or not a religion is true and from God. Also, just judgment distinguishes the true religion from the false ones.

God is surely just and fair and He may have justice and even grace only for His creatures. His judgment is equally just and free from any sort of injustice.

The Last Day according to Judaism

Though Jews believe in the Last Day, we do not find out any clear portents or descriptions of the Last Day or its events. All what we find is prolonged handling of a day at the end of times on which all arrogant and wicked people will perish and the sun will rise with healing for the righteous.

In the Old Testament, we read: “For behold, the day comes that shall burn like an oven, and all the proud and arrogant, yes, and all that do wickedly and are lawless, shall be stubble; the day that comes shall burn them up, says the Lord of hosts, so that it will leave them neither root nor branch. But unto you who revere and worship fully fear My name shall the Sun of Righteousness arise with healing in His wings and His beams, and you shall go forth and gambol like calves [released] from the stall and leap for joy. And you shall tread down the lawless and wicked, for they shall be ashes under the soles of your feet in the day that I shall do this, says the Lord of hosts.” (Malachi 4:1-3)

It goes without saying that the righteous surviving above are the Children of Israel and the doomed are the other nations. About that, we read in the Old Testament: “And this shall be the plague wherewith the Lord will smite all the peoples that have warred against Jerusalem: their flesh shall rot away while they stand upon their feet and their eyes shall corrode away in their sockets and their tongue shall decay away in their mouth. And in that day there shall be a great confusion, discomfiture, and panic among them from the Lord; and they shall seize each his neighbor’s hand, and the hand of the one shall be raised against the hand of the other.” (Zechariah 14:12-13)

After this day, judgment will follow for nations and escape will be allowed for the Children of Israel. In the Old Testament we read: “The day of the Lord is near against all the nations. As you have done, so it will be done to you; your actions will make you suffer! Just as you have drunk on my holy mountain, so will all the nations around you drink; they will drink and swallow quickly, and they will be like they’ve never been before. But on Mount Zion there will be those who escape, and it will be holy; and the house of Jacob will drive out those who drove them out.” (Obadiah 15-17)

There will be also resurrection and then requital. In the Old Testament, we read: “At that time, Michael the great leader who guards your people will take his stand. It will be a difficult time—nothing like it has ever happened since nations first appeared. But at that time every one of your people who is found written in the scroll will be rescued.” (Daniel 12:1)

The Last Day according to Christianity

As for the descriptions of this day, the sun and the moon will darken, stars will fall down and angels will blow a great trumpet. Thereupon, Christians will be saved as they will be gathered from the four corners of the earth, whereas all tribes of the earth will be full of sadness.

About the portents and descriptions of the Last Day, we read in the New Testament: “Now immediately after the suffering of that time the sun will become dark, and the moon won’t give its light. The stars will fall from the sky and the planets and other heavenly bodies will be shaken. Then the sign of the Human One will appear in the sky. At that time all the tribes of the earth will be full of sadness, and they will see the Human One coming in the heavenly clouds with power and great splendor. He will send his angels with the sound of a great trumpet, and they will gather his chosen ones from the four corners of the earth, from one end of the sky to the other.” (Matthew 24:29-31)

Christians believe in judgment. About this, we read in the New Testament: “I tell you that people will have to answer on Judgment Day for every useless word they speak.” (Matthew 12:36)

The Last Day according to Islam

In Islam, this day has certain portents which are mentioned in a standalone post. As for the descriptions of this day, they resemble their counterparts in Christianity. For example, a horn will be blown. In the Qur’an, we read:

And it is He who created the heavens and earth in truth. And the day He says, “Be,” and it is, His word is the truth. And His is the dominion [on] the Day the Horn is blown. [He is] Knower of the unseen and the witnessed; and He is the Wise, the Acquainted. (Al-An`am 6:73)

He asks, “When is the Day of Resurrection?” So when vision is dazzled and the moon darkens and the sun and the moon are joined, man will say on that Day, “Where is the [place of] escape?” (Al-Qiyamah 75:6-10)

Like Jews and Christians, Muslims believe in judgment. In the Qur’an, we read:

Our Lord, surely You will gather the people for a Day about which there is no doubt. Indeed, Allah does not fail in His promise. (Aal `Imran 3:9)

Indeed, those who believed and those who were Jews or Christians or Sabeans [before Prophet Muhammad] – those [among them] who believed in Allah and the Last Day and did righteousness – will have their reward with their Lord, and no fear will there be concerning them, nor will they grieve. (Al-Baqarah 2:62)

At last, we notice that the portents and descriptions of the Last Day according to Jews and Christians are not as clear and just as Muslims for the Qur’an deals with the Last Day clearly and confirms justice thereon unlike the scriptures of the Jews and the Christians.

Heaven (Paradise) and Hell according to Jews, Christians and Muslims