Khamr (Intoxicants) between Islam and Christianity

It goes without saying that Khamr (intoxicants) is explicitly prohibited in Islam. Several texts forbid Khamr in the glorious Qur’an and the Prophetic Sunnah (traditions). For example, in the Qur’an, God says:

They ask you about Khamr and gambling. Say, “In them is great sin and [yet, some] benefit for people. But their sin is greater than their benefit.” (Al-Baqarah 2:219)

O you who have believed, indeed, Khamr, gambling, [sacrificing on] stone alters [to other than God], and divining arrows are but defilement from the work of Satan, so avoid it that you may be successful. Satan only wants to cause between you animosity and hatred through Khamr and gambling and to avert you from the remembrance of God and from prayer. So will you not desist? (Al-Ma’idah 5:90-91) 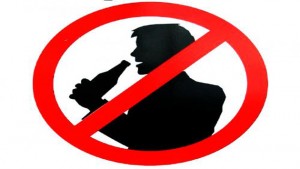 Khamr (intoxicants) is prohibited in all divine messages, including Judaism, Christianity and Islam

The Commander of Believers, `Uthman ibn `Affan, (may God be pleased with him) said: “I heard the Messenger of God as saying: ‘Avoid Khamr for it is the mother of all evils…for by God faith and Khamr cannot coexist but, one of them will soon expel the other.’” (Al-Bayhaqi & Ibn Hibban)

In the Old Testament, we read: “Do not drink wine nor strong drink, thou, nor thy sons with thee, when ye go into the tabernacle of the congregation, lest ye die: it shall be a statute for ever throughout your generations: And that ye may put difference between holy and unholy, and between unclean and clean; And that ye may teach the children of Israel all the statutes which the Lord hath spoken unto them by the hand of Moses.” (Leviticus 10:9-11)

We also read: “The Lord said to Moses, “Speak to the Israelites and say to them: ‘If a man or woman wants to make a special vow, a vow of dedication to the Lord as a Nazirite, they must abstain from wine and other fermented drink and must not drink vinegar made from wine or other fermented drink. They must not drink grape juice or eat grapes or raisins. As long as they remain under their Nazirite vow, they must not eat anything that comes from the grapevine, not even the seeds or skins.” (Numbers 6:1-4)

As for the New Testament, it praises Prophet John the son of Zechariah for he would not drink wine or strong drinks. We read: “But the angel said to him, ‘Do not be afraid, Zechariah, for your prayer has been heard, and your wife Elizabeth will bear you a son, and you shall call his name John. And you will have joy and gladness, and many will rejoice at his birth, for he will be great before the Lord. And he must not drink wine or strong drink, and he will be filled with the Holy Spirit, even from his mother’s womb.’” (Luke 1:13-15)

The New Testament tells us that Jesus Christ did not accept drinking wine before his ascension. We read: “And they offered him wine mixed with myrrh, but he did not take it.” (Mark 15:23)

The New Testament expressly prohibits wine and intoxication. We read: “Do not get drunk on wine, which leads to debauchery. Instead, be filled with the Spirit.” (Ephesians 5:18)

The New Testament explicitly prohibits bishops, deacons, aged women and average Christians from getting addicted to wine. We read: “A bishop then must be blameless, the husband of one wife, vigilant, sober, of good behavior, given to hospitality, apt to teach; not given to wine, no striker, not greedy of filthy lucre; but patient, not a brawler, not covetous.” (1 Timothy 3:2-3)

We also read: “Deacons, likewise, are to be men worthy of respect, sincere, not indulging in much wine, and not pursuing dishonest gain.” (1 Timothy 3:8), “The aged women likewise, that they be in behavior as becometh holiness, not false accusers, not given to much wine, teachers of good things.” (Titus 2:3)

We further read: “For the time past of our life may suffice us to have wrought the will of the Gentiles, when we walked in lasciviousness, lusts, excess of wine, revellings, banquetings, and abominable idolatries.” (1 Peter 4:3)

Thus, clear-cut verses from the Holy Scriptures in Judaism, Christianity and Islam are unanimous about the prohibition of Khamr.

However, there are some Christians who claim that it is permissible to consume Khamr. In support of their claim, they quote some equivocal verses from the Bible. Unfortunately, such verses which seemingly convey an impression that Khamr is permissible are interpolated into the Bible.

In the Bible including the Old Testament and the New Testament, we find many verses seemingly implying the permission of Khamr consumption. For example, the Old Testament claims that Prophet Noah drank wine and got drunken and uncovered within his tent.
We read: “And Noah began to be an husbandman, and he planted a vineyard. And he drank of the wine, and was drunken; and he was uncovered within his tent.” (Genesis 9:20-21)

As for the New Testament, it tells us that Jesus Christ transformed water into wine. We read: “So Jesus came again into Cana of Galilee, where he made the water wine.” (John 4:46)

There are many other examples in the Bible which may outwardly imply the permission of Khamr consumption. However, all of those verses are definitely interpolated into the Bible. To tell the truth, Khamr is prohibited in crystal clear terms in all Holy Scriptures according to conclusive evidence from the Qur’an and Prophet Muhammad’s tradition as well as the uncorrupted parts of the Bible in both the Old Testament and the New Testament.