Between Jesus Christ, Antichrist and Mahdi 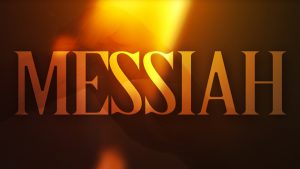 Who is the Messiah: Jesus Christ or the Jewish Antichrist?

While the followers of the different Abrahamic religions, namely Jews, Christians, and Muslims, believe in the Last Day, they differ over the portents of this day, especially the advent of such a long-awaited, prophesied person who will renew and re-empower religion on earth.

Each of those heavenly messages has a prophesied person to emerge towards the end of the world as one of the portents of the Last Day. This person differs from one divine message to another.

Though several persons from the Children of Israel are described as “anointed one” or “messiah” (e.g. 1 Samuel 24:6), Jews believe that there is a princely messiah who will emerge towards the end of the world to rebuild the temple in Jerusalem.

About that, we read in the Old Testament: “Know therefore and understand that from the going forth of the commandment to restore and to build Jerusalem until the Messiah the Prince, shall be seven weeks and threescore and two weeks; the street shall be built again, and the wall, even in troublesome times. And after threescore and two weeks shall Messiah be cut off, but not for Himself; and the people of the prince who shall come shall destroy the city and the sanctuary. And the end thereof shall be with a flood, and until the end of the war desolations are determined.” (Daniel 9:25-26)

Jews believe that the advent of this princely messiah foreshadows the restoration of their fortunes and their gathering from all nations. About that, we read in the Old Testament: “Then the Lord your God will restore your fortunes and have compassion upon you and will gather you again from all the nations where He has scattered you. Even if any of your dispersed are in the uttermost parts of the heavens, from there the Lord your God will gather you and from there will He bring you. And the Lord your God will bring you into the land which your fathers possessed, and you shall possess it; and He will do you good and multiply you above your fathers.” (Deuteronomy 30:3-5)

In the Talmud, we also read: “Israel ate in this life, will be satisfied in the times of the Messiah, and shall have some left in the world to come.” (Chapter XV – Tract Sabbath)

Jesus Christ as the Christian Messiah

Christians believe that Jesus died in order to save humanity from sin, he rose from the dead after three days and three nights and he will come back towards the end of the world to foreshadow the Last Day on which he will requite everybody according to their deeds, be they good or evil.

In the New Testament, we read: “For the Son of Man is going to come in the glory (majesty, splendor) of His Father with His angels, and then He will render account and reward every man in accordance with what he has done. Truly I tell you, there are some standing here who will not taste death before they see the Son of Man coming in (into) His kingdom.” (Matthew 16:27-28)

We also read: “Just as the darnel (weeds resembling wheat) is gathered and burned with fire, so it will be at the close of the age. The Son of Man will send forth His angels, and they will gather out of His kingdom all causes of offense [persons by whom others are drawn into error or sin] and all who do iniquity and act wickedly, And will cast them into the furnace of fire; there will be weeping and wailing and grinding of teeth. Then will the righteous (those who are upright and in right standing with God) shine forth like the sun in the kingdom of their Father. Let him who has ears [to hear] be listening, and let him consider and perceive and understand by hearing.” (Matthew 13:40-43)

Jesus Christ as the Muslim Messiah

Muslims believe that Jesus was neither killed nor crucified but was raised alive to heaven by God and he will come back towards the end of the world as a servant, prophet and messenger of God as well as a just judge who will break the cross and uphold the message of Prophet Muhammad.

Muslims also believe that Christians themselves will then believe in Jesus but as neither God nor the son of God. About that, we read in the Qur’an:

And [for] their saying, “Indeed, we have killed the Messiah, Jesus, the son of Mary, the messenger of Allah.” And they did not kill him, nor did they crucify him; but [another] was made to resemble him to them. And indeed, those who differ over it are in doubt about it. They have no knowledge of it except the following of assumption. And they did not kill him, for certain. Rather, Allah raised him to Himself. And ever is Allah Exalted in Might and Wise. And there is none from the People of the Scripture but that he will surely believe in Jesus before his death. And on the Day of Resurrection he will be against them a witness. (An-Nisaa’ 4:157:159)

And when the son of Mary was presented as an example, immediately your people laughed aloud. And they said, “Are your gods better, or is he?” They did not present the comparison except for [mere] argument. But, [in fact], they are a people prone to dispute. Jesus was not but a servant upon whom We bestowed favor, and We made him an example for the Children of Israel. And if We willed, We could have made [instead] of you angels succeeding [one another] on the earth. And indeed, Jesus will be [a sign for] knowledge of the Hour, so be not in doubt of it, and follow Me. This is a straight path. (Az-Zukhruf 43:56-61)

Abu Huraira reported that the Messenger of God said, “By Him in Whose Hands my soul is, surely (Jesus,) the son of Mary will soon descend amongst you and will judge mankind justly (as a just ruler); he will break the cross and kill the pigs and there will be no Jizya (i.e. taxation taken from non-Muslims). Money will be in abundance so that nobody will accept it, and a single prostration to God (in prayer) will be better than the whole world and whatever is in it.” Abu Huraira added “If you wish, you can recite (this verse of the Qur’an): ‘And there is none of the people of the Scriptures (Jews and Christians) but must believe in him (i.e. Jesus as a messenger of God and a human being) before his death. And on the Day of Judgment He will be a witness against them.” (4.159) (Al-Bukhari)

Muslims believe that based on some hadiths (statements of Prophet Muhammad) towards the end of the world God will empower a man from the offspring of Prophet Muhammad as a ruler over Muslims whose first and second names will be the same as Prophet Muhammad’s, i.e. “Muhammad ibn Abdullah” and will fill the earth with equity and justice as it would have been filled with oppression and tyranny.

Abu Hurairah reported that the Messenger of God said: “How will you be when the son of Mary (i.e. Jesus) descends amongst you and your Imam (leader) is from among you?” (Al-Bukhari)

Jabir ibn Abdullah reported: “I heard the Messenger of God (peace be upon him) saying: ‘A section of my people will not cease fighting for the truth and will prevail till the Day of Resurrection.’ He said: ‘Jesus son of Mary would then descend and their (Muslims’) Imam would invite him to come and lead them in prayer, but he would say: ‘No, some amongst you are Imams over some others (amongst you).’ This is honor from God for this community.’” (Muslim)

The Imam referred to above is preponderantly the prophesied Mahdi. `Abdullah ibn Mas`ud reported that the Prophet (peace be upon him) said: “If only one day of this world remained, God would lengthen that day till He set up on it a man who belongs to me or to my family whose name is the same as my name and whose father’s name is the same as my father’s, who will fill the earth with equity and justice as it has been filled with oppression and tyranny.” (Abu Dawud)

As for Jews, the role of their messiah is exaggerated for the above prophecies, if right, indicate that the reign of this messiah will be short, “And after threescore and two weeks shall Messiah be cut off.”

As for Christians, the prophecies of Jesus’ second coming themselves involve the evidence for their falsehood as they confirm that some of Jesus’ disciples would not die until Jesus came back, but all of Jesus’ disciples died a long time ago and Jesus has not come yet.

As for Muslims, the Mahdi and his advent do not stand comparison with Jesus and his descent towards the end of the world for Jesus’ descent is such a portent of the Last Day which is substantiated by the Qur’an and the Sunnah of Prophet Muhammad and Jesus will have a central role in the call to God and the fight against disbelievers and polytheists.

However, the Mahdi is not mentioned in the Qur’an and his mention in the Sunnah is less substantiated and his role is much less central than those of Jesus as a portent of the Last Day. The Mahdi will be only such a just ruler who will rule towards the end of the world and he will be one of Jesus’ aides.

It is noteworthy that Muslims believe that a Jewish messiah will emerge towards the end of the world. Nevertheless, they believe that he is not the Christ but rather the Antichrist who will be killed by Jesus upon his descent.

An-Nawwas ibn Sam`an reported that the Messenger of God said: “… He (Antichrist) would then call a person brimming with youth and strike him with the sword and cut him into two pieces and (make these pieces lie at a distance which is generally) between the archer and his target. He would then call (that young man) and he will come forward laughing with his face gleaming (with happiness) and it would be at this very time that God would send Jesus, son of Mary, and he will descend at the white minaret in the eastern side of Damascus wearing two garments lightly dyed with saffron and placing his hands on the wings of two angels. When he would lower his head, there would fall beads of perspiration from his head, and when he would raise it up, beads like pearls would scatter from it. Every non-believer who would smell the odor of his self would die and his breath would reach as far as he would be able to see. He would then search for him (Antichrist) until he would catch hold of him at the gate of Ludd and would kill him. Then a people whom God had protected would come to Jesus, son of Mary, and he would wipe their faces and would inform them of their ranks in Paradise…” (Muslim)