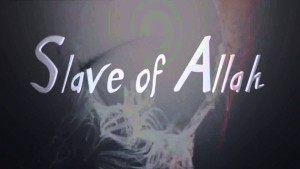 The descriptions of Jesus in the Bible include the “servant and slave of God”. However, unfortunately, the word “servant” is distorted in many translations of the Bible and translated into such words which do not indicate Jesus’ servitude of God, like “son” and “child”.

However, the word “servant” is the correct translation of the Greek word “pais” (παῖς), but the word “son” or “child” is translated in Greek into “huios” (υἱός).

The following words to be used to prove Jesus’ servitude of God derive their origin from the Greek word “pais” (παῖς), rather than “huios” (υἱός).

We observe that the Greek origin of the word “son”, for example, in Jesus’ description as “the son of man” is “huios” (υἱός). In the Disciples’ Literal New Testament, we read: And Jesus says to him, “The foxes have holes and the birds of the heaven have nests, but the Son of Man does not have a place where He may lay His head”. (Matthew 8:20)

The following is the Greek original wording of the above verses:

We observe that the original Greek of the word “son” here is “huios” (υἱός).

We read: “in order that the thing might be fulfilled having been spoken through Isaiah the prophet saying “Behold My servant whom I chose, My Beloved in Whom My soul was well-pleased: I will put My Spirit upon Him, and He will announce justice to the Gentiles.” (Matthew 12:17-18)

There are many similar verses in the New Testament. For example, we read: “The God of Abraham and the God of Isaac and the God of Jacob, the God of our fathers— He glorified His servant Jesus, Whom you indeed handed-over and denied in the presence of Pilate, that one having determined to release Him.” (Acts 3:13)

We also read: “God, having raised-up His Servant, sent Him forth to you first— blessing you in turning-away each of you from your evil-ways”.” (Acts 3:26)

We further read: For in accordance with [Your] truth, both Herod and Pontius Pilate together with the Gentiles and the peoples of Israel were gathered-together in this city against Your holy servant Jesus Whom You anointed (Acts 4:27)

Moreover, we read: “While You are stretching-out Your hand for healing, and signs and wonders are taking place through the name of Your holy servant Jesus”. (Acts 4:30)

Not only is Jesus described as “servant” “pais” (παῖς), but he is also described as “slave” “doulos” (δοῦλος). In the New Testament, we read: “Be thinking this in you, which also was in Christ Jesus—Who, while being in the form of God, did not regard the being equal with God a thing-to-be-grasped, but emptied Himself, having taken the form of a slave, having come in the likeness of humans. And having been found as a man in outward-appearance” (Philippians 2:5-7)

Thus, Jesus is the servant and slave of God according to the Bible. This is a fact which many translations of the Bible seek to hide and conceal, but it is proven by the original Greek manuscripts of the Bible.