Is Islam in Conflict with Science? 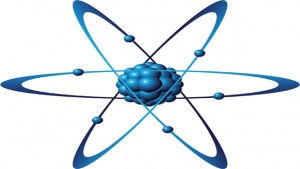 Science and Islam are intimately linked

Science and Islam are intimately linked. Islam not only places a high premium on science but positively encourages the pursuit of science. Indeed, Islam considers science as an essential prerequisite for human survival.

This sounds odd. We normally think of religion as inimically hostile to science. Wasn’t there a long and protracted war between science and Christianity? Did the Church not prosecute Galileo? But this ‘war’ between ‘science’ and ‘religion’ was purely a western affair. There is no counterpart of such mutual hostilities in Islam.

On the contrary, Islam encouraged the pursuit of scientific knowledge right from its inception. Prophet Muhammad – who himself could not read or write – emphasized that the material world can only be understood through scientific inquiry. Islamic culture, he insisted, was knowledge-based culture. He valued science over extensive worship and declared: ‘An hour’s study of nature is better than a year’s prayer.’ This is why he directed his followers to ‘listen to the words of the scientist and instill unto others the lessons of science’ and ‘go even as far as China in the quest of knowledge.’

The Quran, which the Muslims believe to be the very Word of God and clearly distinguish it from the words of Prophet Muhammad, places immense emphasis on scientific knowledge. The first Quranic word revealed to Muhammad is ‘Read’. It refers, amongst other forms of readings, to reading the ‘signs of God’ or the systematic study of nature. It is a basic tenet of the Muslim belief that the material world is full of signs of God; and these signs can only be deciphered through rational and objective inquiry. Almost one third of the Quran is devoted to the praise of scientific knowledge, objective inquiry and serious study of the material world. The Quran advises its readers to pray:

One of the most frequently cited verses of the Quran reads:

So science and Islam are, and should be, natural bed fellows. It was the religious impulse that propelled science in the Muslim civilization during the classical period, from the eighth to the fifteenth centuries. It is the neglect of science that has plunged the contemporary Muslim world in poverty and underdevelopment. The revival of Islam and the consequent emergence of a modern Islamic culture require a serious infusion of the scientific spirit in the Muslim societies.

We can see a clear demonstration of the close relationship between Islam and science in the early Muslim history. The initial drive for scientific knowledge was based on religious requirements. The need for determining accurate time for daily prayers and the direction of Mecca from anywhere in the Muslim world, establishing the correct date for the start of fasting during the month of Ramadan and the demands of the lunar Islamic calendar (which required seeing the new moon clearly) led to intense interest in celestial mechanics, optical and atmospheric physics, and spherical trigonometry. Muslim laws of inheritance led to the development of algebra. The religious requirement of annual pilgrimage to Mecca generated intense interest in geography, map making and navigational tools.

Given the special emphasis Islam placed on learning and inquiry, and the great responsibility that Muslim states took on themselves to assist in this endeavor, it was natural for Muslims to master ancient knowledge. At the instigation of power patrons, teams of translators lovingly translated Greek thought and learning into Arabic. But Muslims were not content with slavishly copying Greek knowledge; they tried to assimilate their teachings and applied their principles to their own problems, discovering new principles and methods. Scholars, such as Al-Kindi, Al-Farabi, Ibn Sina, Ibn Tufayl and Ibn Rushd subjected Greek philosophy to detailed critical scrutiny.

At the same time, serious attention was given to the empirical study of nature. Experimental science, as we understand it today, began under the Muslim civilization. ‘Scientific method’ evolved out of the work of such scientists as Jabir ibn Hayan, who laid the foundations of chemistry in the late eighth century, and Ibn Al-Haytham, who established optics as an experimental science in the tenth century. From astronomy to zoology, there was hardly a field of study that Muslim scientists did not pursue vigorously or make an original contribution to. The nature and extent of this scientific enterprise can be illustrated with four institutions which are considered typical of ‘the Golden Age of Islam’: scientific libraries, universities, hospitals and instruments for scientific observation (particularly, astronomical instruments such as celestial globes, astrolabes, sundials and observatories).

The most famous library was the ‘House of Wisdom’, founded in Baghdad by the Abbasid Caliph Al-Mamun, which played a decisive role in spreading scientific knowledge throughout the Islamic empire. In Spain, the library of Caliph Hakam II of Cordoba had a stock of 400,000 volumes. Similar libraries existed from Cairo and Damascus to as far off as Samarkand and Bukhara. The first university in the world was established at the Al-Azhar mosque in Cairo in 970. It was followed by a host of other universities in such cities as Fez and Timbuktu. Like universities, hospitals – where treatment was mostly provided free of charge – too were institutions for training and theoretical and empirical research. The Abodi hospital in Baghdad and the Kabir An-Nuri hospital in Damascus acquired world-wide reputation for their research output. Doctors were entirely free to experiment and prescribe new drugs and treatment; and wrote up their experiments in special reports which were available for public scrutiny. Many basic surgical instruments used today were first developed by Muslim doctors. Similarly, there were a string of observatories dotted throughout the Muslim world; the most influential one was established by the celebrated astronomer Nasir Al-Din Al-Tusi, who developed the ‘Tusi Couple’ which helped Copernicus to formulate his theory, at Maragha in Azerbaijan.

All this is, of course, in stark contrast to the situation of science and technology in the Muslim world today. Apart from the notable exception of Abdus-Salam, the Pakistani Noble Laureate, Muslim societies have hardly produced scientists of international repute. Scientific research has a very low priority in most Muslim states. What happened to what the historian of science, George Sarton described as ‘the miracle of Arab culture’? And what can be done to reignite the flame of scientific spirit in Muslim societies?

Numerous theories have been developed to explain the decline of science in Muslim civilization. Blame has been placed on Islamic law, family relationships and lack of protestant ethics in the Muslim culture. Even Islam itself, seen as ‘anti-progressive’ and ‘anti-science’, has been blamed. None of these theories are credible. The brutal fact is that Muslims, consciously and deliberately, abandoned scientific inquiry in favor of religious obscurantism and blind imitation.

Just as the spirit of Islam in history was defined by its scientific enterprise, so the future of Muslim societies is dependent on their relationship with science and learning. Muslims need to place science where it belongs: at the very center of the Islamic culture.
__________________
Source: plainislam.com.