Islam and Its Relation to Christianity Throughout History

From the starting point, Islam proved its reality as the religion of all humanity by its creeds which urged peaceful treatment of Christians whom it called “The Bearers of the book (Bible)”. Throughout the nearly fifteen centuries of Muslim-Christian encounter, individual adherents of both traditions often have lived peaceably with each other under the umbrella of Islam.

When the Meccan community intensified torture on Prophet Muhammad and his companions, he ordered them to migrate for a Christian ruler who was well-known to be a just and those who accompany him are not wronged. The latter received them and promised to protect them. Upon listening to the words of the Quran, the Christian king felt the close relationship between his religion and Islam to adopt Islam. 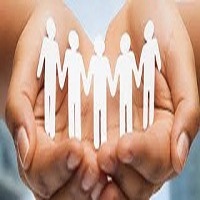 Throughout history, Islam defended weak Christians and their places of worship. They were treated justly and kindly as any other fellow human. The Quran orders Muslim to deal kindly with those peaceful Christians, “Allah forbids you not, with regard to those who fight you not for (your) Faith nor drive you out of your homes, from dealing kindly and justly with them: for Allah love those who are just” (Quran 60:8). Regarding the protection of churches, Allah says, {Did not Allah check one set of people by means of another, there would surely have been pulled down monasteries, churches, synagogues, and mosques, in which the name of Allah is commemorated in abundant measure. Allah will certainly aid those who aid his (cause)} (Quran 22:40).

One historical example of Muslims living up to the standard of Islam can be found from the time of the Spanish Inquisition. During that disaster sprung by misguided Catholics, some Spanish Jews fled to Muslim Turkey and to this day, there is a community of Spanish-speaking Jews in Turkey. Another example may be found during one of the Crusader invasions from Western Europe. Some of the Catholic Western European knights were so likely to rape, murder, and pillage the Jews and Orthodox Christians, that when the Muslims won, they were treated as a liberating force by those non-Muslims.

There is a well-known incident in the Quran that a Jewish man called Tumah ibn Ubayriq was wronged be a Muslim man who accused him of theft. The Quran declares the Jewish to be innocent and condemns the Muslim community who mistakenly and apparently sided with the Muslim man. It says,

“We have revealed to you the Scripture, with the truth, so that you judge between people in accordance with what God has shown you. And do not be an advocate for the traitors. And ask God for forgiveness. God is Forgiver and Merciful.  And do not argue on behalf of those who deceive themselves. God does not love the deceitful sinner.They hide from the people, but they cannot hide from God. He is with them, as they plot by night with words He does not approve. God comprehends what they do.There you are, arguing on their behalf in the present life, but who will argue with God on their behalf on the Day of Resurrection? Or who will be their representative? Whoever commits evil, or wrongs his soul, then implores God for forgiveness, will find God Forgiving and Merciful. And Whoever earns a sin, earns it against himself. God is Aware and Wise. And whoever commits a mistake, or a sin, and then blames it on an innocent person, has taken a slander and a clear sin. Were it not for God’s grace towards you, and His mercy, a faction of them would have managed to mislead you. But they only mislead themselves, and they cannot harm you any way”. (Quran 4:105-113)