Is Christianity or Jesus’ Message Eternal and Universal?

Such doctrine by Christians is disputable. Islam admits that the teachings of Jesus, in his time, were meant to those to whom Jesus was sent i.e. Israelites, as he says in Matthew (5:10),

“To the ways of the Gentiles do not turn, and the cities of the Samaritans do not interfere, but rather proceed to the lost sheep of the family of Israel.” Therefore, such Christian belief is contrary to the words of Christ himself.

Christ preached that, after him, false prophets would appear. He also foretold about a sincere person called Paraclete or Comforter who would come after his demise to stay with people forever. He also preached the place from which he will emerge and the characteristics of his message. 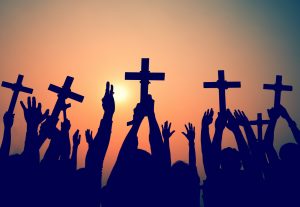 the ways of the Gentiles do not turn, and the cities of the Samaritans do not interfere, but rather proceed to the lost sheep of the family of Israel.”Matthew (5:10)

Here we see an evangelical text that seems to indicate the advent of the Prophet Muhammad, peace be upon him, and makes a hint at it. Jesus says,

“I ask the Father to give you another comforter, so that he may stay with you forever” (John 14: 16).

Some Christians claim that Prophet Muhammad neither did he meet the disciples nor he stayed forever with them because he was a man who lived for 63 years then died. Therefore, according to them he could not be the comforter mentioned in the Bible.

To clear such misunderstanding, we should understand the phrase “with you” not to refer to the “disciples”, because Jesus mentioned the word “forever” and the disciples did not live forever.

They, moreover, claimed that what is meant by “the comforter” is the Holy Spirit emanating from God because He is eternal and will stay forever with the believers in Christ.

Let’s assume that, the Holy Spirit is the comforter who will remain forever with the disciples, what about his mission of delivering revelation and message to the prophets? Would it cease?!

It seems that such evangelical text has not been saved from the hands of manipulation. From the beginning, the Bible refers to “Gabriel” as the Holy Spirit not the “comforter”.

Furthermore, Christians alleged that the phrase “send him to you”, may not apply to Prophet Muhammad because he claimed to be sent by Allah (God) as all prophets did, and the comforter will be sent by Jesus! One may, however, also ask: Will the Holy Spirit  be sent by  Jesus or by God?!

According to the Gospels, “The comforter will also be given” by Jesus, indicating that the prophet of the end of time carries the seal of prophecy between his shoulders,

“Do not seek after the mortal food, but behind the food that remains to eternal life, which the Son gives because God has put His seal on him.” (6/27).

We note the words “eternal” and “seal” which refers to an eternal message after which no message would come. Such eternal message has been achieved in the message of Prophet Muhammad, peace be upon him.

Applying, he comforter to” the Holy Spirit “, does conflict its application to Prophet Muhammad as well, because there is an evangelical text which describes the comforter as the “Spirit of Truth” as in John (16 / 12-14):

“I also have many things to say to you, but you cannot bear now. But when that Spirit of Truth comes, he will guide you to all truth because he does not speak of himself, but everything he hears, he tells it and tells you things to come. He glorifies me because He takes from me and tells you”.

It seems that the phrase denoting that the comforter would be sent by Jesus is not the words of Jesus but was rather put in his mouth by the hands of the scribes! The Holy Qur’an points out that Jesus foretold and gave glad tidings of the appearance of the Last Prophet after him:

“And [mention] when Jesus, the son of Mary, said, “O children of Israel, indeed I am the messenger of Allah to you confirming what came before me of the Torah and bringing good tidings of a messenger to come after me, whose name is Ahmad.” But when he came to them with clear evidences, they said, “This is obvious magic.” (61:6).

The Messenger of Allah (peace and blessings of Allah be upon him) said: “I am the seal of the Prophets while Adam was still at the stage of being clay while  being created (i.e. it was  decreed before the creation of Adam.’ “I will tell you the origin of this. I was the result of the invocation of my Father (great grandfather) Abraham and the glad-tidings of Jesus and the dream of my mother that came to be true “.

Prophet Muhammad (peace and blessings of Allah be upon him) came with the eternal message of Islam, including the Qur’an, which included the stories of former prophets, including Jesus. The Qur’an told much about  the life of Jesus, peace be upon him, his message to the Israelites and his mother.

The Qur’an also mentioned facts that the Prophet (peace and blessings of Allah be upon him) did not witness in his life in the Meccan Pagan-environment. Moreover, People of the Book (Jews and Christians) were few there.

He reminded them of the facts about Jesus, peace be upon him. Allah Almighty says,

“You will surely find the most intense of the people in animosity toward the believers [to be] the Jews and those who associate others with Allah; and you will find the nearest of them in affection to the believers those who say, “We are Christians.” That is because among them are priests and monks and because they are not arrogant. And when they hear what has been revealed to the Messenger, you see their eyes overflowing with tears because of what they have recognized of the truth. They say, “Our Lord, we have believed, so register us among the witnesses. And why should we not believe in Allah and what has come to us of the truth? And we aspire that our Lord will admit us [to Paradise] with the righteous people. So Allah rewarded them for what they said with gardens [in Paradise] beneath which rivers flow, wherein they abide eternally. And that is the reward of doers of good. “(5 / 82-84).

The Prophet (peace and blessings of Allah be upon him) was vulnerable in Mecca and even when he migrated to Medina he was being chased by the pagans. The Prophet did not concede neither to the call of the pagans nor to the people of the book. He rather revealed their defaults.

He did not cajole the people of the book and compromise with them so that so that they may support him. He rather said the truth to them showing what went wrong with the gospels and warned them against following falsehood as regards to the negation of his prophethood. Allah almighty says,