The Infallibility of Prophets between Islam and Christianity (2/2) 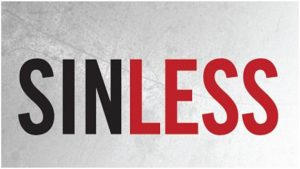 Jesus Christ and Prophet Muhammad could not commit major sins.

Most Christians claim that Jesus was the only sinless human being, unlike all other prophets. They offer as evidence Qur’anic verses and prophetic hadiths (statements) as well as biblical verses in support of their belief in Jesus’ infallibility to the exclusion of all other prophets.

As for Jesus’ infallibility, they cite the following Qur’anic verse which reports how Mary’s mother supplicated to God before Mary’s birth and how God responded to her. We read:

And I have named her Mary, and I seek refuge for her in You and [for] her descendants from Satan, the expelled [from the mercy of God]. (Aal `Imran 3:36-37)

They also cite the following hadith: Abu Hurairah reported, “I heard the Messenger of God saying, ‘There is none born among the offspring of Adam, but Satan touches it. A child, therefore, cries loudly at the time of birth because of the touch of Satan, except Mary and her child.” Then Abu Huraira recited: “And I seek refuge for her in You and [for] her descendants from Satan” (Aal `Imran 3:36) (Al-Bukhari)

In the long hadith of intercession, Jesus’ response to people when they asked him for intercession with God on the Day of Judgment is also cited.

Jesus is quoted as saying: “Today my Lord has become angry as He has never become before.” He will not mention a sin, but will say: “Myself! Myself! Myself!” (Al-Bukhari)

Christians argue that prophets asked for intercession, like Adam, Abraham, and Moses, will apologize for some sins they committed. But, Jesus will not apologize for any sin.

They also cite biblical verses indicating that Jesus is sinless. For example, we read: “For we have not a high priest which cannot be touched with the feeling of our infirmities; but was in all points tempted like as we are, yet without sin.” (Hebrews 4:15)

As evidence for the claim that Prophet Muhammad was not sinless, the following Qur’anic verse is cited for instance:

They argue that the above verse indicates that evil suggestions from Satan came to Prophet Muhammad like ordinary people.

There are also other Qur’anic verses attributing sins to Prophet Muhammad like other people. For example, we read:

So be patient, [O Muhammad]. Indeed, the promise of God is truth. And ask forgiveness for your sin and exalt [God] with praise of your Lord in the evening and the morning. (Ghafir 40:55)

We may ask: is Jesus the only sinless man? Is Prophet Muhammad really not sinless?

As a matter of fact, all children of Adam, including prophets, are sinful. Neither Moses nor Jesus nor Muhammad was without sin. However, they could not commit major sins. There are uncountable pieces of evidence for that from the Qur’an and the Bible.

As far as Jesus is concerned, he could not commit major sins, but, as a human being, could commit minor sins. There is evidence for that from the Qur’an like the following verse:

And We did not send before you any messenger or prophet except that when he spoke [or recited], Satan threw into it [some misunderstanding]. But God abolishes that which Satan throws in; then God makes precise His verses. And God is Knowing and Wise. (Al-Hajj 22:52)

In the above verse, there is evidence that all prophets of God, including Jesus, were subject to Satan’s temptation.

Anas ibn Malik reported that Prophet Muhammad said, “All of the children of Adam are sinners, and the best of sinners are those who repent.” (At-Tirmidhi & Ibn Majah)

Accordingly, as a child of Adam, Jesus was liable to sin.

The claim that only Jesus was sinless whereas all other prophets including Prophet Muhammad were sinful is false. The above quotation (Aal `Imran 3:36-37) referring to the prayer of Mary’s mother and God’s answer to the same does not necessarily mean that Mary and her son were totally immune to Satan’s temptation. It rather signifies their immunity to the total following of Satan, despite their liability to casual sinning like all other human beings.

The so-called “three temptations by Satan” cited in the Bible (Matthew 4:1-11) constitute sufficient evidence for Jesus’ vulnerability to Satan’s temptation like all other human beings.

Another piece of evidence is the following verse:

In the above, God ordered Prophet Muhammad to seek refuge in God wherever an evil suggestion came to him from Satan. This means that the act of seeking refuge in God as done by Mary’s mother does not render man immune to Satan’s temptation. It just immunizes one against the total following of Satan.

The evidence that Mary was not sinless is that she said words which can be deemed sins. She despaired of the mercy of God. About Mary, the Qur’an says:

And the pains of childbirth drove her to the trunk of a palm tree. She said, “Oh, I wish I had died before this and was in oblivion, forgotten.” (Maryam 19:23)

The hadith indicating that Satan did not touch Mary or her son Jesus is restricted to the time they were born. As for the other times in the lives of Mary and Jesus, they were exposed to Satan’s temptation like all other human beings.

This does not mean that Jesus had never committed a sin in his lifetime. Prophet Noah also will not mention a sin as a reason why he will not intercede. Does that mean that Noah also is sinless?

In Hebrews, the verse indicating that Jesus is sinless and similar verses are refuted by Jesus himself. Jesus confirmed that there is none who is good except God. In the New Testament, we read: Now behold, one came and said to Him, “Good Teacher, what good thing shall I do that I may have eternal life?” So He said to him, “Why do you call Me good? No one is good but One, that is, God. But if you want to enter into life, keep the commandments.” (Matthew 19:16-17)

We may ask here: if Jesus had been really sinless and if there had been a sinless human being, why did Jesus confirm that neither he nor others are good except for God?

The above verses from the New Testament can bear only one meaning, that is, there is no human being who can be described as absolutely good, because each of the children of Adam, including Jesus, is sinful.

The Bible itself cites words and actions of Jesus which are seen as sins. For example, we notice that Jesus’ treatment of his mother as portrayed by the Bible is devoid of the dutifulness towards parents required from average people, not to mention prophets.

For example, we read: While Jesus was speaking to the crowds, his mother and brothers stood outside trying to speak with him. Someone said to him, “Look, your mother and brothers are outside wanting to speak with you.” Jesus replied, “Who is my mother? Who are my brothers?” He stretched out his hand toward his disciples and said, “Look, here are my mother and my brothers. Whoever does the will of my Father who is in heaven is my brother, sister, and mother.” (Matthew 12:46-50)

In addition to Jesus’ maltreatment of his mother, the Bible tells us that wine was drunk by Jesus’ followers even in his presence. We read: When the wine ran out, Jesus’ mother said to him, “They don’t have any wine.” Jesus replied, “Woman, what does that have to do with me? My time hasn’t come yet.” (John 2:3-4)

As far as Muhammad is concerned, like Jesus and all other prophets, Prophet Muhammad could commit minor sins only, other than major sins.

The verses making mention of sins by and evil suggestions to Prophet Muhammad just refer to minor sins and slight flaws of godly people. That is to say, the flaws of Prophet Muhammad, Jesus, and all other prophets are not like our sins. They are rather much slighter than our sins to the extent that if most of those sins had been committed by some of us, they would not have counted as sins but they still did not beseem the prophets and messengers of God and were less preponderant and weighty as individual choices.

Maybe, Prophet Muhammad was the least sinful human being as God helped him, unlike any other human being, against his jinni (evil spirit) to the extent that it reverted to Islam.

`Abdullah ibn Mas`ud reported that Prophet Muhammad said: “There is not a single one of you except that a companion (jinni) has been assigned to him. They (the Companions) said, ‘What about you, O Messenger of God!’ He replied, ‘Yes. However, God has helped me against him and he has accepted Islam. Thus, he only commands me to do good.’” (Muslim)

To conclude, both Jesus and Prophet Muhammad are two of the best and greatest prophets and messengers of God. According to Islam, like all other prophets, they could not commit major sins. Perhaps, they committed minor sins only. Maybe, Prophet Muhammad was the least sinful human being for the last piece of evidence offered above.

_________
Read Also:
The Infallibility of Prophets between Islam and Christianity (1/2)