Illogical Accounts of the Birth of Jesus in the Bible 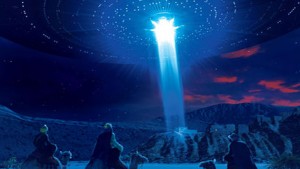 The Nativity accounts in the New Testament are illogical

Nowadays, Christians all over the world celebrate the birth of Jesus, better known as “Christmas”. As a matter of fact, each Abrahamic religion has its own account of such controversial birth.

The Old Testament is deemed to have made mention of the birth of Jesus more than once. For example, we read the following verse: “But you, O Bethlehem of Ephrathah, who are one of the little clans of Judah, from you shall come forth for me one who is to rule in Israel, whose origin is from of old, from ancient days.” (Micah 5:2)

However, old Jews ascribed Jesus to illegitimate birth. In the course of time, the Jewish rabbis have become more lenient that they believe that Jesus might have been a good teacher, but he could not have been God, Son of God or even Prophet of God.

In this article, I will deal with only two intuitive questions which quickly arise when we read the story of the birth of Jesus in the Bible.

The First Question: How did Mary Survive a Very Likely Accusation of Adultery?

While the New Testament tells us that the people thought that the child was Joseph’s, how did they accept that? How could a righteous man impregnate his righteous fiancée outside marriage? Was this acceptable at the time? This is a problem for which the accounts of the New Testament did not find a reasonable solution.

Judging by the outward situation, this should have been seen as a crime. This must have been regarded as adultery. It is noteworthy that the New Testament did not pay any attention to this matter. It did not relate that the people were told that Jesus was the Son of God. In spite of the angels’ input, the people were left with an untrue conviction that Jesus was the son of Joseph. Here a problem still exists! How could people accept the idea that Joseph slept with Mary before marriage? Can a holy baby be born as an illegitimate son?

The Second Question: Why is Jesus not Proclaimed “Son of God” to People in the Nativity Story?

It is also curious that Jesus is not proclaimed “the Son of God” to people in the story of his birth. This is also a very strange thing! If Jesus is really the Son of God, was it not more logical to declare the birth of the Son of God to people?

How could a very historic incident like the birth of the Only Son of God pass unnoticed like this? How could God let people believe that Jesus was Joseph’s son though he was allegedly His own son? Why were people not told that Jesus was the Son of God from the very beginning?

The only conclusion which we may reach here is that the story of the birth of Jesus in the Bible is not logical, reasonable or palatable.

In fact, the Qur’anic accounts of the story of the birth of Jesus are much more logical, reasonable and palatable, simply because it is coherent and consistent. We find the answer to the above two main questions in the Qur’an.

As far as Mary’s likely accusation of adultery is concerned, the Qur’an tells us how Mary survived such an accusation in a standalone chapter named after Mary. In the Qur’an, we read the following verses:

Then she brought him to her people, carrying him. They said, “O Mary, you have certainly done a thing unprecedented. O sister of Aaron, your father was not a man of evil, nor was your mother unchaste.” So she pointed to him. They said, “How can we speak to one who is a child in the cradle?”…(Maryam 19:27-29)

The Qur’an relates that Mary was commanded to just keep silent after giving birth to Jesus and let God act on her behalf. Jesus’ miraculous speech in the cradle merely served as the way out of the likely problem of the accusation of adultery.

Indeed, in more than one position, the Qur’an lets us know that when Mary was told that she would give birth to a child without a father, she herself feared the potential accusation of adultery. She wondered:

Actually, Mary’s fear of the accusation of adultery and the Qur’anic reaction to her concern sound quite logical.

As far as the status of Jesus is concerned, the Qur’anic account is very logical as well. The Qur’an tells that Jesus spoke in the cradle in defense of his mother’s honor with God’s permission. In his first words in this worldly life, Jesus declared his status for all mankind. The Qur’an quoted Jesus as saying:

[Jesus] said, “Indeed, I am the servant of God. He has given me the Scripture and made me a prophet. And He has made me blessed wherever I am and has enjoined upon me prayer and Zakah as long as I remain alive and [made me] dutiful to my mother, and He has not made me a wretched tyrant. And peace is on me the day I was born and the day I will die and the day I am raised alive.” (Maryam 19:30-33)

It is quite expected that a baby in such a case lets people who he is, so that the miraculous birth will not be misinterpreted. Unfortunately, despite this great miracle, many people still misunderstand Jesus’ status. Therefore, the Qur’an comments on and concludes the story of the birth of Jesus with the following verses:

That is Jesus, the son of Mary – the word of truth about which they are in dispute. It is not [befitting] for God to take a son; exalted is He! When He decrees an affair, He only says to it, “Be,” and it is. [Jesus said], “And indeed, God is my Lord and your Lord, so worship Him. That is a straight path.” Then the factions differed [concerning Jesus] from among them, so woe to those who disbelieved – from the scene of a tremendous Day. (Maryam 19:34-37)

Finally, now, according to the Qur’anic accounts, we may quite logically understand how Jesus was born, how Mary survived the accusation of adultery as well as any likely punishment, and how Jesus introduced himself to mankind. In a word, it is safe to say the New Testament verses in this regard are illogical, unreasonable and unpalatable.