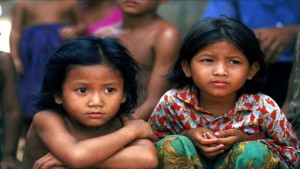 Acts of humanitarianism are an essential element of religious practice for Muslims. The Qur’anic and prophetic texts calling for humanitarian action, defining and ordering it are numerous. They are either of an obligatory or an inciting nature and do not exclude non-Muslims from humanitarian aid.

For a Muslim to undertake a humanitarian act is a way of receiving help from heaven, of erasing sins, and of meriting Paradise. The mechanisms established by the religion (e.g. zakat, waqf, kaffara) had an unprecedented impact on the lives of the population: the freeing of slaves, a significant support for the most vulnerable, and the expansion of the educational and health-care system. Nowadays faith based Muslim NGOs follow these texts to launch varied humanitarian programmes in different domains.

Humanitarianism is one of the fundamental principles of the Muslim religion. The act of giving money or helping someone in distress is not left to the free choice of the believer, but is instead an obligation in the same way as is prayer, fasting during the month of Ramadan and the pilgrimage to Mecca.

Acts of humanitarianism, whether limited to a donation in money or in kind, or of a more practical nature, such as distributing aid, are an essential element of religious practice for Muslims.

This religious dimension motivates, channels and intensifies the emotional and obligatory aspects of charity. The Quranic texts and Prophet Muhammad’s sayings calling for humanitarian action, defining and regulating it are numerous. They are either of an obligatory nature or a call for such work. To undertake a humanitarian act is a way of receiving help from heaven, of erasing sins, escaping punishment, thanking God for his mercies and meriting Paradise.

In the following article, we will see examples of how the Muslim religion, by legal (Quran verses, hadiths) and practical means, favors, stimulates and reinforces humanitarian action to make it popular, general and able to be exercised on a daily basis.

The Muslim religion considers both humanitarian actions and the duty to help as religious obligations by which all Muslims, rich and poor, are bound. Quranic texts and hadiths sometimes have an exhortatory tone encouraging charity works. “The first to enter Paradise are those who do charitable works…” (Al Bukhari)

At other times, the texts are formulated as a clear order: “Rescue prisoners, feed the hungry and look after the ill…” (Al Bukhari) But there are also numerous texts which are severe in regard to those who do not help the poor, the orphans and the slaves (see below).

The obligatory nature of charity does not end with the wording of texts; Islam has also put practical mechanisms in place to manage humanitarian aid. These arrangements are very precise, as in the case of zakat, which is explained in greater detail later in this text.

The Muslim religion insists on the translation of intent and conviction into concrete actions in all – including humanitarian – areas. It can be seen that whenever faith is evoked in the Quran, an injunction to react immediately follows and charitable acts are especially encouraged.

In fact the word “sadaka”, which means alms, comes from the Arabic word “tasdik” which means validation or confirmation. Prophet Muhammad stated, “alms is a proof…” (Ibn Rajab), a proof which shows the piety of a Muslim transformed into a concrete act of pity towards the poor. It is also a means of proving that the love of God purifies the believer’s heart of the love of materialism.

The Muslim religion considers error to be human. The behavior of man, whether in his relation to the Creator or in his relation to other creatures (humans, animals, plants…), cannot be perfect. His religion, however, forcefully recommends him to correct his mistakes and puts a series of means to do so at his disposal, such as repentance, submission to justice, and reparation for damage caused to others.

Islam also established a system allowing sins to be erased by performing humanitarian acts. In this regard the Prophet said: “Alms extinguish sins exactly as water extinguishes fire…” (Al-Bukhari)

There are a number of dispositions in the case of violating an oath, from which the following can be cited: “God will not punish you for what is unintentional in your oaths, but He will punish you for your deliberate oaths; for its expiation feed ten poor people on scale of the average of that you feed your own families, or clothe them or free a slave…” (Al-Ma’idah 5:89)

In another example, in the case of voluntary failure to observe one of the days of fasting during Ramadan without a valid reason, the Muslim must fast for sixty consecutive days or feed sixty needy people. These dispositions which we call kaffara (erasing sins) are also practiced if the believer is incapacitated, for example by health, and consequently unable to perform a ritual during the fast and the pilgrimage.