The Greatest Prophets between Christianity and Islam: 10-Prophet Joseph 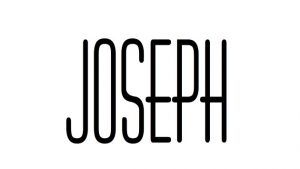 Prophet Joseph was the son of Prophet Jacob, the grandson of Prophet Isaac, and the descendant of Prophet Abraham – peace be upon all of them! He was a prophet from the children of Israel. Prophet Joseph was one of a few prophets whose stories are related in detail by the sacred texts of the Bible, especially the Old Testament, and the Qur’an with a good deal of concurrence on the main milestones.

Prophet Joseph’s story begins from (Genesis 30:24): She named him Joseph and said, “May the Lord add another son to me…”

It ends towards the end of Genesis 50, specifically (Genesis 50:26): Joseph died at the age of 110. They embalmed him and placed him in a coffin in Egypt.

In the Qur’an, a whole chapter deals with Prophet Joseph’s story in detail. That is why it is named after him “Chapter of Joseph” (Surat Yusuf). Most of its verses present the story of Prophet Joseph. The other verses involve either an introduction or a conclusion for this story.